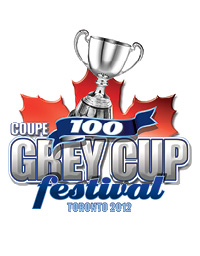 Will it be the Montreal Alouettes against the Saskatchewan Roughriders for a third consecutive year in the Grey Cup championship game? Or will two other teams break through and challenge for CFL supremacy?

If you are a diehard CFL fan, you’ve no doubt already circled November 25 on your calendar – Grey Cup Day, which is being held this year at Toronto’s Rogers Centre marking the 100th anniversary of our national pastime.

Numerous events are being planned around the huge event and now the 100th Grey Cup Festival is recruiting only the best for their 100th Grey Cup Festival MVP Volunteer Team in Toronto. If you are outgoing, enthusiastic and committed, then you have what the team is looking for to fill out their roster. It’s a chance to be drafted into the action from November 15 through November 25, 2012 and be an integral part of it all.

Fans who would like to be in on the culture and sport festival of the century can go online to 100thgreycupfestival.ca and click ‘Get Involved’ to register. With more than 1,000 volunteer positions to fill, there’s fun and excitement for fans everywhere looking to be a part of history, not to mention smack in the middle of the huge football party.

Just a few of the 1,300 potential ranks include Festival Operations, On-Site Activations, Party Hosts, Security, Transportation and many, many more. Event highlights include the Telus Street Festival, the Scotiabank Football Experience, the Nissan Family Zone, Live Concerts, a Film Festival, Team Parties, Tailgate Parties, Food Activations, it will have it all! This is your chance to shine and be a driving force behind a festival that will leave a legacy that Toronto will never forget!

In order to qualify as an MVP, you must be 19 years of age or older and be available to work a minimum of four shifts between Thursday, November 15 through Sunday, November 25, with the average shift lasting five hours per day. For a complete list of duties required, as well as instructions on how to register your application, visit 100thgreycupfestival.ca and click on ‘Get Involved’.

About the 100th Grey Cup Festival:

The 100th Grey Cup Festival is an “Invitation to Our Nation”, uniting Canadians from coast-to-coast in Toronto for a ten-day, eleven-night festival encompassing a variety of events ranging from traditional team parties, galas and player awards to a football film festival and family fun zone at great venues including the Metro Toronto Convention Centre and Yonge-Dundas Square. Complete with street parties, entertainment and activities, the 100th Grey Cup will be a sport and cultural celebration that befits this iconic Canadian game. To learn more about the 100th Grey Cup Festival, please visit the official website at www.100thgreycupfestival.ca