Not for distribution to United States newswire services or for release publication, distribution or dissemination directly, or indirectly, in whole or in part, in or into the United States.TORONTO, May 19, 2020 (GLOBE NEWSWIRE) — 12 Exploration Inc. (CSE: TWLV) (“12Ex”) and 79North Ltd. (“79North”) announce that, as a result of high demand, they have increased the size of the previously announced non-brokered private placement (the “Offering”) of subscription receipts of each of 79North and 12Ex (together, the “Subscription Receipts”) to raise targeted aggregate gross proceeds of approximately C$4,000,000. Other terms of the Offering remain unchanged from those disclosed in the April 30, 2020 news release.79North is led by a team with deep mineral exploration expertise and a track record of discoveries and exits in South America and globally. 79North currently holds an indirect interest in mineral concessions in northern Suriname (formerly Dutch Guiana), and aims to become the premier junior exploration company in this underexplored district of the prolific Guiana Shield. 79 North’s growing portfolio of high-quality targets which have not undergone modern exploration or drilling have a long history of artisanal mining and are strategically located within close proximity to modern gold mines operated by major mining companies.12Ex and 79North also announce that they have signed a definitive agreement (the “Definitive Agreement”) to give effect to their previously announced business combination (the “Transaction”). The Transaction will proceed by way of a three cornered amalgamation (the “Amalgamation”) pursuant to which 79North shall amalgamate with a wholly-owned subsidiary of 12Ex, and 12Ex will acquire all of the issued and outstanding common shares of 79North (the “79North Shares”) in exchange for common shares of 12Ex (“12Ex Shares”) on the basis of one 12Ex Share for each 79North Share issued and outstanding. Following the completion of the Transaction, 79North will be a wholly-owned subsidiary of 12Ex. The Amalgamation also provides that all outstanding warrants and broker warrants to purchase 79North Shares shall remain outstanding and thereafter entitle the holders thereof to acquire equivalent securities of 12Ex in lieu of 79North on the same terms and conditions.Completion of the Transaction remains subject to a number of conditions, including, among other things, the accuracy of the respective representations and warranties of each of 12Ex and 79North in the Definitive Agreement; completion of the Offering and the gross proceeds from the sale of the Subscription Receipts being released from escrow; and receipt of all requisite shareholder, third party and regulatory approvals relating to the Transaction, including, without limitation, approval of the Canadian Securities Exchange (the “CSE”).Trading in the 12Ex Shares will remain halted until all the requirements of the CSE have been met and the resumption of trading is approved by the CSE.Further InformationAll information contained in this news release with respect to 12Ex and 79North was supplied by the parties respectively, for inclusion herein, without independent review by the other party, and each party and its directors and officers have relied on the other party for any information concerning the other party.For further information regarding the Transaction, please contact:Eric Klein, President and Chief Executive Officer
12 Exploration Inc.Telephone:         (416) 725-7570
Email:                  erklein25@gmail.comJon North, President and Chief Executive Officer
79North Ltd.Telephone:         (416) 786-6348
Email:                  jon@79north.caCAUTIONARY NOTE REGARDING FORWARD-LOOKING INFORMATION:This news release contains “forward-looking information” and “forward-looking statements” (collectively, “forward-looking statements”) within the meaning of the applicable Canadian securities legislation. All statements, other than statements of historical fact, are forward-looking statements and are based on expectations, estimates and projections as at the date of this news release. Any statement that involves discussions with respect to predictions, expectations, beliefs, plans, projections, objectives, assumptions, future events or performance (often but not always using phrases such as “expects”, or “does not expect”, “is expected”, “anticipates” or “does not anticipate”, “plans”, “budget”, “scheduled”, “forecasts”, “estimates”, “believes” or “intends” or variations of such words and phrases or stating that certain actions, events or results “may” or “could”, “would”, “might” or “will” be taken to occur or be achieved) are not statements of historical fact and may be forward-looking statements. In this news release, forward-looking statements relate, among other things, to: information concerning the Transaction, including whether conditions to the consummation of the Transaction will be satisfied; the terms and conditions of the Offering; use of funds; and the business and operations of 12Ex after completion of the Transaction. Forward-looking statements are necessarily based upon a number of estimates and assumptions that, while considered reasonable, are subject to known and unknown risks, uncertainties, and other factors which may cause the actual results and future events to differ materially from those expressed or implied by such forward-looking statements. Such factors include, but are not limited to: general business, economic, competitive, political and social uncertainties; and the delay or failure to receive board, shareholder or regulatory approvals. There can be no assurance that such statements will prove to be accurate, as actual results and future events could differ materially from those anticipated in such statements. Accordingly, readers should not place undue reliance on the forward-looking statements and information contained in this news release. Except as required by law, 12Ex and 79North assume no obligation to update the forward-looking statements of beliefs, opinions, projections, or other factors, should they change, except as required by law.
CBJ Newsmakers 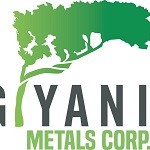 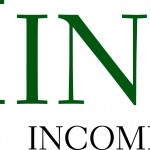