Chesapeake Back From Chapter 11

CBJ — Shale producer Chesapeake Energy of Oklahoma has emerged from Chapter 11 bankruptcy with plans to return to natural gas after a recent movement into crude oil.

There was a time when Chesapeake was the second-largest U.S. natural gas producer and there is an appetite by top executives to return and focus on that core business. Problems began for the company due to a decline in gasoline prices and heaving debts from overspending.

Two years ago Chesapeake paid about $4 billion in support of shale oil firm WildHorse Resource Development. But oil prices fell after the deal closed and it turned into a financial disaster.

The company is projecting to up to $750 million per year on new projects that could generate $400 million in annual free cash flow. 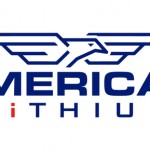