SASKATOON, Saskatchewan, March 02, 2021 (GLOBE NEWSWIRE) — 1844 RESOURCES LTD. (TSX-V:EFF) (the “Company” or “1844”) , is pleased to announce that Forage Val d’Or Inc. equipment is mobilized on the Lac Arsenault project and the diamond drilling campaign has started. The campaign includes 13 core holes totaling approximately 2,000 meters, targeting the lateral and depth extensions of known mineralized zones.
This campaign follows on from the mapping work and the positive results of the induced polarization geophysical survey carried out on the Lac Arsenault property. The combination allowed us to identify and interpret that the polymetallic mineralized zones that are enriched with gold develop along sinister deformation corridors, forming mineralized panels, oriented N/NE and composed of shear veins and folded veins. The chargeability model produced from the Survey clearly illustrates the presence of these N/NE deformation corridors but also shows several chargeable lineaments which trend E/NE and E/W. This indicates a stepped network producing a majority of polarized axes “sigmoidal” appearances. It further indicates the presence of NW-SE faults, with appearances of dextral displacements in a RIEDEL fault system (Figure 1).Proposed drill holes:On the scale of the outcrop, mapping details, carried out by Jean Philippe Desrochers P.Geo.Ph. D (see report), (See Figures 2) – (3) – (4) – (5) revealed small dextrous and rarely sinistral shears, oriented N250, N280 and N300, all sloping steeply to the north, which displace vein types 1, 2 and 3. It appears that larger structures parallel to the dextral and sinistral shears described above exist on the property and have caused lateral displacements of the existing mineralized corridors. The chronological relationships between the NNE trending mineralized panels and the presence of NW-SE faults are important and provide new hypotheses allowing us to follow the mineralization laterally and at depth.About Lac Arsenault Project: The property is located along the Grand Pabos fault, in the south-eastern part of the Gaspé Peninsula. Its immediate environment reveals a series of superficial magnetic anomalies, drained by the Grand Pabos fault from a mass buried at great depth. The mineralized zones are described as sinister N/NE shear corridors, composed of shear mineralized veins and tension mineralized veins, gradually folded as the degree of shear increases in a fault environment in main shear plane Riedel system.About 1844 Resources Inc.: 1844 is an exploration company with a focus in strategic and energetic metals and underexplored regions “Gaspé, Chibougamau Québec”. With a dedicated management team, the Company’s goal is to create shareholder value through the discovery of new deposits.Bernard-Olivier Martel, P. Geo, the Company’s Director of Exploration, is a qualified person (as such term is defined in National Instrument 43-101 – Standards of Disclosure for Mineral Projects) and has reviewed and approved the technical disclosure contained in this news release.1844 RESOURCES INC.(signed) “Sylvain Laberge”Sylvain Laberge
President and CEO
514.702.9841
[email protected]Some of the statements contained in this press release are forward-looking statements and information within the meaning of applicable securities laws. Forward-looking statements and information can be identified by the use of words such as “expects”, “intends”, “is expected”, “potential”, “suggests” or variations of such words or phrases, or statements that certain actions, events or results “may”, “could”, “should”, “would”, “might” or “will” be taken, occur or be achieved. Forward-looking statements and information are not historical facts and are subject to a number of risks and uncertainties beyond the Company’s control. Actual results and developments are likely to differ, and may differ materially, from those expressed or implied by the forward-looking statements contained in this news release. Accordingly, readers should not place undue reliance on forward-looking statements. The Company undertakes no obligation to update publicly or otherwise revise any forward-looking statements, except as may be required by law.Neither TSX Venture Exchange nor its Regulations Services Provider (as that term is defined in policies of the TSX Venture Exchange) accepts responsibility for the adequacy or accuracy of this release. 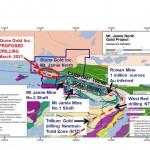 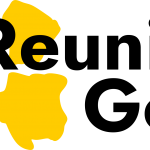