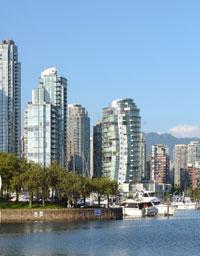 The global recovery has suffered new setbacks. According to the International Monetary Fund, “a key reason is that policies in the major advanced economies have not rebuilt confidence in medium-term prospects.” Europe is in recession, other advanced economies are growing only modestly, and China and other large emerging-market economies have slowed from their blistering pace of growth of recent years.

Canada’s economy has been sideswiped by the fallout of reduced global demand for our exports. At the same time, high uncertainty is weighing heavily on the spending decisions of Canadian businesses.

Canada’s economy is projected to grow by 1.8 per cent in 2013 — slightly less than the 2.0 per cent growth rate estimated for 2012 and well below the 2011 pace of 2.6 per cent. Growth is expected to accelerate to around 2.3 per cent in 2014, reflecting improving global and domestic economic conditions.

Consumers are Tapped Out

After a decade of relatively strong spending and borrowing, Canadian consumers have geared down in the face of heavy debt loads. Canadian households owe an average of $1.63 for every dollar of disposable income.

The Bank of Canada Governor and the Minister of Finance have warned consumers to be more cautious, and they are listening. Consumer credit growth has fallen to a two-decade low and mortgage borrowing has slowed.

Tighter mortgage insurance rules implemented in July 2012 have taken some of the steam out of Canada’s housing market; however, conditions vary considerably from city to city. For example, home sales have tumbled in Greater Vancouver, and activity has softened in Greater Toronto while Calgary and, to a lesser extent, Edmonton are witnessing robust sales activity.

Housing activity should cool in 2013 in response to elevated household debt and stricter mortgage rules. With housing demand retreating, the pace of new homebuilding is also expected to recede.

With the focus on fiscal restraint, government spending will make little contribution to overall real GDP growth in 2013 and 2014.

In an environment of slow global economic growth and uncertainty about demand, businesses have tempered their capital spending plans. The Bank of Canada’s autumn Business Outlook Survey indicated that 37 per cent of firms expect to invest more in machinery and equipment over the next 12 months than they did during the past 12 months. This is down from 43 per cent in the summer survey. Thirty-four per cent of firms expect to invest about the same.

Additionally, softer export volumes and uncertainty surrounding much higher commodity prices have led some companies in the resource sector to scale back longer-term expansion plans.

Once the global economic landscape improves — likely by mid-2013 — and uncertainty subsides, businesses will have more confidence to invest in plant, machinery and equipment. Low vacancy rates should continue to support commercial construction (in office buildings and shopping centres).

A Need to Diversify Export Markets

With Canada’s domestic engines of growth sputtering, our export performance has to improve to achieve higher economic growth. Canadian exports have yet to recover all the ground lost during the recession.

Much of the sluggish recovery in exports reflects Canada’s reliance on the softer U.S. market rather than faster-growing emerging markets. Canadian exports are also constrained by ongoing competitiveness challenges. Since 2000, Canadian exporters have lost a quarter of their share of the U.S. market.

With more than 70 per cent of Canada’s trade eggs in the U.S. basket, we need American consumers to spend more and businesses to invest more. But, they will only do that if they feel more confident about the economy and the direction of U.S. fiscal policy. We can only hope the U.S. gets its financial house in order. We also need to capture more market share in the faster-growing regions of Asia Pacific and Latin America.

Inflation Continues to be a Non-Issue

Headline inflation, as measured by the All-items Consumer Price Index (CPI), has generally been falling since May 2011. The Bank of Canada’s closely watched core measure of inflation which excludes the most volatile components of the CPI, like food and energy, has also been on a downward trend since the beginning of 2012.

A strong Canadian dollar, cross-border shopping and the influx of more American retailers will keep a lid on consumer prices going forward.

The Bank of Canada Forecast

The December 4, 2012 policy announcement maintained the Bank’s bias to eventually raise rates, stating “over time, some modest withdrawal of monetary policy stimulus will likely be required… The timing and degree of any such withdrawal will be weighed carefully against global and domestic developments, including the evolution of imbalances in the household sector.”

Amid the tepid economic backdrop and the litany of downside global economic risks on the radar, the Bank of Canada is expected to remain on hold until early 2014.

The Canadian dollar remains strong despite modest economic growth and our sizeable current account deficit. Clearly, Canada is viewed as a relative safe haven in a world of uncertainty. Foreigners, including foreign central banks, have been investing heavily in Canadian fixed-income instruments and are expected to continue to do so.

The Canadian dollar’s strength will also reflect U.S. dollar’s weakness. The U.S. Federal Reserve will continue buying assets to lower the cost of borrowing to stimulate growth and to add liquidity to financial markets. As long as the Fed is engaged in asset purchases, the U.S. dollar will remain under pressure.

On balance, the positives appear to outweigh the negatives suggesting the Canadian dollar will generally trade at slightly above parity (within a couple-cent range) over the forecast horizon.

Needless to say, these are very uncertain times for the global economy and risks abound.

Europe remains a danger spot. European politicians have so far managed to kick the can down the road, but they have not resolved the issues that threaten to break up the eurozone. While our trade with Europe is just a fraction of the business we do with the U.S., Europe’s troubles will continue to drag down global growth, including China’s—an increasingly important customer for Canadian commodities.

We also need to be concerned about trouble spots like the Middle East. Here again, Canada’s ability to influence events is limited, yet we will most certainly feel the effects. An escalation of geopolitical tensions in the Middle East would send crude oil prices sharply higher, crimping global growth.

On the domestic front, the major risk relates to elevated levels of household indebtedness. Canadian households — especially low-income Canadians — are more vulnerable to rising interest rates, job loss and asset price declines than in the past.

Not all of the risks to the outlook are on the downside. The recovery in the U.S. may be stronger than anticipated, lifting demand for Canadian exports. The tone of recent U.S. data has been encouraging; the housing recovery is gaining traction, the job market has improved and consumer credit growth is rising.

“Cooperation and creativity to deliver fiscal clarity — in particular, a plan for resolving the nation’s longer-term budgetary issues without harming the recovery — could help make the new year a very good one for the American economy,” said U.S. Federal Reserve Chairman Ben Bernanke.

Additionally, government stimulus efforts in China, including a push for more infrastructure investment, could induce a stronger than expected rebound in activity in that country which could increase import demand and bolster commodity prices. Canada, being a large producer and exporter of energy, base metals and lumber, would benefit.

Let’s hope 2013 brings a prosperous year to us all. 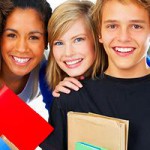 Preparing Canada’s Youth for the Jobs of Tomorrow 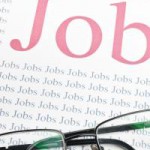