CBJ — Ontario’s auditor general says last summer’s Pan Am and Parapan Am Games in Toronto came in $342 million over budget, but the province still paid more than $5 million in performance bonuses.

Officials had said spending for the Games was within the $2.4-billion budget, but Bonnie Lysyk’s audit found that the total cost was about $2.5 billion.

Lysyk says when compared to the adjusted bid budget of about $2.2 billion, the Games were actually $342 million over budget, and since Ontario committed to paying most of the cost overruns, the province was on the hook for an extra $304 million.

The TO2015 organizing committee had agreed to pay $5.3 million to 53 senior employees if they stayed until the end of their contracts and the net operating and capital budgets were met.

The Auditor General says that the full bonuses were paid, even though organizers asked the province for — and received — a $74-million increase in the net operating budget, and were responsible for managing less than two per cent of the capital budget.

The auditor general says “nonetheless,” Ontarians can take pride in the Games as they were on time, with no major incidents and Canada had its best-ever medal counts. But it’s a rather expense price to pay for a bit of civic pride. 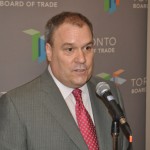 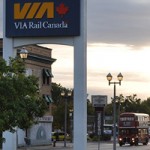