CBJ — The national economy added about 22,000 jobs last month. However much of the surge was in part-time employment, which was enough to offset a lot in full-time positions.

Figures released by Statistics Canada indicate the overall jobless rate declined by 0.1% to 6.2%, marking its lowest level since October, 2008, just prior to the financial crisis that gripped most of the world. The economy added 110,000 part-time jobs during the month, offset by a loss off 88,000 full-time jobs.

Ontario was the only province with an upswing, gaining 31,000 jobs in August — enough to push the province’s jobless rate to it’s lowest level since 2001, at 5.7%. Everywhere else, the economy either lost or gained a very small number of jobs. 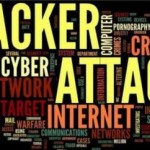