A New Approach to Corporate Investigations In the MeToo Movement

The MeToo movement, which started out on Twitter as #metoo, has opened the floodgates of awareness of sexual misconduct like no other. The movement is taking the Western world by storm, and has successfully decreased the fear of reporting sexual harassment in the workplace. The MeToo movement intends to provide survivors of sexual abuse a voice and support, and the indirect consequences to people, corporations, and institutions are significant.

The MeToo movement is now a worldwide online phenomenon, creating a cultural shift that has placed conventional norms of gender discrimination, sexual harassment, and other misconduct on the virtual platform and put the world on notice that women’s rights are not to be ignored. And, in the “real world,” corporations and institutions are beginning to face the consequences of the movement in measurable ways.

Maintaining a workplace environment that is free of sexual harassment and other misconduct is critical to the long-term health of a business and its bottom line.

Corporate indifference can be devastating

On February 1, 2003, the world watched in horror as the Columbia space shuttle broke apart while reentering the earth’s atmosphere, killing seven astronauts. The subsequent investigation described a phenomenon known as “ambiguous threat,” meaning that the most dangerous situations arise when a threat is ambiguous and therefore not acted upon immediately. This phenomenon has led corporate managers to ignore or discount certain risks within their organizations and to take a “wait-and-see” approach, which can be catastrophic.

There may be a number of commonalities that exist between the Columbia space shuttle disaster and corporate indifference to an allegation of sexual harassment that has been overlooked for years and then dramatically exposed by the MeToo movement. In corporate settings, sexual misconduct allegations against a company’s executive (or others associated with the company), where there has been no properly conducted investigation, can cause significant exposure, harm the company’s reputation, and significantly affect its bottom line.

These are “uncharted waters” that have opened a Pandora’s Box of risk, and changed the scales of justice, as many men are now considered guilty of the crime until proven innocent.

Corporations and institutions are beginning to realize the risks that exist in the undercurrent of the MeToo movement, and fear additional regulatory oversight on disputes and hiring practices. Implementing prevention strategies, whether policies or processes such as internal investigations and conducting comprehensive investigative probes, should be done in advance of bringing new hires into the company. This can significantly minimize the possibility of a negative impact on the public profile of a company that would otherwise cause a potential drop in stock prices and a host of legal and public relations related costs.

Conventional due diligence practices are not enough

In today’s climate, a conventional approach to corporate due diligence is no longer sufficient. Looking solely at risk through the identification of assets and liabilities will cause a company to fall short of the mark in collecting the information needed to assess the ambiguous threats that may exist in its culture and workplace. While gathering financial and legal details is important, they are only one part of several precautions a company should take when assessing business partners and employees.

Involvement with potential investors, joint ventures, or private equity firms requires that those in key positions look beyond standard due diligence practices and seek a more “forensic” examination of the organizations and people they are dealing with or hiring. In this new environment of risk, it is important to retain investigators who will focus their efforts on a comprehensive examination of potential board members, investment partners, executives, and employees with an eye for predatory and unethical behavior.

Smaller companies are particularly vulnerable, as they depend on strategic relationships and expertise of key people to foster and build the company’s brand. A MeToo scandal, true or not, can be tremendously damaging to a small business. An allegation made, past or present, that was ignored or not properly investigated, will impact the credibility of the organization. This is particularly true if the allegations took place decades ago and there was or was not a formal complaint. In today’s setting, the damage to the company occurs as if the event happened yesterday.

The dangers of doing “too little, too late” or nothing at all

Allegations or situations that are investigated too quickly, too slowly, not at all, or that are structured inappropriately for the complexity of the situation, are commonplace. When faced with an accusation, an organization must ensure a timely and “defendable” investigation occurs. Otherwise, the employer/employee risks severely stigmatizing the accused and forcing the organization to sever any association with the scandal.

When faced with harassment or other allegations, many employers pass judgment too quickly, terminating the accused without due process. Conversely, they are too slow to provide effective disclosure or disposition to the organization’s members. A quick firing or quiet internal process does little to convince employees that a fair, unbiased process has taken place and that the employer is committed to addressing workplace harassment.

Because of the increased exposure of these kinds of problems, it is extremely important to minimize the threat of large punitive damages that result from a botched investigation, often conducted by an unqualified person “off the side of their desk.”

Hiring an outside investigator for enhanced due diligence and internal investigations

Given the new MeToo reality, hiring an outside investigator, who can provide an independent investigation at arm’s length from the company, establishes the perception and reality of impartiality to everyone involved. Many situations can arise in the workplace that trigger the need for an investigation — from harassment, discrimination, bullying, theft, fraud, and statutory violations, to criminal conduct. Employers need to recognize when a formal investigation by an independent, professional investigator is required, both “after the fact” and when hiring.

Internal investigations: Improperly conducted interviews and investigations by inexperienced internal personnel can cause the situation to worsen, and the accused individual’s career and reputation are often at stake. Some situations can become criminal allegations that will require legal protocols, and the accused will often insist upon representation by his or her own lawyer. In cases where the allegation, such as assault or rape, is more serious, companies can expect that the internal investigation will be more closely examined by law enforcement and, if it is found to be flawed, the company can face legal liability.

Comprehensive background investigations: When a company is seeking to hire an individual in the new MeToo reality, conventional reliance on a “self-disclosed” resume supported by a simple background check does not provide all of the information needed to properly vet a candidate. Neither will a cursory search of Google or other search engines that relies on the first couple of pages of items that are returned by basic searches. Because conventional background checks and common indices searches are not “investigative” in nature, they are often insufficient to weed out red flags from a candidate’s past. There is a tremendous amount of information that exists through open source and propriety databases that can provide corporate decision-makers a far more comprehensive profile of an individual.

Today’s public outcry in the MeToo movement is as much about the lack of a proper and timely investigative process as it is about the allegations themselves.

Employees, customers and investors alike are entitled to a safe, stable, ethical and non-discriminatory workplace. Investigations should deal with allegations immediately and effectively and by professional standards that ensure unbiased and defendable results are reached.

Corporations need to be reminded that the corporate selection and hiring processes are critical factors in ensuring safety in the workplace. Regardless of whether a new hire is at the executive level or elsewhere within the organization, their background should be independently and comprehensively examined.

By today’s standards, there is no tolerance for improperly vetted candidates or, after an allegation, the absence of an expertly conducted unbiased and timely investigation. And in most cases, the relevant information exists in publically available databases.

A company that chooses not to make a full pre-hire investigation by experts available to its managers, or in the case of a complaint, ensure that a proper independent investigation is done, will have no excuse when examined under the light of 20/20 hindsight. 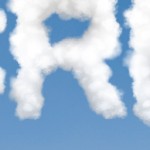 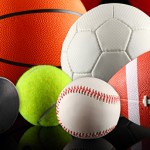 Effective Travel Management Can Be The Ticket To Sporting Success