MONTREAL, April 07, 2020 (GLOBE NEWSWIRE) — Despite numerous communications, letters and emails, Teamsters Local 106 union representatives note that many private senior housing facilities continue to put the lives of residents and staff in danger.Unionists have been receiving dozens of calls from concerned members every day for the past two weeks. Employees are concerned about the softness or lack of action taken by employers.Whether because of carelessness, lack of planning, incompetence or lack of staff, CHSLDs or private seniors’ residences do not seem to have developed all the reflexes and put in place all the procedures to deal with a pandemic that was declared in mid-March. Thus, almost a month later, many measures are still slow to be put in place:Some managers are encouraging workers to come to work even when they are experiencing flu-like symptoms.There are no security guards day and night at the entrances to some establishments.Residents are not confined to their rooms in some residences.In the event of death, children have access to facilities and rooms.Families have access to the floors and will take shopping directly to their parents.Receptionists at the residences are vulnerable because of the constant comings and goings at the entrances to the facilities.
The residents’ rooms have not been cleaned for three weeks, with the consequences that one imagines.
Communication is difficult or non-existent between local management and employees regarding cases of COVID-19 among residents or staff.
The comings and goings of agency and CLSC workers increases the possibility of COVID-19 transmissions.
Few concrete actions are taken in some establishments to protect and reassure workers.“We have a duty and an obligation to inform the public that the situation is becoming very serious,” says Teamsters Canada president François Laporte. “We will very soon have to denounce and publicly name the establishments that do not implement all of the government’s directives or whose practices leave something to be desired.”The Teamsters Union is therefore calling on everyone, especially the government, to implement even stricter health procedures in the coming days.“Imagine if 20% or 25% of the personnel in an establishment were unable to work because they have COVID-19,” warns the union leader. “It would be a disaster for the residents and the situation would only get worse in the hours and days that followed.”In addition, the Teamsters are still waiting for answers from employers regarding premiums for all workers, including orderlies, maintenance and kitchen staff.“These employees support, comfort and care for our seniors every day,” said François Laporte. “They deserve to be rewarded just like many other workers in many industries.”The Teamsters Union represents the interests of more than 35,000 workers in Quebec in several sectors of activity. Teamsters Canada and its 125,000 members are affiliated with the International Brotherhood of Teamsters, which has 1.4 million members in North America.Information :
Stéphane Lacroix, Director of Communications and Public Affairs
Mobile: 514 609-5101
[email protected]
CBJ Newsmakers 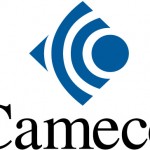 Cameco Responds to Announcement by Kazatomprom 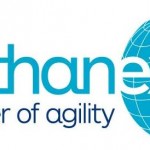