The Company intercepted similar gold and silver values to historical drilling, with the targets tested further along strike and at slightly greater depth. The best results were a 12.64 metre interval of 0.053 g/t gold and 0.73 g/t silver, including 1.09 g/t silver over 7.55 metres and 0.19 g/t gold and 3.62 g/t silver over 1.5 m. These types of gold systems are found due to the presence of low, subeconomic precious metal values near surface, and it is possible that the Company did not drill deep enough in this first pass of drilling.

Sampling of the drill holes was hampered by very poor core recovery throughout all holes. It is thought that Reverse Circulation drilling might provide better recoveries in a future program. The Company also collected a great deal of geochemical data during the drilling, and once analyzed, this should provide vectors towards better mineralization.

The Company drilled three of the planned four holes on the property, each to a vertical depth of approximately 300 metres, and opted not to drill the final hole due to difficult drilling conditions with very broken and oxidized rock. The program was designed to test IP geophysical anomalies identified in a survey completed in 2020, which were the strike continuations of zones drill tested by a previous operator.

The geology consists of a complex mixture of volcanic fragmentals, intrusives and broken sinter terraces. The fact that an active geothermal system is present, means that a great deal of fluid flow is occurring through the rocks. As mentioned previously, these types of systems are found due to “leakage” near surface of subeconomic precious metal values pointing to possible better values at depth. It is then a matter of working out the faulting and using trace element geochemistry to vector into the best areas.

The Jersey Valley property is prospective for epithermal precious metal mineralization in an active hydrothermal environment, like the Taupo volcanic zone in New Zealand, and is also prospective for Au-Ag skarns. The property has a well-maintained sealed road running through it, which provides access to a 15 MW geothermal power plant located on the claim group.

The project is within the Battle Mountain trend of north-central Nevada in close proximity to both the producing Phoenix/Fortitude mine complex, a gold skarn with approximately 14 Moz gold plus significant Ag and Cu past production and a proposed mine life to 2063, and the Cove/McCoy Mine, a Carlin-type gold deposit with approximately 3.4 Moz gold and 110 Moz Ag past production (information is compiled from the Newmont Mines and Premier Gold Mines websites, and is considered historic in nature. The reader is further cautioned that the mineralization hosted on nearby properties is not necessarily indicative of mineralization hosted on the Company’s Jersey Valley gold property).

The Company also has additional properties of merit in Nevada. The Willow copper-molybdenum porphyry property is in the Yerington copper camp, southeast of Reno. Drilling by the Company in 2018 intersected a key intrusive rock unit that hosts all known porphyry Cu-Mo deposits at Yerington. This rock unit was not previously known to exist on the Company’s property, and it represents a significant new discovery. The target is large and robust, and it remains essentially untested. The Company is about to start a new drilling program on this prospective property.

Abacus also holds a 20% ownership interest in the Ajax copper-gold porphyry project, located near Kamloops, British Columbia., which is managed by base metal major KGHM Polska Miedź S.A., who hold the remaining 80%. The Ajax Project contains significant quantities of copper and gold, within a NI 43-101 Proven and Probable Mineral Reserve of 426 Mt at 0.29% Cu, 0.19 g/t Au and 0.39 g/t Ag. Contained metal is in the order of 2.7 Bil lbs Cu, 2.6 Moz Au and 5.3 Moz Ag. *

The technical information in this news release has been reviewed and approved by Paul G. Anderson, M.Sc., P.Geo., a Qualified Person within the meaning of National Instrument 43-101.

On Behalf of the Board,
ABACUS MINING & EXPLORATION CORPORATION

Abacus is a mineral exploration and mine development company currently focused on copper and gold in B.C. and Nevada. The Company’s main asset is a 20% ownership interest, together with KGHM Polska Miedź S.A. (80%), in the proposed copper-gold Ajax Mine located southwest of Kamloops, B.C., which has undergone a joint provincial and federal environmental assessment process. On December 14, 2017, a decision was made by the B.C. Minister of Environment and Climate Change Strategy and the Minister of Energy, Mines and Petroleum resources to decline to issue an environmental assessment certificate for the Project. KGHM have recently reopened an office in Kamloops, B.C. to facilitate First Nation, community and governmental engagement in order to advance the project towards a potential resubmission of the environmental application.

Abacus also holds an option on the Willow copper-gold property located near Yerington, Nevada in which it can acquire up to a 75% ownership interest, and the contiguous Nev-Lorraine claims subject to a ten-year lease agreement. In addition, Abacus holds a 15-year lease on the Jersey Valley gold property, near Battle Mt., Nevada.

For the latest reports and information on Abacus’ projects, please refer to the Company’s website at www.amemining.com. 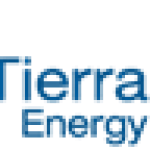 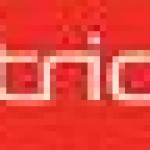