For more than 30 years privately-owned Abalone Group of Edmonton has continued to build upon a sound reputation as a highly-respected, results-driven civil construction enterprise specializing in heavy industrial and municipal infrastructure projects throughout Alberta and beyond, delivering the highest standards of quality and safety.

The Canadian Business Journal recently spoke with Abalone Group President Randy Chalupa about the company’s impressive advancement over the past three decades as well as a number of exciting initiatives currently on the agenda. The family-owned business was launched in 1983 by Chalupa’s parents Terry and Maxine Chalupa. There are currently just over 300 employees, but during peak periods that number can grow closer to 400.

“My dad is still somewhat involved and retains the role of CEO but is starting to focus his energy on other ventures in life,” Chalupa says. “We started off with one machine in 1983, which my dad Terry operated. Over the course of 30 years our staff’s excellent work we’ve been able to come up with a very great, solid client list. It really has been built on reputation,” Chalupa says. “We also have a great relationship with the Operating Engineers, Local 955 and also with the Labourers’ Union, Local 92.”

Among the companies on Abalone’s lengthy and impressive client list include the likes of PCL, Petro-Canada, Imperial Oil, Shell Canada and Dow Chemicals. Abalone Group also works closely with a number of unions, will skilled labourers from a variety of sectors.

Formerly known as Abalone Construction, the company just recently completed a major undertaking with an entirely new corporate rebranding, including the name change to the Abalone Group. The fresh corporate identity is now complete and is publicly showcased through their professionally redesigned website, which acts as a communications gateway for the world to see.

“The rebrand is a significant change for us,” Chalupa points out. “We have a different generation of staff, obviously, than we did 30 years ago. We want to keep up with our new generation of staff and have something fresh and exciting to move forward with.”

The folks at the Abalone Group have traditionally taken a very humble stance regarding their professional success in spite of their many impressive workplace achievements, always providing the highest level of quality workmanship and safety practices on every project. Chalupa and other staff members have often joked that they are Alberta’s best kept secret when it comes to civil construction. However, there comes a time when the secret needs to be told, otherwise it can actually be more detrimental than beneficial. For this reason Chalupa and his team believed it was time for a complete corporate rebranding and to begin to market their excellent achievements in a more progressive manner to the public.

“We’ve always been very proud of our accomplishments but we do tend to fly below the radar,” Chalupa admits. “It’s time to get out there and let potential new clients know who we are. We don’t want to get passed up on a job only to find out later that the potential client didn’t know much about us or had us confused with somebody else, or they found some old website article about us that hasn’t been updated in 25 years.”

Senior management has taken a practical, well-thought out approach that has resulted in controlled growth. Chalupa has no doubts that the company could be double or even triple its current size, but it would have meant ceding far too much control over the direction the business would have taken. Growing too rapidly is a common mistake made by many companies in all sectors. Although it can be tempting to want to just forge straight ahead, the wiser route is most often one where senior management takes the time to fully assess all possible scenarios, both good and bad. “I would say every few years you get that cycle of growth. We grow to our comfort and then we stop. We’ve hit growth spurts a lot every three or four years since 1983.”

Chalupa says he could reflect back and make a case that there has been four or five times since 1983 when Abalone has had a 24-month window where the business took significant steps forward. That said, the company has continued to flourish each year. Even this year with the uncertainty of the provincial economy in Alberta, Chalupa and his team are definitely not putting the brakes on, with a number of projects on the go. While there is not an internal self-imposed pressure to double in size each year, the company certainly will not accept moving in reverse either.

“It’s encouraging for us as senior managers and for our staff who are witnessing this because a lot of companies have been laying-off staff this year and liquidating assets. We’ve actually been able to grow our asset base and make a few key additions staff-wise,” Chalupa reveals. “It’s slow, steady growth. We’re all fairly young and energetic. It’s a marathon, not a race. We’re not looking to be the biggest company in Alberta just to brag about it. We want to be proud of our achievements, quality and safety. Through controlled growth you do have better command over quality and safety.”

In addition to excellent workmanship the Abalone Group is committed to providing preeminent standards of safety, occupational health and environmental sustainability. To ensure the business is always on the cutting edge, Chalupa and the management team make it a priority to keep up on all local legislation, industry best practices, and client expectations.

“Safety is obviously a top priority,” he says. “Every client is going to demand it – as they should. It is our goal to conduct all activities without harm to employees, the public, property, or the environment. In support of this goal, Abalone provides its employees with the necessary resources and training to work in a safe, secure environment.

Earlier this year the Abalone Group introduced a new initiative called ‘Quit the Hit’. The days of an incident being reported only when it reached a certain degree of severity are long gone. Nowadays an incident is an incident regardless of the level of seriousness, and also whether it is an accident causing $10 damage or $10,000. The concern is that any misstep could perpetuate something far more egregious and so it is essential that each and every individual fully comprehends the potential consequences. The incorporation of a best practices policy maximizes the effort in avoiding such unwanted instances.

“Our ‘Quit the Hit’ campaign was basically predicated on machinery and pickups making contact with things they shouldn’t such as barricades. If you focus on the ‘Quit the Hit’ it greatly improves safety statistics.

As part of the initiative, the Abalone Group now places big lime-green cones on top of strike potentials, which can be seen as identifiers from great distances. The rule is that when an operator sees one of these pylons they are not permitted to go within one metre of it. Keep a safe distance from potential danger, and the risk is mitigated.

Providing excellent products and services during the past 33 years Chalupa says it would be virtually impossible to pick and choose one or two favourite projects from Abalone’s immense portfolio. All projects are important and treated with the highest level of respect. It’s like your children; big or small, you love them all. “Every time you do a project you obviously want to do it with an impeccable safety record and for the client to commend you on your excellent quality and productivity. If you do that the profit will follow and you will have a successful business. That’s our focus for all of our projects. I’m proud of all of them.”

With headquarters located in Edmonton the main source of projects emanate from the city but the Abalone Group has numerous ventures elsewhere, including the likes of Fort McMurray and Calgary. The company certainly has designs on further increasing its overall footprint into British Columbia to the west and Saskatchewan to the east. At the Abalone Group there will never be a pigeon-hole dollar value on projects.

“A question we often get is ‘what is the minimum level job that you would accept?’ Many other factors come into play other than bottom line. It’s not $1 million – it’s not $100,000. There is no turning down a job because of its dollar value,” Chalupa emphasizes. “Some of our clients started off in the past 30 years by doing a $5,000 job. Those same clients nowadays have added a lot of zeroes onto that $5,000. I would take the same approach nowadays where you could say for a company of our size, what’s a couple thousand dollars and why would we bang our heads for that amount? Well, if we have the same philosophy that we’ve had for more than 30 years, maybe there’s a couple more zeroes added on to their future projects as well. We don’t take any work lightly based on small-dollar value. We look at it as developing a relationship even if it doesn’t appear to be a very big job.”

The dedication, expertise and commitment to excellence displayed by the entire staff at the Abalone Group promotes inspiration and is certainly not lost on Chalupa and his executive team. In fact, the president is quick to deflect corporate accolades for himself, saying the success is mainly due to the great group surrounding him. He credits their professionalism and pride in their work on behalf of the organization as being a fundamental reason as to why the Abalone Group has continued to prosper.

“I think it starts with the roots of the company and the philosophies on safety, quality and productivity. But when it comes right down to it the credit goes to our fantastic staff. You’re only as good as your staff. You have to surround yourself with good people and we have some rock stars here. They are accountable and do excellent work and push everyone, including the senior managers, to keep getting better. They have a sense of pride in the company and themselves,” Chalupa says.

It’s crucial to stay innovative and be on the front-end of the curve. Chalupa says everyone at the Abalone Group take a hands-on approach, which is something he strongly encourages. As example, even senior managers will be involved with the estimating process and doing what’s necessary to move a particular project to the next stage. The company employs a wide array of skilled individuals such as engineering experts, mechanics, welders, superintendents, project managers, estimators, surveyors, equipment managers and entry-level labourers as well as administrative and safety staff.

The Abalone Group is a member of various groups and organizations including the likes of the Canadian Construction Association, where Chalupa’s father Terry Chalupa was a director at one point and earlier this year received the CCA Infrastructure Award of Recognition given to individuals for their dedication to the industry. Abalone is also a staunch supporter of the Edmonton Construction Association.

In addition to his exceedingly busy schedule in running his own enterprise, Chalupa is also the 2016 Chairman for the Alberta Roadbuilders & Heavy Construction Association. The ARHCA is overseen by a volunteer Board of Directors and volunteer Committee Chairs and has almost 1,000 members who represent thousands more workers.

Over the past few years Chalupa and the Abalone Group have made a conscientious effort to take a bigger initiative in putting back into the community. They are now in the process of forming a five-person charitable committee that will be rolled out in the fourth quarter with a focus on charity and fundraising within the organization. There is a strong desire to enhance the business in every possible way. 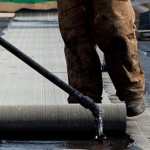 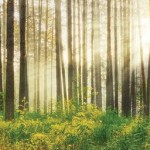