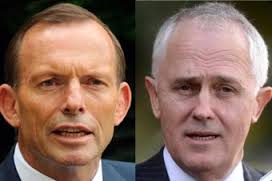 CBJ – Tony Abbott (left) has been ousted as the Prime Minister of Australia by Malcolm Turnbull (right) making the latter the country’s fourth leader since 2013.

In the hastily arranged party leadership ballot Abbott was defeated by Turnbull 54-44 in a vote amongst Liberal members.

Turnbull believes that parliament will serve its full term, implying no general election is on the horizon.

The prime minister-elect is expected to be sworn in after Abbott writes to Australia’s governor general and resigns.

The vote took place at a meeting of Liberal MPs late on Monday. They also voted for Foreign Minister Julie Bishop to remain deputy leader of the party.

Speaking after the result was announced, Turnbull praised his predecessor for his “formidable achievements” as prime minister.

The new party leader said Australia needed to have “the economic vision, a leadership, that explains the great challenges and opportunities we face”.

He said he would lead “a thoroughly Liberal government, committed to freedom, the individual and the market”. 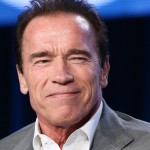