The Aboriginal Chamber of Commerce was created in 2004 at the Premier’s Economic Advisory Council Summit with a mandate of bringing northern and southern businesses together as a means of combining resources to provide a more unified voice for the Indigenous community in Manitoba.

The ACC is a voluntary organization of the business community which lends itself to improving business and building a better community. The ACC continues to build momentum in attracting more Indigenous business leaders, making the organization that much stronger and efficient.

“Back in 2004 we were a sub-section of the Winnipeg Chamber of Commerce. There were 35 Indigenous business owners that decided it was time for us to have our own Chamber,” begins Brown.

From that point Brown and several colleagues approached the Manitoba chambers and they sponsored the ACC into existence. The ACC has had many ebbs and flows over its 14 years and is now in the midst of an exciting rebranding plan and is re-emerging as the voice and advocate for Indigenous business in Manitoba.

Aboriginal business prosperity is the fundamental vision at the ACC and its mission is to foster members’ success through networking, education, leadership and advocacy.

Manitoba has the highest Indigenous population of all the provinces and territories and there is a continuous migration of those in the northern regions relocating to the Greater Winnipeg area.

McMullen became involved with the ACC about 3 ½ years ago, coming in as vice-chair, a position he still holds.

“I got involved because I had traveled extensively to more than 150 Indigenous communities across Canada, including Metis, First Nation and Inuit. Much like the Aboriginal Chamber of Commerce I saw an opportunity to elevate the communities through advocating for Aboriginal businesses,” he says.

McMullen was just completing his year as Chair of the Canadian Chamber of Commerce, which, like all chambers across the country, acts not only for commerce but as an engine of culture and philanthropy. In the smallest of towns it is plainly evident that the leaders of the Chamber are also leaders within the community at large.

The ACC focuses its attention on Manitoba, but it does keep abreast of what is happening beyond those provincial borders.

“We see a wonderful opportunity to grow alliances in the development of Indigenous business close to home in northern Ontario and Saskatchewan. We see tremendous Indigenous leadership that gives us great optimism,” continues McMullen.

The ACC recently finished a series of Indigenous leadership events where keynote speakers came in to address both members and non-members. The series has been a great success.

“At our recent gala, the keynote speaker was Chief Dennis Meeches of Long Plains First Nation, who is a Treaty 1 coalition spokesperson for a very large, valuable tract of land that is about to be converted for Treaty 1 members. He’s leading seven communities,” reveals Brown.

When Chief Meeches spoke at the gala he presented an architectural line drawing of his vision for the development of the land and it quickly went viral.

“It’s really big news and is one of the most important developments for all of us and will create lots of opportunities,” notes Brown.

As part of the Truth and Reconciliation Commission of Canada’s call to action in 2017, a major policy and advocacy of the ACC was an underpinning of the duty to consult. It was the first time that the ACC passed a resolution at its AGM that was forwarded to the Manitoba Chamber of Commerce and accepted by them as one of their policy cornerstones. It then in turn went forward as a resolution to the Canadian Chamber of Commerce in Ottawa.

“The duty to consult will continue to be one of our fore-front polices,” says McMullen.

Another important point for the ACC revolves around any and all initiatives in the Indigenous procurement area. It’s been the focus of the association’s advocacy and policy work this year and again it went to the Manitoba Chamber of Commerce, where it was approved as part of their policy platform.

Brown and McMullen are working with a number of groups to develop a conference for 2019 in the Indigenous procurement area.

“Our Indigenous business members will come to meet federal procurement officers and contracting officers. We hope the province will throw in their involvement with us,” remarks Brown.

There are now more than 100 members in the ACC. In just a short span of time the chamber has expanded its membership by more than 30% and that ascension is expected to continue throughout 2019.

“Between our Leadership Series and the Gala, we ran four events within 60 days and each sold out and profitable,” confirms McMullen.

“As a matter of course, Suncor purchases more from Indigenous businesses than the federal government. We will take ownership for the fact we need more advocacy and that’s why we are focused on the procurement initiative,” says McMullen. It’s our responsibility to raise the profile of Indigenous business.”

We are big proponents of urban reserves. And there is a lot of myth-busting that we have to do.

If we can help in assisting with access of Indigenous business to the procurement and increasing the federal government’s actual purchasing by a strong dynamic we’ll be well on our way.

One thing we are seeing is other Chambers of Commerce being formed and they are coming to us for advice and how we came into existence and were able to grow,” says Brown.

They reach out to us for our experience and expertise.

“We eventually will reinvigorate our Canadian Indigenous Chamber of Commerce project, which is now on hold. We want a national chamber with regional representation right across Canada. We’re still a few years away, but it’s on the agenda,” says Brown.

“We’ve developed the Charter,” adds McMullen. We’ve incorporated the seven sacred teachings into that charter as well. We’ve done the initial work to secure the branding. In the interim we are building our brand and successes and accommodating and assisting other chambers with our support with the long-term goal of having that national organization.” 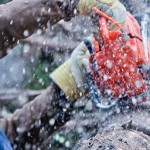