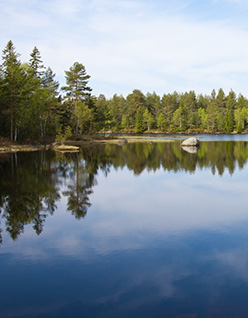 Stalled for decades by Aboriginal opposition and economic uncertainty, the Mackenzie Pipeline Project has finally been approved by the National Energy Board (NEB), and represents the time for prosperity and industry for Northern Canada, and our national energy portfolio.

When the 1,200-kilometre pipeline system, designated to link Mackenzie Valley’s northern natural gas fields to North American markets was first proposed in 1970s, Judge Thomas Berger put a halt to it. Berger, who has built a legacy for advocating rights for Aboriginal groups and people, recommended “on environmental grounds, no pipeline be built and no energy corridor be established” until native land claims are settled.

What was meant to be a 10-year postponement turned into a much longer hiatus. Momentum for the project reignited in 2000 and, after years of regulatory review, was given the go-ahead by the NEB in March.

Fred Carmichael is Chairman of the Aboriginal Pipeline Group (APG), which works on behalf of the Aboriginal groups along the Mackenzie Valley corridor. He remembers when the pipeline was originally stalled. “There was a lot of mixed feeling on it at the time,” says Carmichael. “Some people, especially in business community, including myself who was in the airline business, were disappointed, but I think all of us will say now in hindsight it was the right thing to do.”
Carmichael contends that Aboriginal groups were neither ready nor prepared for the pipeline back then, and a lot of the work probably would have gone to southern companies rather than the northern businesses because of that. “Judge Berger said the Aboriginal people need to get the land claims settled before this huge development goes forward, and there is no truer statement, because we are in a much better negotiating position now than we were back then,” says Carmichael. “Our land claims allowed us to become partners in this project.”

These land claims, along with an articulated vision for involvement in major development projects, modern business ethics, and advances in environmental science has culminated in the NEB approving the project and the 264 environmental, financial and cultural conditions attached to the Certificate.

“The six-year regulatory process is now behind us. This decision is a huge step forward, both for the project, for our Northern stakeholders and for Canada as a nation,” says Carmichael.

According to APG, “After completing one of the most extensive regulatory proceedings in Canadian history, the NEB decision confirms the need for the project and the broad environmental and socioeconomic benefits the pipeline will bring to our nation. The APG…negotiated by Aboriginal people for Aboriginal people now has the right to secure a one-third ownership interest in the Mackenzie Valley Pipeline. We remain committed to our mandate—to maximize the long-term financial return to the Aboriginal Groups of the N.W.T. through ownership in the pipeline. The people of the north are behind this project and APG will continue working toward the day when Mackenzie gas flows south, and economic benefits flow north.

“And these benefits are significant,” said Carmichael. “For the Mackenzie Valley and Beaufort Delta regions, this project is the only realistic way to create an economic future and an independent and self-sufficient future for northern people.”

Carmichael says the agreement has the full support of the Inuvialuit, the Gwich’in and the Sahtu, who collectively form the APG, and whose land the pipeline goes through. “We’ve had such support because people now are full partners in the project and our mandate is clear and very simple; that we ensure our Aboriginal people obtain a sustainable, long-term revenue stream from our ownership interest in this pipeline.”

Carmichael said negotiations with the producers, a consortium made up Imperial Oil, Exxon Mobil, Conoco Phillips, Royal Dutch Shell, was “tough”, but respectful. “This is a business deal and we are talking to very experienced business people who have a good track record but I would say that they have been very good and very fair. It’s business and we have to be on our toes and make sure we get what we want—we didn’t get this deal by them saying “here you go”.

Overall, I would say that once they realized that we are in this for the long-term, and in order for them to build a pipeline across our land, they need us.

“The consortium knows they are not going to be building anything across our land, for that large a project, without involvement of Aboriginal people.”

Among the conditions of the agreement is employment security for Aboriginal communities, with $1 billion of work in the corridor guaranteed for Aboriginal businesses, as well as associated training programs.

Carmichael sees this as an opportunity for northern communities to regain some independence from government after the decline in the hunting and trapping industries necessitated government assistance. “The only way to get out from under [government dependence] is to build an economic base. The APG shows all Aboriginal people across the country the benefits in becoming partners with non-Aboriginal businesses in large projects such as the Mackenzie Valley Pipeline. This is a step toward our own self-sufficiency, regaining our pride, and building our own industry, and that is the only way to create a better society.”