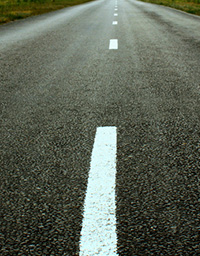 You hope to never be in the position to need them, but if you ever do, Abrams Towing has the team and equipment to handle any towing need.

Abrams Towing came to be one of the largest towing companies in the Greater Toronto Area by amassing the largest fleet of trucks in Ontario run by a team with the largest combined experience in the province. Every day in Ontario, there are hundreds of thousands of vehicles on the road, and Abrams Towing supplies a vital secondary service to keep the roads clear and safe.

Joey Gagne is the man behind Abrams Towing. Starting out as a tow truck operator in 1984, Gagne started his company with a single truck. Although his fleet was small, Gagne’s vision was big. He knew that the way to steady work and an advantage over competition was to be found in exclusive contracts. He sought out a contract with an auto wrecking company, which was “a significant amount of business compared to what I had at the time.” This contract, diligence and hard work earned him the resources to buy four more trucks by 1987.

As his fleet increased, so did the capability, technology and equipment of his company. This was the catalyst Gagne needed to expand his business, and open a door that would lead Abrams Towing’s business model to success.

“At that time, I had the equipment need to secure a contract with the Canadian Auto Association (CAA), and that helped grow our business dramatically,” says Gagne. That contract provided Abrams Towing access to the thousands of CAA members in Ontario and an exponentially bigger market.  By about 1990, Abrams Towing was one of their largest contractors, and by 1994 it was their largest contractor in Ontario.

Determined to keep on this upward trajectory, Gagne set his sights on an underserved section of the towing market: heavy-duty towing.  Around the same time, Abrams Towing opened two satellite locations (in Mississauga and Windsor) to support the business generated with the contract with CAA as well as the heavy-duty towing.

“The year 1996 was a big one for us,” says Gagne, as if a year where its fleet more than doubled and two new offices wasn’t already big.  Those achievements, as bright as they were, were overshadowed by the securing of a contract with the Metropolitan Toronto Police, one of Ontario’s biggest contracts. With work coming in steadily, Abrams was in the position to open its Hamilton division, focus in on its existing contracts and clients and developing its heavy duty towing business, which today comprises one-third of Abram Towing’s entire business.

“A large component of our heavy duty towing is [the towing of] buses,” says Gagne. “It is one of the things we do better than anyone else and also something a lot of people can’t do. It’s a specific skill set requiring a specific type of equipment and we have more experience in that than most of the other guys combined.”

Reflecting on his company’s growth, Gagne says, “We have about 150 vehicles now. We are one of their towing providers Toronto police, the Honda Indy since 2006, the TTC, Hamilton Transit, Canada Post, and this summer, for the G8 Summit.” It’s an impressive client list by any standards and a testament to the hard work and expert team that Gagne has put together.

“We have a very big cross-section of clientele,” he continues. Yes, Abrams Towing still does road-side assistance, but for 18-wheelers as well as family cars. “We do towing for all types of reasons. We also do salvage yard work, and then another line of our business is equipment moving with our flat-deck trucks.”

And not content to be only in the business of accidents and engine troubles, Abrams Towing is involved in specialty work, lending its flat beds for parades such as Toronto’s annual Gay Pride parade. “We also provide trucks they make floats out of, which is an interesting part of our business.”

It’s true that in this business, no two days are alike. To be prepared for potentially dangerous jobs, Abrams Towing works with “the best trainers with the best knowledge and have them augment our existing training, which is done at the facility in North York,” says Gagne. “We retain our people and retain that experience and expertise.”

Specialty and disaster recovery operations are what Abrams Towing does better than anyone in Ontario. Abrams Towing operators have has towed trucks with all types of different loads, from garbage to liquid sugar to livestock. Most other companies cannot handle incidents of the size that Abrams Towing regularly handles. The success of the company comes down to having the tools and the team to keep vehicles of all sizes on the road. Says Gagne, “When you combine the years of experience and many resources we have, it gives us these capabilities.”