Advanced Orthomolecular Research (AOR) has developed an exceptional reputation throughout Canada as one of the most advanced natural supplement vitamin formulators to the Canadian market. The vision of the Calgary-based company is to transform health through natural, personalized, and therapeutic care.

The Canadian Business Journal recently spoke with AOR’s founder and CEO Dr. Traj Nibber about his company’s tremendous success, which has been in business for nearly 30 years.

Dr. Nibber’s journey is truly a Canadian success story. Having originally been a pharmacist in the United Kingdom, he moved to Canada in 1987 and opened a pharmacy two years later in Smith Falls, Ontario, about a one hour drive from Ottawa. However, generating and maintaining a pharmacy in a quiet mall was difficult and required being open during the full mall hours. The slow time gave Dr. Nibber time to analyze his business, which was struggling against the larger more established enterprises, many of whom were part of corporate chains.

“I was originally just employing family members who had emigrated with me from the UK,” he recalls. “My brother, who has a PhD, couldn’t get a job so I was employing him for next to nothing. My wife was pregnant with our first child and she would work for nothing and my sister was with us too.”

Despite enduring many obstacles in those early years, a breakthrough for Dr. Nibber’s business came when he received a prescription from a medical doctor asking for gold chloride drops, which seemed like an unusual request to receive, having only dealt with penicillin and antibiotics.

“It got me thinking as to what these gold chloride drops were, so I started to do my own research and compounding and in looking back that was actually the birth of AOR – to be able to compound products for not only the medical doctors but it also gave me insight into how to make products that were going to be the forerunner for all our AOR supplements,” says Dr. Nibber.

The timeline was the early 1990s and it was the height of the international AIDS epidemic. Dr. Nibber came to realize he was not able to compete with the big pharmacy chains and so he abandoned such store items as contact lens solutions, candies and tobaccos and instead focused solely on vitamins. Word spread fast about this unique, innovative pharmacy that was selling only vitamins and nutritional products.

“I started getting a lot of calls from Toronto from AIDS groups and people with AIDS. I then opened Canada’s first Buyer’s Club for AIDS patients in 1991. Many times I would send supplements for free because some of them simply couldn’t afford it,” says Dr. Nibber.

“We seek to catalyze change and challenge conventions through continuous innovation,” he states. “For nearly 30 years it has been our mission to transform scientific research into evidence-based, natural health products that empower people to lead their best lives.”

In 1995, Dr. Nibber and his family left Smiths Falls and moved to Calgary, which was not so much predicated on professional reasons but rather personal reasons as he had a number of other relatives who had emigrated there. Today, AOR employs about 110 employees at its Calgary office, making it one of the largest natural health products companies in the country.

As science evolves, so too does AOR, but Dr. Nibber emphasizes that the original commitment remains, and that is to help others with effective health solutions and trustworthy information. As AOR continued to gain traction through the years a number of people began to inquire as to why the vitamins had so many unnecessary fillers, including allergens. It got Dr. Nibber to thinking that he could in fact make the supplements without all the fillers and that’s when he started making his own line of products.

“My main goal in creating AOR was this: Why is it that whenever anybody takes natural health products it takes months to have a beneficial effect?” he asks rhetorically. “Pharmaceuticals work right away, so I wanted to know why natural products could not work just as fast. Why do we have to wait many, many months to benefit?”

The underlying vision and driving force that served as motivation for Dr. Nibber was to be able to produce natural health products that would prove the same benefits of traditional pharmaceuticals, but without the many known negative side effects they can often cause.

“I recognized from very early on that the only way we could do it successfully was to collaborate with researchers in the universities,” he reveals. “We initially collaborated with local universities in Calgary and throughout Alberta but as our reputation grew through word of mouth and researchers started reaching out to us.”

To date, AOR has had more than 60 research collaboration projects over three decades in Canada, the U.S., the UK, other European countries and one in Africa.

“In Manitoba we worked on peas, which are widely grown across that province and Alberta and Saskatchewan. A researcher developed a case study that showed peas could reduce blood pressure. He collaborated with us and we were able to fine-tune the extraction process and show in animal studies and in a small human study that peas do indeed reduce blood pressure without any side effects,” explains Dr. Nibber.

Another cornerstone collaborative effort was a project with the University of Toronto where the focus was on saving newborns who are prone to infections. Through extensive research it was determined that a very simple protein from milk can be given that greatly boosts their immune system. Research also reveals that amino acids can reduce iron overload, which can create many problems with side effects.

In order for the natural supplements industry to reach its maximum potential it will need to follow the pharma model. Exaggerated claims made by others within this space have done considerable industry-wide reputational damage, which is frustrating to Dr. Nibber, who makes it clear there is no need to make such inaccurate assertions.

“In order to raise the level of respect of the industry we have to do what pharma does, including collaboration. It needs to follow rigorous quality control regulations,” he candidly states. “By following the pharma model, collaborating with universities and bringing natural products’ research into the mainstream I think we can raise the entire industry.”

Another reason for the great success at AOR is that its founder has never allowed it to become a ‘me too’ company.

“We are niche and always going to introduce novel products because of our collaboration with researchers,” says Dr. Nibber.

Competition is definitely more intense than when Dr. Nibber launched AOR, however, very few competitors have the wherewithal to engage in certain specific areas because it requires a lot of research and manpower.

“We have the reputation of having introduced about 22 new products to the world, which speaks to our innovation aspect,” he proudly says. “I have a PhD and have always been a scientist at heart. For the past 30 years I’ve come to the office and I read scientific papers – I love it.”

Dr. Nibber is proud of the scientific and business team he has assembled at AOR and is quick to provide ample praise for his professional staff, who he says have definitely made AOR the success that it is today. One of the key factors in allowing innovation to flow freely is to permit employees to be themselves and create an environment where individual skills and innovative ideas can flourish.

“People can do wonderful things if you give them the freedom to do what they were hired to do – and they have. It’s an old cliché, but it’s true – good people do make good companies,” he says. “I like to use a quote from Isaac Newton: ‘I have stood on the shoulders of giants’.”

Despite being recognized as a leader within the industry, the team at AOR is constantly promoting the company brand in an effort to gain greater acceptance of this alternative solution to traditional pharmaceuticals. AOR participates in many trade shows and social media events but there is still always a challenge because the company introduces novel products that have never been seen before, and that can often scare people or at the very least make them apprehensive. Due to human hesitancy, Dr. Nibber says it can sometimes take years for a product to catch on and be accepted by the general public.

“As an example, a product we introduced years ago was a B vitamin complex that was really geared towards life extension. The name we used just didn’t register with people and it got to where we almost delisted the product due to low sales. However, someone from the marketing group said ‘why don’t we just call it Advanced B Complex?’ I was hesitant because I thought it would take away from the aging concept but it has become our best seller,” says Dr. Nibber.

The natural supplements produced by AOR encompass a wide variety of uses such as anti-aging, heart health, immune support, detoxification, bone and joint health and many others and are readily available in a variety of forms including: capsule, chewable, liquid, lozenge, powder, soft-gel and tablet.

The company also produces two publications to help further brand the AOR name to the public – a print publication called The Truth Series and an online magazine called Advances, which is published four to five times per year and serves as a mouthpiece for AOR’s new products on the market. The Truth Series was launched a few years after Advances with a goal of being independent and unbiased. It’s not about promoting AOR’s products but rather to focus on industry issues as a whole and getting to the truth about all products, both good and bad.

Research collaborations are ongoing at AOR, with about 18 major active projects currently on the go. Such important collaborations provide the cornerstone to tomorrow’s breakthrough products for the marketplace. The company has also done a rebranding, which hadn’t been done throughout its entire history.

“Our label has been revised and new products are being launched including one that is not the first in the world but definitely first in North America,” Dr. Nibber proudly says.

These are exciting times for the people at AOR. Despite having already created many excellent medicinal natural products for the public it’s apparent they are just scratching the surface for what’s still to come.

“I hope we always stay true to AOR’s roots and its vision, which is making natural health products work as quickly and effectively as pharmaceuticals without the negative side effects,” concludes Dr. Nibber. “Additionally, we want to keep searching for new innovative products and have them put on the market and help people live healthy lives.” 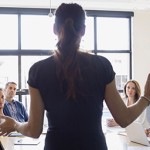