CBJ — The final price for the sale of Aimia’s Aeroplan to Air Canada has increased to $516 million following the finalization of all financial adjustments.

Air Canada signed a definitive agreement last November to buy the flagship points program from Aimia, a loyalty analytics company, at an initial price of $450 million in cash. It was increased to $497 million after original adjustments. The deal closed in January.

The Montreal-based company says the Canada Revenue Agency has told Aeroplan following an audit for the 2012 and 2013 taxation years that the program owes $11 million, on top of the $24 million already handed over to Ottawa. Aimia plans to file a notice of objection. 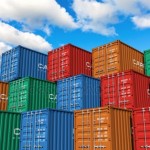 Port of Halifax Gets $47.5 Million