TORONTO, Aug. 06, 2020 (GLOBE NEWSWIRE) — Further to the announcement made July 31, 2020, AGF Management Limited (TSX:AGF.B) (AGF) today confirms that the merger between Tilney and Smith & Williamson to create one of the U.K’s leading integrated wealth management and professional services groups has received Court sanction. The merger is expected to complete on September 1, 2020.
“As a long-standing member of the Smith & Williamson Board, and on behalf of AGF, I would like to congratulate Smith & Williamson and Tilney on the approval of this merger,” said Blake C. Goldring, Executive Chairman, AGF. “This merger delivers on our long-term investment strategy in the U.K. and we are excited by the opportunities completing this transaction provides AGF.”AGF first entered the U.K. private client space with an initial investment in U.K.-based private client asset manager NCL (Securities) Limited in 1998, which later led to making a further investment into an enlarged company created by the merger of NCL and Smith & Williamson in 2002.“The closure of this transaction affords AGF greater flexibility to further invest in strategic areas of growth for the firm,” said Kevin McCreadie, Chief Executive Officer and Chief Investment Officer, AGF. “Additionally, to deliver continued value for our shareholders, we anticipate using the proceeds to fund future share buybacks and service debt repayment.”Based on the terms of the transaction structure, AGF estimates that it will receive total cash of approximately £177 million (approximately C$297 million), excluding tax and one-time expenses and subject to closing adjustments. Net cash after tax and one-time expenses will be approximately £164 million (approximately C$275 million). Total cash includes dividends and distributions of up to £28 million (approximately C$47 million) comprised of – an interim dividend of £2.7 million (C$4.5 million) that was received on February 7, 2020, an interim dividend of £5.3 million (C$8.9 million) that was received on June 26, 2020 and, immediately before closing, an estimated special distribution of approximately £20 million (approximately C$33 million). On closing, AGF is expected to receive cash proceeds of approximately £149 million (approximately C$250 million) compared to an estimated book value at closing of approximately C$150.0 million.The Company has entered into a forward contract to secure AGF’s cash consideration at an exchange rate of 1.68.All approximated Canadian dollar figures assume an exchange rate of 1.68.ABOUT AGF MANAGEMENT LIMITED
CBJ Newsmakers 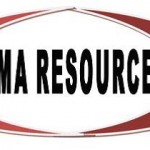