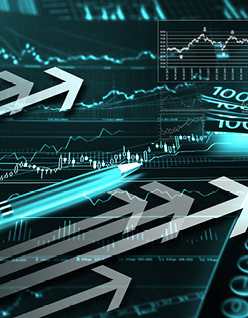 Founded by the husband and wife team of Patrick and Andrea Horan, Agilith Capital is a Toronto-based hedge fund investor that advocates fundamentals and process as a means of stock growth in a diverse, competitive industry.

“Our mission is to generate superior returns through relentless fundamental analysis with the goal of identifying undervalued securities without the constraint of focusing on market capitalization or widely followed index plays,” reads the company website.

Formed in 2007, Agilith Capital has developed a fund to capitalize on its founders’ expertise, with more than 40 years combined industry experience. Today, Agilith Capital has assembled a small concentrated, high-conviction portfolio of stocks that it believes and invests in. And as a small portfolio, it can, as a result, move quickly.

“We try to allocate capital where we believe we have a competitive edge and where we see the most opportunity,” summarized Andrea Horan, Principal of Agilith Capital.

Like any small startup business, Agilith Capital was formed on the personal funds of the Horans. Over the years, the company has developed its North-American base—a non-resource equity fund.

“We’re controlling risk,” Andrea said. “With a big personal stake in the fund, it keeps us focused on driving wealth without taking unrealistic risk.”

“We wear all of our results. It is a main driver of our business model,” summarized Patrick Horan, Portfolio Manager of Agilith Capital.

The company’s focus on non-resource assets makes it unique. It has continued to diversify from the resources sector.

“Most Canadians don’t understand how much resource exposure they have in the marketplace,” Patrick explained. “The Toronto Stock Exchange is somewhere around 50 per cent resources, and if you ask a portfolio manager to build a portfolio bottom-up, he would never put 50 per cent exposure to resources.”

And while the recession of 2008 didn’t force Agilith Capital to change its process, the Horans did however “dig deeper” with many names during the time of economic uncertainty.    Committed to its process, Agilith Capital set the groundwork for an impressive rebound the following year.

Part of that process includes not selling when things get “intrinsically cheap.” As Patrick elaborated, “We believe that there are periods when you have to bet against the market and the wisdom [of the market]. In 2008, we believed Canada was in pretty good shape and we didn’t see the hole in the liquidity, so we didn’t change our portfolio a whole lot.

“As a result, we performed in line to the Toronto Stock Exchange, even a little bit ahead, but more importantly, it positioned us for phenomenal returns in 2009.”

Last year, Agilith Capital further developed its process, beginning to manage non-equity mandates, furthering the company’s growth. Since Agilith Capital’s inception five years ago, the firm’s assets under management have more than quadrupled as a result of this performance and new product introduction.

“I would hope that there will be a continued pace of that growth over the next couple of years,” Andrea commented.

The company believes that, in hindsight, its 2007 launch, just prior to the beginning of major economic volatility, has played an integral role in its success. Andrea believes that this opportunity proved beneficial as the company differentiated itself during this time of market difficulty and uncertainty.

“It was a very difficult period in the market. To generate very strong returns over an extremely volatile period when a lot of people took money off the table and left the equity market…it was good to be recognized for staying committed to our investment process,” Andrea explained. “It was also helpful in terms of building our business and our brand.

While Agilith Capital doesn’t have any immediate plans to launch any new funds, the company will remain focused and committed to building its current operations and growing its existing product base.

Moving forward, Agilith Capital sees improvement from U.S.-based markets, believing that these American markets will return so far as to outperform the Canadian market. Accordingly, the company has continued its shift toward a U.S. asset base, with improved exposure toward the American dollar.

“We’re continuing to really emphasis free cash flow and intelligent use of free cash flow by means of dividends and intelligence acquisitions as a core investment philosophy, so we’re focused on paying very reasonable multiples for the growth that we see, as well as the cash flow that is being generated,” Andrea explained. “This is an amazing time to be in equities because of the ability to generate returns in what is otherwise a very low return environment…or a very high risk environment once you get overseas.”

“We believe that 2011 was a mini-me version of 2008, so we’re reasonable bullish on the equity outlook,” Patrick added. “We think that history will rhyme—it won’t be exact—and we think that the U.S. will lead all other economic nations in what seems to be a very slow growth time.

Clearly, the goal at Agilith Capital is to continue the growth that the company has achieved in its early years of operation.

“We will look for pockets of innovation that drive growth, despite an overall slow global growth environment,” Andrea concluded.