AGM – The Canadian Chamber of Commerce meets in St. John’s 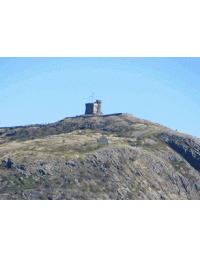 This year, St. John’s, Newfoundland played host to the Chamber of Commerce’s annual general meeting (AGM). As the Chamber’s official media sponsor, Anna Guy (Editor) and Ian Ross (Vice- President of Business Development) represented The Canadian Business Journal, meeting representatives from the many cities and towns proudly featured within our pages. Not even a threatening Hurricane Maria kept the 366 delegates away, many of whom took the opportunity—as they do most years—to extend their AGM trip and take in a few days of sightseeing, and in this case, whale watching and enjoying live Celtic music.

For September 17 to 19, the Delta Hotel was home to representatives of Chambers and Boards of Trade from cities all across this country. Perrin Beatty, President and Chief Executive Officer, and Elyse Allan, President and Chief Executive Officer, GE Canada, and Chair of the Canadian Chamber of Commerce, were on deck to personally welcome members of the Chamber to the event, a symposium of developments, trends and issues that are important to the Canadian Business community to set the Canadian Chamber’s policy agenda for the next year.

Michael Gregory, CFA Senior Economist & Managing Director, BMO Capital Markets and Tim Powers, Vice-President of Summa Strategies Canada, gave members a dual presentation which focused on the Canadian economic and political outlook. The presentation was cautiously optimistic; Gregory said that although Canada’s economic outlook is better than that of the U.S., the country is still vulnerable to a global financial crisis, a vulnerability that is self-perpetuating.

“The next three to six months are going to be quite uncertain and it’s that domestic uncertainty that is contributing to some of the weakness and volatility that we’re seeing in financial markets,” he said.

Uncertainty from the emerging BRIC countries and the ongoing debt crisis in Europe and the U.S. were major themes, all of which could affect the Canadian market. However, Canada’s “enviable resource exports” and “top-rated banking system” help us stay the course, said Gregory, adding he expects “modest economic expansion going forward.”

Powers expanded on Gregory’s points, discussing how politics influence the economy and how [Stephen] Harper’s actions in the next six months (in accordance to Gregory’s timeline) will determine his success as a Prime Minister. “The No.1 focus for the government over the next six months is not playing…with the opposition, it is going to be the ongoing management of the economy.”

The following days saw delegates reviewed 62 resolutions, passing many, including a National “Gateway to the Arctic” strategy, which fits to the CCC’s larger study on Investing in Canada’s Remote Communities which was released the AGM.

“Canadians have to start looking at our remote communities differently”, said Beatty, “Our collective economic wellbeing and our international competitiveness could well depend upon the public policies adopted today that leverage the economic possibilities of many of these communities and their potential to contribute to our nation’s wealth.”

“Canada’s remote communities can pack a powerful economic punch. There is great optimism. Business investment combined with progressive public policy will unleash significant opportunities for remote communities and for Canada as a nation,” added Allan.

As the AMG screeched to a halt on the 19th, delegates packed their bags and headed back to work, buoyed with the sense of optimism that the accomplishments of the weekend will pay dividends for the months to come. 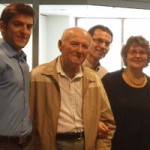 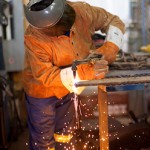