VIEW BROCHURE
A Unified Voice for All Farmers

Agriculture has historically held form as one of the most important and fundamental economic drivers in New Brunswick and as such an organization called the Agricultural Alliance of New Brunswick (AANB) serves as its bilingual, unified voice to protect the interests of all farmers throughout the province.

Headquartered in Fredericton, the AANB came into existence in 2006, borne out of two previous entities – the Agriculture Producers’ Association and the Federation des agriculteurs et agricultrices francophones du Nouveau Brunswick. The impetus in bringing the two organizations together was to create one much stronger voice in dealing with the provincial government rather than going through the same bureaucratic procedures in two languages.

The AANB is now closing in on 900 members and is led by farmers who understand each aspect of the agricultural industry. The Alliance is steered by a volunteer board of directors comprised of farmers who are elected by their peers. The board receives its mandate directly from New Brunswick farmers during regional meetings held throughout the province by accepting resolutions that are voted on by delegates during the AANB Annual General meeting in January.

A primary goal of the AANB is to ensure that municipal, provincial and federal governments hear and respond to the concerns of farmers everywhere.

The Canadian Business Journal recently spoke with AANB CEO Josée Albert and President Mike Bouma about the organization’s success as it enters its 12th year in operation.

“It’s been quite successful with a good working relationship. We have directors from six areas within the province. The number of directors varies with the population within each of these districts but most have two directors,” begins Bouma.

“The Moncton region has three directors,” adds Albert. “The reason for that is due to the higher number of producers in that region.”

A primary benefit for members is that the AANB is the lobbying voice for agricultural producers in the province with the ear of the governments at all levels.

The AANB finds itself well connected with government and industry officials and is an integral part of the Canadian Federation of Agriculture (CFA) and several other influential organizations on a national scope, including the clout to negotiate directly with the federal government.

Membership perks with the AANB include fuel purchasing and specialty programs such as a significant one with Chrysler where rebates are made available to members of the organization. Both Albert and Bouma note that the direction of the organization is dictated by the membership and it is up to the executive branch to then follow through on those directives.

“We are a grassroots organization. Our membership is the one guiding our direction for the year,” says Albert.

Historically, agriculture has been a very significant contributor to the economy of New Brunswick and both Albert and Bouma expect that to continue in the future.

“We’re the No.2 goods’-based GDP earner for the province. With that we are only a very small part of the budget, so it’s amazing what we can achieve,” says Bouma. “We’ve been growing between 1% and 1.5%.”

A traditional concern and challenge that faces the AANB it’s that it has often found itself playing catch-up with the other Atlantic Provinces where deeper government support has typically been shown, although Albert and Bouma are both optimistic about what they have seen recently from New Brunswick.

“Right now our provincial government seems to be a little bit more favorable than we’ve seen in the past. We are important to the economy, and especially the rural economy,” he says.

Albert agrees: “As far as trying to operate within some of these economic constraints and not being at the same level of competitiveness compared with other provinces, we have to work in a volatile environment, including political policies and various programs as well.”

The AANB is committed to providing a positive public image of farmers and noted progress continues to be made on both long-term and emerging challenges ranging from labour shortages, land use planning, environmental issues, improved regulations and reduction or elimination of bureaucratic red tape.

The AANB membership is also constantly fighting to maintain protection for the agricultural lands in New Brunswick.

“Last year our province announced a new Ag-land policy, which is set to protect farmland from topsoil stripping or development on any known prime soils,” says Bouma.

There is now substantial pressure to receive enforcement and capacity as a means of protecting the farmlands. Albert and Bouma are waiting for it to have more of a bite, which will include an ability to get more people on the ground to help protect the land for future generations of producers.

A major aspect of the AANB includes education, training and mentorship programs, which have been very-well received by the membership. New in 2017 was the Ag in the Classroom program, which is geared towards schools and is currently for students from kindergarten to Grade 6. As the program evolves the longer-term plan is to expand into the high schools.

“It’s an initiative that had been in the works for the past three or four years with the government. It was officially launched in September, 2017. We have two coordinators who are in charge of the program,” says Albert.
The fundamental objective of the program is to introduce agriculture into to the schools as a means of better educating students. The program touches on such areas as the potential for career planning, where food comes from, the science behind the products and problem resolution.

Individuals who are contemplating entering the industry have a significant mentorship program at their disposal. It’s a program that has been in place for almost two years now and involves linking those interested parties directly with a current producer. Albert likens the program to a type of matchmaking service in the sense that the AANB will interview the individual to find out about their background and the direction they want to take their career. Some people know exactly what they want to do, but others are starting from scratch and that’s where the AANB can especially be of assistance in providing guidance and professional development support.

“We then connect the individuals with the producer that we feel would yield the best match and then they will get mentorship time with that producer,” says Albert.

New Brunswick was also the first province in Atlantic Canada to implement the Open Farm Day program, which sees a number of farmers volunteer to have their doors open to the general public on the third Sunday in September. The Open Farm Day program has resulted in outstanding public interaction, which allows them to see how their food is produced. As a testament to the success of the program, about 30,000 people toured through the farms last year.

“If we can have people understand what we do it certainly makes our jobs easier,” continues Bouma.

“As far as training for our membership we do partner with New Brunswick community colleges when funding is possible to offer hands-on training such as welding. We are looking at small engine maintenance and repair. We have also done workshops on food safety through the CanadaGAP program, which is a food safety program for companies that produce and handle fruits and vegetables,” continues Albert.

Each year the AANB holds its annual general meeting, with this year’s scheduled for January 18-19 and it’s where initiatives and mandates are set for the coming year. It’s an extremely high-profile event that is well attended, including many important legislative decision makers.

“We will have our minister of agriculture coming to speak to our delegates,” points out Albert.

The theme at this year’s AGM is Agriculture and Food Evolution. Croplife Canada has agreed to sponsor the screening of the documentary Food Evolution, which will take place a day before the AGM, on Wednesday, January 17.

“Also on the Wednesday we have a workshop with a tax specialist who will talk about minimizing some of the risks on the farm and the best ways to do that,” says Albert.

One of the initiatives both Albert and Bouma are working on is the disparity in registration fees for required licensing from one province to another.

“We are considerably higher than all of our other Atlantic counterparts but yet we are expected to compete,” says Bouma. “To give you an example, to register a transport truck with farm plates is something like $1,800 in New Brunswick while in PEI it’s just $100. There are significant cost disadvantages that we have and it’s something our membership has complained about for years.”

There is also the new Canadian Agriculture Partnership, which is a five-year, $3 billion investment by federal, provincial and territorial governments to strengthen the agriculture and Agri-food sector.

“We have programs that are called Business Risk Management that producers can access to help with insurance coverage. Also, AgriInvest provides the ability to producers to get government investment. There is also Non-Risk Business Management, which is primarily provincially administered and that’s where we get most of our funding for the programs and initiatives that we deliver. The new framework is expected by April 1,” says Albert.

The future looks promising with New Brunswick strategically well-placed to further grow its already successful agriculture industry to an even greater extent.

“We have the lowest land prices with in Canada we have ample good water and good air. It’s a matter of getting the infrastructure in place so that producers can make a living. We have to be able to show producers that there is a future for new generations to come in,” says Bouma.

“What I’m hoping the AANB can do is to keep pushing that yardstick forward and to keep getting pressure on our province to see the value of agriculture,” states Bouma. “Beyond large-scale industrial production of large populations such as in parts of Ontario, let’s focus on the advantages that we do have. We have lots of physical assets for agriculture – it’s now a matter of getting our ducks in a row so that we can market ourselves to the maximum and have farming be both marketable and sustainable.” 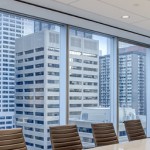 Fit for the Future 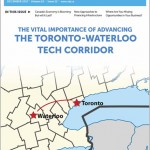