LEAMINGTON, Ontario, Aug. 21, 2018 (GLOBE NEWSWIRE) — Agriculture workers met with senior government officials in Leamington, Ontario on Sunday to share their experiences with the Temporary Foreign Workers Program (TFWP), and to offer some advice as frontline workers in addressing a number of serious gaps in the system, especially when it comes to health and safety, housing, piece rates, and other basic rights and standards.

Stemming from the Primary Agriculture Review, the discussion in Leamington on August 19 is the first of three worker consultations, with the other two scheduled for Abbotsford, B.C. and Saint-Rémi, Quebec.

The purpose of the review is to provide the federal government with stakeholder input on reforming the agricultural stream of the TFWP, and, more specifically, the recommendations put forward by the House of Commons Standing Committee on Human Resources, Skills and Social Development and the Status of Persons with Disabilities (or HUMA). A video of UFCW Canada’s presentation to the HUMA committee is available for download, as is its paper submission.

As the voice of Canada’s food workers, UFCW has played a constant role in the review process, joining employers and other civil society organizations in putting forward a number of policy ideas, and in working closely with the Agriculture Workers Alliance (AWA) to lead efforts that ensure migrant workers have a direct say in the review and its outcomes.

During the consultation in Leamington on August 19, agricultural workers shared the following with senior federal policy makers:

“Health and Safety training, and inspections, should be mandatory, it’s not ok that pesticides are being sprayed inside the greenhouse while we are pruning tomatoes. We know it’s wrong but we can’t refuse because we don’t want to be sent back home. If we knew the policies we would have elements to say no. But the overall solution would be to join a union, agriculture workers deserve better,” said Rodrigo, in reference to the fact that agriculture workers remain excluded from the Ontario Labour Relations Act.

“I’m currently living in a small house with forty co-workers, and we are each charged $500 per month, 10 workers per room and eight in the basement, we really need a union otherwise we are voiceless,” said Elias.

“Before I came to Canada I was told that I would be paid per hour but I have been paid piece rate for almost two years, we complained and then the harassment started, the manager asked me to resign, but I didn’t since then I’m making half, we should be able to join a union,” said Jose, a mushroom worker.

“I was sick for a week, the doctor gave me a note indicating that I should rest but the manager didn’t care and called me back to work, I refused and I was terminated. We should have a mechanism to appeal or transfer to other farms. With a union this wouldn’t happen, agriculture workers really need the right to join a union,” said Cecilia, via teleconference from Mexico.

Out of fear of reprisal, some of the identities of the above commentators have been modified. As well the consultations were held at the UFCW-AWA Agriculture Worker Support Centre in Leamington, which has been assisting agricultural workers in the area for nearly 20 years, and is regarded by vulnerable worker populations as a safe place for expressing their thoughts on workplace and TFWP issues.

A photo accompanying this announcement is available at http://www.globenewswire.com/NewsRoom/AttachmentNg/dea31b24-0cbb-427a-a6e9-28d4ee2e168f 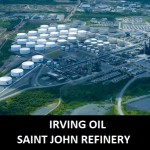