VIEW BROCHURE
Precision Agriculture as the Way of the Future

Based in the rural, picturesque town of Swan River, Manitoba, AgSky Technologies Inc. has been providing custom aerial imaging to farmers, producers and rural municipalities using drone technology since 2013. Drones, also known as UAVs (unmanned aerial vehicles) are operated either by remote control or computerized auto-pilot. The images received by the drone reveal crop health, field layout and in some cases, elevation mapping. By making top-of-the-line technology and precise data accessible to farms of all sizes across the prairies, AgSky is changing the way agri-business is done.

AgSky prioritizes their customers. President and CEO Warren Genik explains that when putting together a drone report, he focuses on gathering meaningful information that allows farmers to act based on the results. He avoids jargon and extra information—“things that may be more meaningful to a computer technician than a farmer”—and instead highlights relevant information for the particular type of farmer or field that he is working with.

“We focus on making sure that all data that is available from a drone is ready to be used by a farmer or crop consultant. We spend a lot of time ensuring that we’re processing all of that data into a format that is ready to go, so that farmers don’t have to worry about getting it into their farm management software.

They can start making farm-related decisions immediately. All of our reports are put together in a very clear and concise manner, showing exactly what the farmer needs to know to make decisions. Also, we are not limited to one type of drone or farm software. We can process data from any type of drone and convert it to any type of farm software so that we can reach all aspects of the agriculture market and be available for all levels of farmers,” says Genik.

For instance, last October, Genik was approached by a farmer who was interested in doing some surface drainage work on his field, as he was losing production yield and wasting inputs every year due to the excess moisture getting caught in the sinks in his field. AgSky was able to create a topography map of the field. It took about 30 minutes to map the 160-acre field with a drone, and then three hours to process the data for delivery to the farmer. From there, the farmer was able to load the reports into his tractor display for reference while he worked on the field. When AgSky did a follow up report, they saw that he had cleared approximately 80% of his sink areas. The service paid for itself, as for years to come the drainage and crop yield for the farmer will be improved. Additionally, by using AgSky’s services the farmer was able to save his time, labour, and fuel.

Genik points out that although traditionally, larger farms are the ones that make full use of the latest technology, with AgSky, this high level of technology is available to any farm, which is encouraging for smaller businesses or farms that are looking to complete smaller projects using precision agriculture.

From then to now

Genik has 15 years of experience in computer consulting. He first became inspired to get into aerial imaging when he worked on his uncle’s farm. After a day’s work, he would chat with his uncle about the ways in which new technologies could change farming operations.

“My uncle was very interested in drones and what they could bring to the table for farmers. He asked a lot of questions and got me looking into it for him. Unfortunately, he passed away unexpectedly in December, 2013. That meant the farm was basically no longer in operation. Once the dust settled, I decided that in his memory, I would carry on with what we had started together, and see what I could put together to help other farmers because there was clearly a lot of interest,” explains Genik.

The company is growing fast. Currently, Genik manages a single crew that is licensed to operate in Manitoba, Saskatchewan and Alberta. Genik plans to set up additional crews, possibly as early as this summer. He is also considering franchising so that other agri-businesses can add drone capabilities to their existing services.

How has the company grown so quickly? Genik attributes most of his sales to his social media presence.

“I’ve been putting myself out there through a lot of the newer channels on social media. I’ve discovered that farmers really tend to love social media—Twitter in particular. I’ve used it to show off the kinds of data I can use from a drone, and show it off in a way that farmers can see. They get interested and want to take a closer look,” he elaborates.

“Farmers love technology. The public may not realize how much technology is actually used on the farm,” says Genik.

The primary drone that AgSky uses is the sophisticated, auto-piloted senseFly eBee Ag drone, especially designed for agricultural use. The drone has the ability to self-adjust in harsh weather conditions, withstanding sudden gusts of harsh prairie wind (up to 45 km/h). It has a three-foot wingspan, a styrofoam and carbon fibre frame weighing only 1.5 lbs, and flies 300–400 feet above ground. It can cover 400 acres in a single flight and can last up to 45 minutes with its lithium polymer battery. By switching batteries, the drone can be used to cover a large area in a short amount of time—up to 2,000 acres of land a day. The drone’s photographs construct a high-resolution mosaic map that can then be used to assess the field.

However, Genik stresses that at the end of the day, “it’s not about the drone; it’s about the data,” and AgSky specializes in providing customers with comprehensible, actionable data.

He says, “It doesn’t matter how shiny and new the piece of technology is that’s flying over your farm. The farmers are much more interested in what kind of information can be produced. We recognize that a farmer can buy their own drone for a few hundred dollars and take beautiful pictures, but what do those pictures actually mean for their farm?”

With his technology background and passion for helping farmers, Genik has created a company that can interpret that data to make modern precision agriculture techniques a possibility for any type of producer operating a farm of any size. 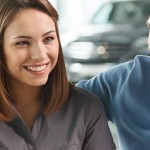 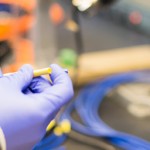