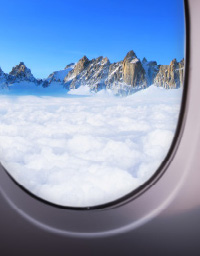 If you’re a frequent vacationer, you have probably flown with Air Transat. As Canada’s leading holiday travel airline, Air Transat carries about 3 million passengers to nearly 60 destinations in 25 countries, every year! With a fleet of 18 Airbus A330s and A310s, Air Transat employs approximately 2,000 people.

On a larger scale, Air Transat is a subsidiary of Montreal-based Transat A.T. Inc., which is an integrated, international tour operator and holiday travel specialist. So, in addition to air transportation, Transat also provides destination services, such as rental and hotel bookings—particularly for Canada and Europe, as well as in the Caribbean, Mexico and the Mediterranean Basin. All together, the 23-year-old company employs 6,500 people (5,000 of whom are in Canada), has approximately 17 business units and posts annual revenues of $3.5 billion.

Although Transat has grown significantly and added to its services, Air Transat remains the parent company’s mainstay. It is very important for an international tour operator to be able to secure airline seats on good terms and, where possible, have better control over part of this supply and the related costs. When a tour operator has control over a significant part of its air capacity, as is the case with Transat, it is better positioned to develop an appropriate and flexible offering that meets travellers’ requirements. And that is how the company has built its success.

For customers, one of the best features of Air Transat is its affordability. At any given moment, the airline has featured deals, making otherwise expensive trips a lot more accessible to the average Canadian family. For those that prefer to travel in style, Air Transat does offer the Club Class for superior comfort and exclusive privileges. But travellers will find the economy class more than satisfactory with in-flight movies, meals and other attendant services.

A division that the public might consider behind the scenes is Air Transat Cargo. And though this portion of the business doesn’t involve human passengers, it is still an extremely important element of the business. For example, Air Transat Cargo is the leader in moving perishable goods from the south and into Canada during our winter months. Though many Canadians enjoy their mangos in January, they probably don’t consider that they had to travel from somewhere else. It’s just one example of how integral cargo service is to end-customers, as well as the airline’s revenue stream. So it is no wonder that Air Transat is focused on its development.

Presently, Air Transat Cargo flights extend to Europe, Mexico, the Caribbean and Latin America. Where the airline doesn’t travel, it leverages its interline partners to go beyond those points, so in fact, the airline is connected to an international network of air travel. Service-wise there is little the division can’t do, and plans for future fleet expansion will only increase capacity.

A new element that Air Transat Cargo has factored into the business is its ultimate control over the entire process. As of April 1, 2010, Air Transat has integrated its cargo management in-house to drive focus and organisation. The integration will also mean greater efficiency and higher performance for an improved bottom line and better customer service.

Air Transat is smart to further establish its Cargo brand around the world, and grab a piece of the multi-billion-dollar logistics market. As globalization becomes increasingly prevalent across all business sectors, companies will surely continue to need transportation services to move their goods.

Tourism is growing into one of the world’s leading industries—where communities reap the economic benefits and hundreds of millions of travellers discover new cultures. Air Transat is committed to the responsible development of said industry, and has adopted the following definition of sustainable tourism: “Sustainable tourism entails respect for nature, as well as for host communities and their values; it combines positive socio-economic benefits for local populations with an enriching experience for travellers.”

The company has embarked on a number of major projects under the auspices of its Sustainable Tourism Executive Committee, chaired by Lina De Cesare, Transat Co-founder and President, Tour Operators. All are connected in some way to the three pillars of sustainable tourism: the environment; respect for local communities and protection of their culture; and the economy.

The issue of the environment, as far as Air Transat’s own facilities are concerned, is a clear and basic target. Environment committees have implemented concrete initiatives with regard to recycling, conservation of resources, the disposal of obsolete electronic equipment and raising employee awareness. Air Transat, which proved its forward-looking approach by adopting a strict fuel-management system in 2003, has since begun developing an environmental management system that could lead to an ISO 14001 certification in the future.

Air Transat is also involved in humanitarian aid issues. The best and most recent example would be its response to the Haiti earthquake. Within days of the devastation, Air Transat received the authorization to operate a humanitarian flight from Montreal to Port-au-Prince to assist the people of Haiti. On board the Air Transat Airbus A330 was 40 tons of cargo and approximately 100 volunteers from various organizations, including the Red Cross, the Centre for International Studies and Cooperation (CECI), Feed the Children, Oxfam-Québec and CARE Canada.

Among other things, the plane carried water, 10,000 blankets, clothing, generators, tents and 10,000 surgical masks, profitably using all available cabin space and the cargo hold capacity. Part of the non-perishable items and clothing collected and being transported by Air Transat comes from the employee donation drive for earthquake victims organized by Transat. Some of the supplies went to SOS Children’s Villages, a Transat partner that manages two villages for orphaned children in Haiti.

Air Transat is clearly an airline that has more up its sleeve than just a seat on a plane. And as it continues to facilitate relaxation to vacationers, provide space for the goods we love, and reach out to those in the global community, Canadians will continue to get on board and use its air travel services. 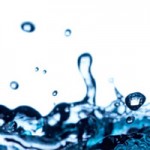 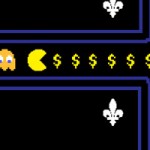