CBJ — In the aftermath of a deadly shooting in Toronto, Airbnb has announced changes to its regulations. Most notably, Airbnb will no longer allow Canadians under the age of 25 to book entire homes in their community.

Three men, all under the age of 25, were killed during a house party.

The Airbnb business is based on short-term rentals in conjunction with homeowners.

Last August a man was shot at a an Airbnb property in Toronto.

The company also announced a donation of $300,000 to Canadian Doctors for Protection from Guns over the next three years. 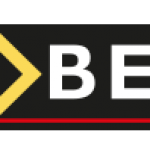