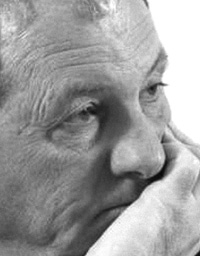 CBJ is pleased to present an interview with Alberta Energy Minister Ron Liepert, who spoke with George Media Editor in Chief Sara Kopamees about new developments in Canadian energy industry regulation, the energy sector’s sustainability efforts, and the future of exploration in Canada.

Sara Kopamees: How are you finding your role thus far?

Ron Liepert:  It’s an exciting time. I think that Alberta will lead Canada in economic recovery.

I’m currently in Fort McMurray and it’s vibrant here, there’s lot that is happening. For me, it’s a real learning experience, but I think we are on the edge of something really good.

SK: With this continued economy recovery happening for Canada, how should we anticipate that the province will streamline regulations so there is more industry growth and more investment?

RL: About a year ago, we commenced the competitiveness review of the oil and gas industry, and we and came up with several initiations in mid-March, one being some adjustments to our fiscal regime, and further adjustments were made last week. In essence, what that did was close the book on our fiscal regime—we’ve made the changes we’re going to make in the industry, and the investment community. They have consistently asked for stability and predictability and we’re going to give them that on the fiscal side.

At the same time, in mid-March, we announced an exhaustive review of regulations. That work is well under way. Out of that initial progress report, there will be some “quick wins”—and I think the committee will continue to work through the year to come up with a final report [by the end of 2010].

SK: What are those quick wins?

RL: Really I think the quick wins are identifying [regulatory] processes that we have in place where [the energy] industry has to literally repeat two and three and four times the same [regulatory] process. It just happens to be a different department of government, or the at the Energy Resources Conservation Board level. One of the first directives given to the task force was to see where we can streamline—clearly not lowering regulations—but streamlining them. Through the work that I did in the first couple of months before we released our competitiveness review, and in meeting with industry, [I found that] their greatest frustration was examples of where it would take a year to get through the whole [regulatory] process with the Energy Resources Conservation Board. They would get their application approved, and then they would have to start all over again with the Department of Environment. And it’s those kinds of things where we need to work in harmony.

SK:  In creating a better, environmentally sustainable industry, do you think that it’s simply intuitive to make regulations more streamlined, so that we can have a stable process, but also make sure that we are not infringing on industry competitiveness?

RL: Yes, exactly. I think that any time there is a delay in approval, specifically an unnecessary delay, it costs the industry money. We don’t want to see these unnecessary delays and we’re getting to the point where some of our projects that are oil sands related are taking up to four years to get approved. That doesn’t make us competitive with the rest of the world.

To give you an example, when the first [oil sands] projects were proposed, each one had to do an environmental impact assessment. We’ve had literally dozens, maybe even close to hundreds, of these applications now. Every time they go through an environmental assessment it takes up to a year, and they come up with the same results. So why, if this technology that’s being applied for is exactly the same as the last fifty or so that have applied, do we have to do it all over again?

SK: Do you think that by streamlining these regulations we will have a competitive edge when it comes to attracting international investment?

RL: No, I don’t think it will necessarily give us a competitive edge, but what we want to ensure is that we are not making our industry uncompetitive. The reality is that investment capital moves around the world, and clearly there are some other countries that probably have less stringent environmental regulations. We’re not going to lower our environmental regulations—but for goodness sakes, let’s not further encumber industry by [implementing] unnecessary regulations and duplicative processes that aren’t necessary.

SK: What are some of the more realistic goals that we can anticipate for increasing our sustainability? Is carbon capture and storage a realistic goal?

RL: Absolutely! We believe strongly that it’s realistic. We’ve made the financial commitment to it. We’re now in the process of going through negotiations with four carbon capture and storage (CCS) projects that we’ve selected and we’re starting to deploy that technology.

I refer to CCS today as being in the same position that the development of our oil sands were in the 1960s. We knew the oil was there, we knew that at some point we would need the oil, we didn’t have the technology to necessarily extract the oil, and we couldn’t do it (at that time) in a way that wasn’t cost prohibitive. And if you think about all of those things, I think that’s exactly where we are with carbon capture and storage today: We know we need to do it, and we know that ultimately the world is going to need the technology that is going to be developed around carbon capture and storage.

It’s expensive. But as we develop technology, the cost will come down. The other benefit around carbon capture and storage is that we can use it for enhanced oil recovery.

SK: How important has it been to work with industry partners that are involved in building enhanced oil recovery technologies?

RL: I think it’s critical. Again if you look back at the development of the oil sands, if it was not for the investment in Alberta Oil Sands Technology and Research Authority (AOSTRA), back in the 1970s, if it were not for the Alberta government initially partnering to get it off the ground, where would the oil sands industry be today?

It was a partnership between government and industry that spurned the development of the oil sands. I see the same kind of partnering with industry on carbon capture and storage. Several of our projects are indicating to us today that if all goes well, they believe that their next iteration of the project could actually proceed without government assistance. So it is important. It’s likely not going to happen without some sort of government encouragement, but again, I look back to the development of the oil sands. If government had not partnered with industry, where would we be today?

SK: How will Bitumen Royalty-in-Kind affect the industry?

It’s a new concept and human nature has some reluctance to change, a reluctance to try something new. But I think that if this evolves going forward, and we have the same conversation 10 years from now, it will be accepted by industry in the same way conventional royalty-in-kind is today.

In many cases, industry may take a different short- or long-term perspective on value-adds, and then the government might as well because we have differing long-term objectives. We’re in the very early stages of moving forward with this. We are in negotiations currently for a long-term contract to process the first 75,000 barrels per day of government Bitumen royalty-in-kind. We have to see how those negotiations evolve over the next few months. One of the challenges that exists today is that the price of Bitumen is very high. Typically there is a 40 per cent gap between synthetic crude prices and Bitumen prices, historically that’s the way it has been, and therefore if you can upgrade you add a lot of value and you add a lot of jobs, and presumably a margin.

The difficulty you have right now is that the Bitumen price is closer to 80 per cent of synthetic crude and the margin isn’t there. As a result, you have a lot of applicants for oil sands development that apply to proceed without upgrading capacity. We will work with [our newest partner] over the next few months. We need to arrive at an agreement that is good for government and for the taxpayers of Alberta, but we also recognize it has to be good for the proponent as well.

SK: How does the industry ramping up its efforts to create more jobs, more stability and economic diversification?

RL: The changes we made on the fiscal side of our royalties structure over the past few months have been all about creating jobs. We believe that as government we need to put in the fiscal framework and then let industry make the decisions on when and where to invest.

I can only go by the projections that various industry associations are making. We’ve had two come out in the last month or so. One is estimating that in 2010, 11,250 wells will be drilled in Western Canada, with 7,590 in Alberta. That compares to a Western Canada projection of 9,000 in January. The Canadian Association of Drilling Contractors also came out with similar numbers.  In fact, they are projecting 11,500 wells to be drilled this year.

We continue to have significant investment in oil sands. They are typically smaller projects, and that’s not a bad thing. At this stage, we are not seeing the major capital projects going ahead right now, but I think that could very well change. From a job outlook, province wide, it’s very positive. All of these projects that I am hearing about seem to be industrial type, but you have to remember there are a lot of engineering and other typical, more white collar jobs that go along with those jobs as well.

SK: Are there any key messages that we should be sending to the readers as to why they should keep an eye on Alberta?

RL: We have taken some initiatives working with industry over the last year through our competitiveness review. We have regained trust. We are working together with industry, and that to me is a very strong sign, when you are all working together it means a healthy investment climate. The other thing we have to get across is that a strong Alberta economy, driven by oil and gas—and it will always be driven by the energy sector—means a stronger Canadian economy. A lot of the product that goes into building an oil sands plant or an upgrader, or for that matter day-to-day oil and gas field activities, is manufactured in Central Canada and Quebec and Ontario. As I was saying in Fort McMurray this morning, I was talking to a fellow who is in the home construction business. He has about 300 employees in Fort McMurray and 60 per cent of his workforce is from Newfoundland. Think about that for a minute. All of these people who have chosen to move to Alberta from Newfoundland are working, they are paying federal taxes and those federal taxes are being used by Ottawa as part of equalization. So, I come back to the point about a strong Alberta meaning a strong Canada. 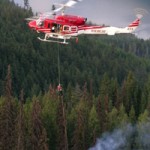 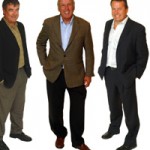