EDMONTON, Alberta, Oct. 30, 2020 (GLOBE NEWSWIRE) — Further to its news release dated October 9, 2020, Alcanna Inc. (the “Company” or “Alcanna”) (TSX: CLIQ) today announced the successful closing of the Company’s sale of eight (8) convenience-format liquor stores on Vancouver Island, British Columbia to Mid-Island Consumer Services Co-operative (“Mid-Island Co-op”).
The total purchase price was approximately $21.2 million, inclusive of inventory and other assets. Alcanna received approximately $20.9 million on closing and anticipates receiving up to an additional $0.3 million prior to the end of 2020 as part of the post-closing price adjustments. The stores will continue to be operated under the Liquor Depot banner for a period of up to three months as part of the transitional services provided by the Company.The proceeds from the transaction will be used by Alcanna for investment in its Canadian liquor and cannabis retail businesses, debt reduction and for general corporate purposes.ABOUT ALCANNA INC.Alcanna is one of the largest private sector retailers of alcohol in North America and the largest in Canada by number of stores – operating 215 locations in Alberta and British Columbia. The Company also operates 33 cannabis retail stores, with 32 locations in Alberta and one location in Ontario.Alcanna’s common shares and convertible subordinated debentures trade on the Toronto Stock Exchange under the symbols “CLIQ” and “CLIQ.DB”, respectively.Additional information about Alcanna Inc. is available at www.sedar.com and the Company’s website at www.alcanna.com.For Further InformationJames Burns
Vice Chair and Chief Executive Officer
Alcanna Inc.
(587) 460-1026 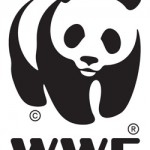