Not for Distribution to U.S. Newswire Services or Dissemination in the United States

VANCOUVER, British Columbia, April 28, 2021 (GLOBE NEWSWIRE) — Aldebaran Resources Inc. (“Aldebaran” or the “Company“, ALDE TSX.V) is pleased to announce that it has increased the size of its previously announced non-brokered private placement of units (the “Offering“) from $5,000,000 to $9,386,358. Upon closing of the Offering, the Company will issue 20,858,573 units (“Units“) at a price of CAD$0.45 per Unit. Each Unit will consist of one common share of the Company (a “Common Share“) and one-half of one share purchase warrant (each whole warrant, a “Warrant“). Each Warrant will entitle the holder to purchase one additional Common Share at a price of $0.70 until the second anniversary of the closing date of the Offering.

The proceeds of the Offering will be used towards the ongoing drill program at the Company’s Altar copper-gold project in Argentina, and for general corporate purposes. The Company is currently executing a drill program at Altar, targeting deeper extensions of known higher-grade mineralization. The Company intends to continue to drill until the end of the field season, which is typically in May.

The Offering is scheduled to close on or about May 3, 2021, and is subject to certain conditions including, but not limited to, the receipt of all necessary approvals of the TSX Venture Exchange. The Units to be issued under this Offering will be offered by way of private placement exemptions in various provinces of Canada as well as outside of Canada, pursuant to applicable exemptions and in the United States on a private placement basis pursuant to exemptions from the registration requirements of the United States Securities Act of 1933, as amended. The Company may pay a finder’s fee of up to 6% cash and 6% compensation warrants to qualified finders in respect of portions of the Offering.

Certain insiders of Aldebaran will acquire securities in the Offering.  Any such participation would be considered a “related party transaction” as defined under Multilateral Instrument 61-101. The Company is relying on certain exemptions in 61-101 based on the size of the Offering in connection therewith.

Aldebaran is a mineral exploration company that was spun out of Regulus Resources Inc. in 2018 and has the same core management team. Aldebaran acquired the Rio Grande copper-gold project located in Salta Province, Argentina from Regulus along with several other early-stage projects in Argentina. Aldebaran also has the right to earn up to an 80% interest in the Altar copper-gold project in San Juan Province, Argentina from Sibanye Stillwater. The Altar project hosts multiple porphyry copper-gold deposits with potential for additional discoveries. Altar forms part of a cluster of world-class porphyry copper deposits which includes Los Pelambres (Antofagasta Minerals), El Pachon (Glencore), and Los Azules (McEwen Mining). A total of 259 drill holes (119,052 m) have been completed at Altar between 1995 and 2019. In March 2021 the Company announced an updated mineral resource estimate for Altar, prepared by Independent Mining Consultants Inc. and based on the drilling completed up to and including 2020. The Company is in the process of finalizing the NI 43-101 Technical Report and will file it on SEDAR once completed. Aldebaran’s primary focus is the Altar project with a view to discovering new zones with higher-grade mineralization.

Certain statements regarding Aldebaran, including management’s assessment of future plans and operations, may constitute forward-looking statements under applicable securities laws and necessarily involve known and unknown risks and uncertainties, most of which are beyond Aldebaran’s control.  Often, but not always, forward-looking statements or information can be identified by the use of words such as “plans”, “expects” or “does not expect”, “is expected”, “budget”, “scheduled”, “estimates”, “forecasts”, “intends”, “anticipates” or “does not anticipate” or “believes” or variations of such words and phrases or statements that certain actions, events or results “may”, “could”, “would”, “might” or “will” be taken, occur or be achieved.

Specifically, and without limitation, all statements included in this press release that address activities, events or developments that Aldebaran expects or anticipates will or may occur in the future, including the proposed exploration  and development of the Altar project described herein, the use of proceeds of the Offering, availability of exemptions from MI 61-101, management’s assessment of future plans and operations and statements with respect to the completion of the Offering, completion of a new resources estimate and anticipated exploration and development programs, may constitute forward-looking statements under applicable securities laws and necessarily involve known and unknown risks and uncertainties, most of which are beyond Aldebaran’s control. These risks may cause actual financial and operating results, performance, levels of activity and achievements to differ materially from those expressed in, or implied by, such forward-looking statements.  Although Aldebaran believes that the expectations represented in such forward-looking statements are reasonable, there can be no assurance that such expectations will prove to be correct. The forward looking statements contained in this press release are made as of the date hereof and Aldebaran does not undertake any obligation to publicly update or revise any forward-looking statements or information, whether as a result of new information, future events or otherwise, unless so required by applicable securities law. 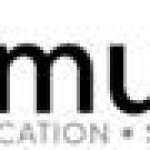