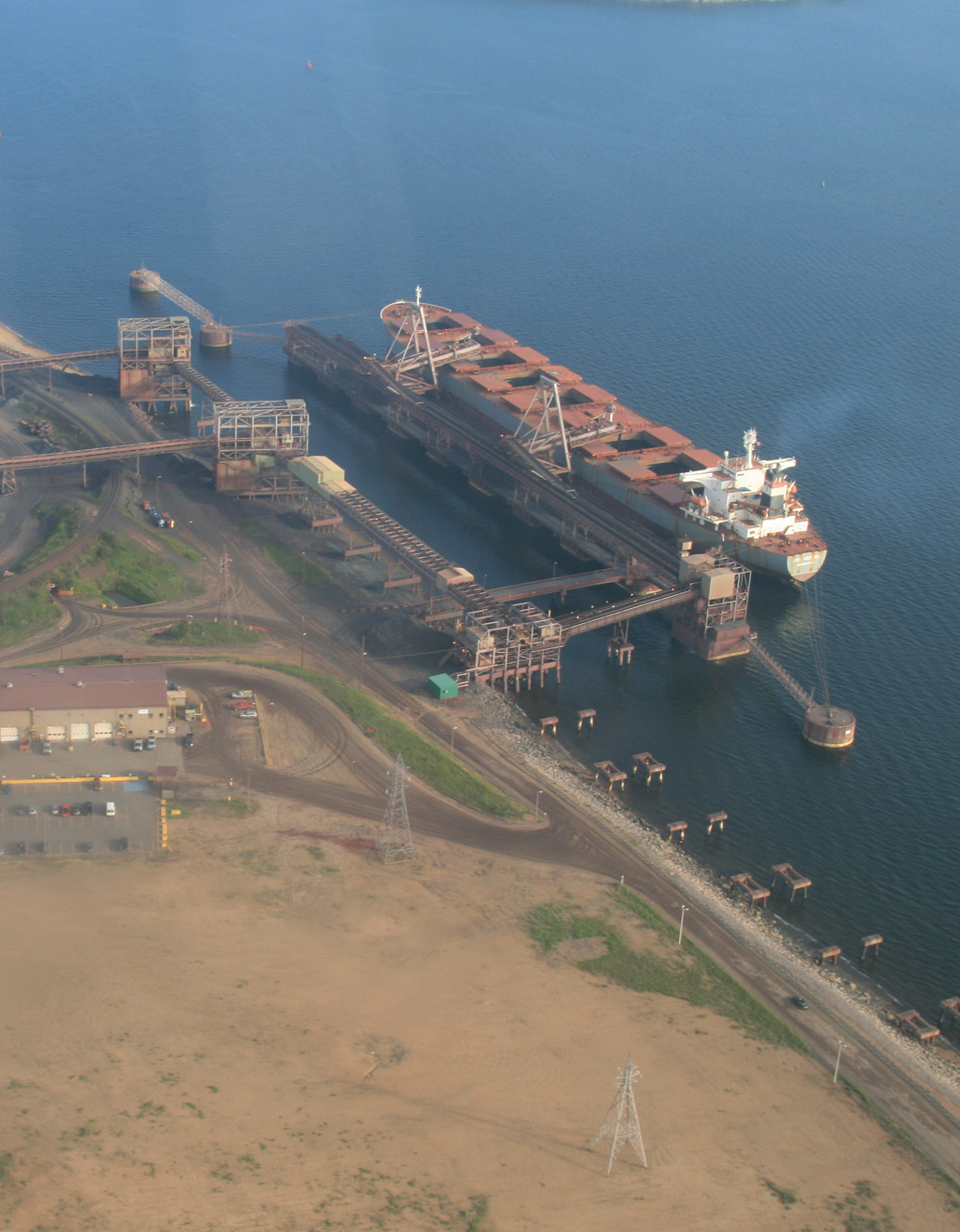 With its strong management team, international Chinese partner, premium iron ore product and location to port, power and rail services, Canadian developer Alderon Iron Ore has all it needs to build a highly profitable mine.

When building an iron ore mine, location and the infrastructure that comes with it often determine the mine’s viability, affordability and profitability. This principle is central to the ethos of Alderon Iron Ore Corp (TSX: ADV, NYSE MKT: AXX), a developer located in the Canadian iron ore district known as the Labrador Trough. Since iron ore operations began there in the early 1950s, the Trough became known for its high-quality, low-impurity iron ore. The region is considered a safe and stable jurisdiction with a long history as a mining camp that provides access to a skilled labour force. Today, the Trough produces 99.8 per cent of Canada’s iron ore output. With ArcelorMittal, Cliffs Natural Resources and Rio Tinto subsidiary Iron Ore Company of Canada (IOC) settled nearby, Alderon is in good company.

The company’s management team has significant hands-on development and operating experience in the region, with President and CEO Tayfun Eldem boasting more than 20 years working IOC, most recently as Vice-President of Operations and Engineering. He describes how Alderon’s confidence in the Kami property allowed it to partner with Altius Minerals (TSX: ALS) and then de-risk and develop the project over the last few years. Alderon is well positioned to advance the Kami project towards a producing iron ore mine that will cost US$1.3 billion to build,” he says.

The Kami Project is estimated to contain 1.8Mt of resource, of which Alderon is targeting 668Mt for production in Phase 1. This will be the basis of a 30-year mine producing around 8Mtpa of concentrate. One of the project’s greatest strengths product, which, at 65 per cent, constitutes a premium product that can sell for a greater amount than the spot price, according to Eldem.

“When you compare our end product with that of iron ore producers in other countries, its deleterious element content is extremely low,” he says. “Steel producers will blend our product with a lower-grade ore, allowing them to reduce their fuel consumption when making steel, as well as their operating costs.”

The Net Present Value (NPV) of Kami is US$3.24 billion. Modest production and operating costs make the mine’s high-grade product even more profitable.

“Our production costs will be about US$42 per ton,” Eldem adds. “With the spot price currently around $130 per tonne, our project has strong fundamentals and a good projected profit margin at current levels.”

Alderon has awarded the US$92.5 million EPCM contract for the Kami Project to WorleyParsons Canada Services Ltd, who has extensive experience of operating in Newfoundland and Labrador. “We were very impressed with their commitment to performance in workplace health and safety along with their track record in successful execution of EPCM mega projects in the natural resource sector,” comments Eldem.

Eldem argues that, while the grade of a mine’s end product is important, in an iron ore project it’s the nearby infrastructure that can make or break it. “When mining for gold, you could use helicopters to transport it from the mine site; but as iron ore is measured by the ton, you need a rail service to take it from your property to a deep water port,” explains Eldem.

“We’re less than 15 kilometres from a rail line that’s connected to the deep-water port of Sept-Îles in Quebec. There is a road only 2.5 kilometres from the property, lowering the access cost, and we have access to low-cost hydroelectricity from Churchill Falls in Labrador. Because we’re in an area that’s been developing iron ore for the last 60 years, we are ideally located close to the infrastructure required to become the next producing iron ore mine in the Trough.”

Alderon has secured year-round port access by putting US$20 million towards building a new multi-user dock facility at Sept-Îles, which is also being funded by New Millennium, Labrador Iron Mines, Tata Steel, $55 million from the Canadian government and $55 million from the Port Authority. When finished early next year, the dock will be suitable for large cape-size vessels carrying 250,000 deadweight tonnes (dwt).

Alderon would not be where it is today if not for its most significant business partners: China-based Hebei Iron and Steel Group Company Limited (HBIS) and U.S.-based Liberty Metals & Mining Holdings. Both companies were brought into the project by Executive Chairman Mark J. Morabito, aided by his 15 years of experience in raising money for junior mining companies.

HBIS was formed approximately two years ago from the amalgamation of several iron and steel companies in the Chinese province of Hebei, making it the largest steel producer in China and third largest in the world. When Morabito approached HBIS it was producing 10Mt of iron ore per year from its Chinese-owned mines, but wanted to expand its supply with investments in iron ore mines outside of China.

“Mark’s timing was right on, because he was looking for a strategic partner for Alderon just as HBIS was considering investments outside of China to diversify its supply base away from the three dominating iron ore producers, Vale, BHP and Rio Tinto,” Eldem says.

“HBIS Chairman Wang Yifang agreed to an off-take agreement as he saw that Canada had a very business-oriented political environment and that Alderon had a premium product that it could blend with Australian ore to manufacture steel.”

Liberty Metals & Mining Holdings is a division of Liberty Mutual, one of the largest insurance companies in the United States. It owns 14.5 per cent of Alderon while HBIS owns 19.9 per cent and Altius, the original owner of the Kami Project, owns 25.3 per cent and a royalty stream of three per cent. HBIS paid Alderon US$62 million for company shares and $120 million for 25 per cent of the asset, and is also responsible for 25 per cent of the CAPEX contributions up to $1 billion. In consequence, Hebei is guaranteed 60 per cent of the product output at a five per cent discount and has the option to purchase additional tonnage with no discount.

The past year has been extremely productive for Alderon and the 12 months ahead contain a number of key milestones; the company expects to secure its environmental permits by the end of 2013, after which it will announce the mine’s financing plan. “We need to raise around US$1 billion over the next two years and are holding meetings with investment banks in China, London, New York and Canada for this purpose,” says Eldem.

Alderon is also in negotiations with five steel companies to find a buyer for the remaining 40 per cent of product not going to HBIS. The company hopes to pick up between US$100 and $150 million from this second arrangement.

Mine construction will follow, with production scheduled for the end of 2015. Further down the line, Alderon is looking at a Phase 2 expansion that would increase the mine’s production from 8Mtpa to 16Mtpa. “That’s something that will be possible once the mine is in operation for a few years. The option for a Phase 2 expansion is there and the paperwork we submitted for the environmental permits was for 16Mtpa, meaning we won’t have to reapply,” Eldem explains.

He says Alderon isn’t thinking about seeking further projects. “Right now we’re very focused on being a one-mine, one-company investment. Kami is such a big undertaking that we’re not thinking of buying other properties at this time. Our objective is simply to develop a mine at a low cost, so that it generates huge profits for our shareholders. We’re now very close to achieving that.”