Home | Features | July 11 | Alex Carrick – The economy is a pendulum

Alex Carrick – The economy is a pendulum 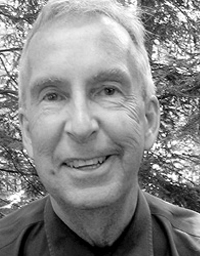 Think of all matters economic in terms of a pendulum. There is a natural resting point. There can be wide swings on either side, but there will always be strong forces at work to return matters to their natural state.

The resting point is equilibrium. There is comfort in this fact. After a period of recovery in the world economy, we are currently going through a moment of hesitation and doubt again. A lack of confidence in the outlook is gaining hold.

Some worry there will be a double-dip recession. It’s certainly not out of the question. But the problems that are giving rise to current anxieties have solutions that may be thrown up organically as events unfold.

Let’s look at some of these.

One of the biggest problems for the world economy is the barely-breathing U.S. housing market. New home starts in the U.S. have been in a deep depression for nearly six years.

There are forces at work that will eventually cause this situation to turn around.

Psychology will play a role. Potential homebuyers will come to the realization that home prices and interest rates are at lows that will never be experienced again. A certain tipping point will come that will see popular opinion shift towards the notion that now may be a good time to buy after all.

There is another key factor that is coming into play as well. On account of the vast numbers of former homeowners who have been turfed from their properties due to mortgage foreclosures, the demand for rental properties has increased dramatically.

Rental demand is also being augmented by young people who are leaving their family homes and setting up on their own. Young adults are actually experiencing the first stirrings of resurgence in the U.S. jobs market. They have the cutting-edge high-tech skills that are in demand.

As a result of these two trends, rental rates relative to home ownership costs are at their highest ratio in decades. That alone is an incentive for residential real estate demand to shift towards buying commitments again, necessitating more starts.

The ongoing weakness in the U.S. economy, combined with ultra low interest rates and no resolution of government budgetary problems, has lowered the value of the U.S. dollar relative to a basket of international currencies over the past two years.

The price of U.S. real estate has become considerably cheaper for potential investors from Canada, Australia and many other nations. As a result, foreign demand is starting to add some backbone to U.S. housing markets in popular retirement and vacation destinations.

As for the problems in Europe, they’re based in sovereign debt. Greece needs to be fixed first. It has become apparent Greece’s economic output will not be sufficient to generate the funds needed to pay off that nation’s debt. There is a legitimate worry about default and whether or not there may be a domino effect on the rest of the nations under the euro’s umbrella.

One thing is for sure. Greece’s debt will be restructured. And it will be all about the optics. Great care will be taken to ensure no default, in a technical sense, takes place. Lenders will be asked nicely and, if that fails, coerced or offered incentives to maintain their lending to the country beyond debt maturity rollover dates.

There is another way for a national government to raise money beyond onerous tax increases and vicious spending cuts. Hold a fire sale of government assets.

That’s a course of action Athens is making plans to undertake in fairly quick order.

The economic leader among euro nations is Germany. It’s doing very well, thank you, or more appropriately danke schoen. The number of people presently unemployed in Germany is the lowest since the early 1990s. German workers’ income growth is providing a big boost to consumer spending. Through the mechanism of German imports and neighbors’ exports, this has spillover benefits for the rest of Europe.

What about China? The U.S. continues to worry about competition from China and losing manufacturing employment in a process called outsourcing. But China isn’t going to be the world’s factory forever. It may seem hardly credible that with a population of 1.3 billion, China is beginning to face a worker shortage, but such is indeed the case.

The one-child policy has been in place since the 1980s. With the passage of time, China now has fewer young people entering the labour force than historically. What happens when there is a shortage of workers? Higher wages, that’s what. And a shift in power from management to labour. A nascent labour movement is underway in China, with strikes occurring with increasing frequency.

When one economic indicator or another transgresses beyond its former comfort zone, we sometimes hear there is a “new norm.” That may well be true, but “new norms” are probably rarer than one might think. In the years immediately leading up to the dot.com collapse, there was plenty of surmising that traditional price-earnings ratios no longer applied for new technology companies. That proved, in very costly fashion, to be emphatically not true.

And before the sub-prime mortgage crisis, there were supposedly new norms for debt leveraging by investment banks. And thanks to teaser-rate mortgages, home ownership could be achieved with very little income. Also, derivatives trading and interest rate swaps were new ways to grease industry’s wheels with very little risk. None of these notions panned out in the longer run.

We’ve paid the price. The pendulum has swung back. It’s trying to settle down in a more familiar sweet spot. But a little more time will still be needed.