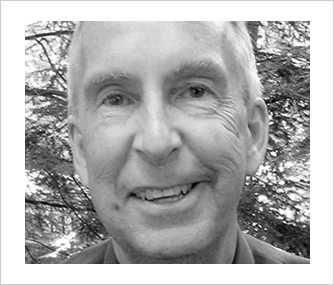 There were many significant fall-outs from Canada’s federal election on May 2. However, there is one shift in the economic landscape that is subtle and, as a result, might not receive as much attention as is warranted.

The election of a majority Conservative government to Ottawa is likely to have a significant upward affect on the value of the Canadian dollar over at least the next several years.

There will be periods of minor volatility along the way, but the trend is for a consistent appreciation of the loonie versus the greenback. This will put strains on the country’s manufacturing sector and lead to an important question that all Canadians should be considering. More on that in a moment.

The election of the Conservative majority government is pro-business in many ways. First and foremost, it will provide a welcome base of decision-making stability. For example, there is no longer doubt that the next stage of corporate tax cuts will be implemented as planned on January 1, 2012.

Just as significant is what has been taken off the table. There won’t be the personal income tax increases that were almost assured under a Liberal or NDP regime. How else would some of the proposed generous social programs have been paid for?

The oil and gas sector will have an easier go of it without the threat of a cap and trade system or the introduction of carbon taxes. And there is a reasonable and responsible plan to lower the federal deficit to zero by 2014.

These factors providing strong business-oriented governance will combine with commodity price increases that are all but inevitable, due to emerging market demand, to put upward pressure on the value of the loonie.

One should not be surprised to see the Canadian dollar test 110 cents U.S. within the next two years or possibly sooner.

The timing of such a shift probably depends on the relationship between the greenback and the euro. If the value of the euro continues to be held back by the sovereign debt problems of some of its member nations, the U.S. dollar will continue to be held by investors seeking safety.

However, if Europe sorts out its problems and if Washington fails to quickly resolve its deficit and debt problems, a sustained drop in the value of the greenback is likely. This will place Canadian manufacturers at an even greater disadvantage.

The possibility of such a sequence of events leads logically in one direction. There is matter about which Canadians should be giving a great deal of thought. Is there a case to be made for Canada and the U.S. adopting a single currency? Many arguments can be made in the affirmative.

Since March 2009, when the U.S. dollar was at its highest relative to a basket of international currencies—due to the financial crisis and investors everywhere seeking a safe haven for their money—the Canadian dollar has appreciated by one-third versus the greenback. That’s a circumstance that is pretty hard to plan for.

This is one of those rare moments when the stars may be in alignment for both nations to reap large rewards from such a bold move as adopting a joint super-dollar.

Canadians would benefit by having a much better idea of what to expect in terms of prices for goods and services sold across the border. There are implications in both directions, for import costs and export receipts.

The U.S. is looking for something dramatic to shock its economy. Aligning the American economy even more closely with Canada’s would improve U.S. prospects especially as they relate to energy security.

Canada is the largest foreign supplier of oil to the U.S. and is also an important source of natural gas and electric power. A single dollar would imply stronger self-sufficiency in energy for the combined U.S.-Canada currency entity.

Both countries would realize tremendous productivity gains. There are large savings to be realized simply by eliminating exchange rate calculations. This would especially spill over into the financial services sector.

Take this a further step. The Conservatives are known to favor the notion of a security perimeter around both countries with respect to visitors from other parts of the world. This is in answer to beefed-up and time-consuming U.S. security at land borders and in airports to reduce the terrorist threat.

Such a perimeter might also be a prelude to borderless crossings between the two countries. The savings to shipping companies and the spur to business and tourism travel would be enormous.

The Schengen Agreement between most of the countries in Europe provides a model. There would obviously be initial strains associated with cultural differences, the loss of a whole layer of government employment (i.e., border crossing guards) and the foregoing of some customs duties.

However, continental Europe has found a way to make the system work and it covers a terrain over which two world wars were fought.

Would the U.S. and Canada really want to risk a combined dollar similar in structure to the make-up of the euro? Especially given the euro’s recent period of crisis? There have been lessons learned and adjustments made that are proving beneficial to euro-member states.

In fact, due to the problem of sovereign debt in Greece, Ireland and Portugal, euro-membership compliance has been forcing some formerly profligate governments to undertake remedial action—in areas of accountability, labor market reform and pension entitlements—that will serve them much better in the long run.

None of this is to suggest the status quo is all that bad for Canada. There are many positives to be derived from a high-valued loonie. Citizens living in a country with a strong currency generally enjoy a higher quality of life.

A high-valued currency means import purchases are cheaper. For Canada, this is particularly beneficial in terms of productivity-enhancing machinery and equipment that is largely supplied from south of the border. Acquiring new and improved capital stock also often leads to greater fuel efficiency and a cleaner environment.

While there is an element of drainage from the local economy, cheaper travel to other nations is a means to broaden one’s outlook, become more cosmopolitan and live a more fulfilling life.

With a majority firmly in place in Ottawa, where should one look for the next potential political hot-button issue in Canada?

At the top of the list is the question of what the NDP’s rise in Quebec will mean for the sovereigntist movement. The next provincial election is scheduled for 2012 at which time there is a good chance the Parti Quebecois will replace the Liberals as the governing party.

Quebec voters are smart. They became fed up with being marginalized in Ottawa. They spotted an opportunity and “hijacked” the official opposition. Jack Layton is presented with an interesting challenge–to provide leadership to a national party committed to federalist principles in Canada while also answering to a caucus that will want to see particular benefits accruing to one province, Quebec.

Most interesting about the Quebec political scene at this time is how out of step it is with what is happening in many other regions of the world.

Quebec’s model of big government and big debt within a framework of cozy corporate and personal relationships and backed by high taxes that make it difficult to raise more money bears a close resemblance to what pushed Greece, Portugal and to a degree Spain and Italy into their current financial difficulties.