Home | Features | May 11 | Alex Carrick: Construction will be a cornerstone of Canada’s economy out to 2014

Alex Carrick: Construction will be a cornerstone of Canada’s economy out to 2014 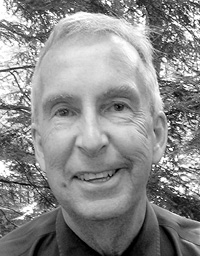 Construction activity is one of the cornerstones of a nation’s economy. It both reflects dynamic growth in other industries and is itself a provider of jobs and healthy output levels.

The industry’s importance was recognized during the recession when the federal government, backed by the provinces and municipalities, chose infrastructure stimulus spending as a means to maintain employment and provide everyone with a measure of optimism about upcoming work.

By way of contrast, consider what happened in the United States. The subprime mortgage mess was a fiasco not just because it brought on a financial sector crash, but because it devastated residential real estate markets. Parts of the U.S. economy are still trying to climb out of a deep and scary hole.

The U.S. housing-start slide began in January 2006. That’s when the speculative price bubble first burst. Downward adjustments began in vacation hot spots such as Las Vegas, where new condominium units were being built at an unsustainable rate. Teaser-rate mortgage problems came to light in July 2007 to be followed by the collapse of Lehman Brothers in September 2008.

From their peak to the present, U.S. home starts have declined by 80 per cent. That’s an unbelievable drop. In Canada, we had nothing like the same degree of decline. Our worst period occurred between October 2008 and April 2009 when home starts fell from 209,000 units to only 112,000.

The U.S. lost 8.4 million jobs during its recession and has since made back only 1.5 million. The woes of the U.S. housing sector and labour markets have fed off each other. Who wants to move in search of a new job when the price of the home they’re selling is less than the mortgage value? Who can commit to a new home purchase when they’re not sure about having a pay cheque?

The U.S. jobs picture is finally turning around but it will take a couple of years for new home starts to recover to any robust degree, given the huge excess inventory of foreclosed homes.

In Canada, interest rate incentives provided by the Bank of Canada and resurgence in existing home sales combined to propel new home starts onto a more accommodating path by late 2009.

Peak-to-trough home prices in the U.S. fell by one-third. They had a brief uptick thanks to a new-homebuyer tax incentive program launched by Washington, but once it ran out in April of last year, demand faltered again. The average price of resale homes in Las Vegas has dropped by 50 per cent.

In Canada, new home prices are up two per cent year over last year according to Statistics Canada and existing home prices are nearly nine per cent higher versus the same time last year, as calculated by the Canadian Real Estate Association. There’s nothing shabby about those performances.

That’s only residential construction’s contribution to the economy in Canada during the recession. On the non-residential side, the public sector kicked in with numerous projects.

CanaData compiles a list of the Top 10 construction projects to start each month. From the summer of 2009 well into the fall of last year, those lists were dominated by institutional and engineering work. Both categories are heavily government financed. Private sector money jumped into a foxhole for the duration and is only now beginning to stick its head up to see what’s going on.

The first indications of available investment money originating from sources other than the public sector have appeared in condominium and energy projects.

What has changed dramatically, however, is the proliferation of private sector projects that are being planned and talked about. Many of these are in the resource sector, as the break-out nation effect has served to hike raw material prices. This offers ever higher returns to owners if they can ramp up production.

The size of the Canadian construction market would undoubtedly surprise many people. In 2011, new construction will account for an estimated $240 billion worth of spending. That’s within a total GDP of $1.6 trillion. The 2011 construction dollar figure is derived from the Private and Public Investment in Canada, Intentions survey conducted by Statistics Canada. The latest results are based on survey responses from 28,000 owners.

By 2014, Reed Construction Data–CanaData is forecasting the value of construction in Canada will top $300 billion in “current” dollars (i.e., including a price-change component). In “constant” dollars (i.e., with no price effect), residential investment will grow two per cent per year on average out to 2014; non-residential, three per cent; and engineering/civil work at four to 4.5 per cent.

Residential construction is normally about 40 per cent of the total (with half of that being renovation work as opposed to starts); nonresidential is 20 per cent; and engineering is the remaining 40 per cent.

Nonresidential building is comprised of: (1) commercial work—hotels/motels, offices, stores and malls, stadiums, arenas and warehouses; (2) institutional—mainly healthcare facilities and schools, but also law enforcement and defence structures; and (3) industrial—all manner of factories and assembly operations, as well as smelters and foundries for primary metals.

Engineering work is expanding the fastest. At a four-plus per cent average annual growth rate, it will push up against manpower and material supply limitations.

That’s what caused the cost overruns experienced by Alberta’s expanding oilsands firms in the boom times of the mid-2000s.

The engineering category encompasses structures for which there is generally is no square footage, such as bridges, roads and highways; sewers and watermains; oil and gas pipelines and extraction plants; and electric power generating facilities.

Comparing Statistics Canada’s figure on the value of new construction with the number of jobs in the industry as set out in the labour force survey yields slightly more than 5,000 man years of employment per $1 billion. But this vastly understates the importance of the industry for job creation.

Many professions are closely tied to construction but are placed in other employment categories—for example, real estate agents and brokers; lawyers conducting property transactions; architects, engineers and other design professionals; and quantity surveyors.

Nor does it take into account individuals on assembly lines in manufacturing who provide building products for delivery to the field site. The jobs impact of $1 billion of construction, including all such secondary worker effects, is closer to 10,000 man years of employment.

The proof of the valuable role played by construction as viewed by politicians can be seen in the latest budgets at the federal, provincial and municipal levels.

Even though Ottawa’s special funding program for infrastructure projects is scheduled to run out at the end of October, many public works projects live on in government spending estimates.

Ontario is a prime example, with highway widening and extensions set to proceed and several rapid transit/subway projects on the drawing boards.