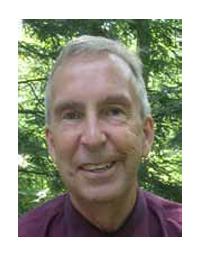 Is this another world-spinning-out-of-control story? Yes, but with a twist. I’m not sure it’s a bad thing.

Global economic affairs have been largely chaotic since the onset of the credit crunch in late 2008 and first-half 2009.

Even in our current supposed recovery phase, there is a heightened sense of uncertainty. Part of the reason may be that it’s no longer clear who’s in charge.

We used to be able to look to one person, the U.S. President for example, and say he’s got a grip on things.

Failing the President, it might have been an institution, like the G7 or the International Monetary Fund (IMF). Not anymore. Now everyone seems to be floundering. The limits to power are on display for all to see.

Of course, vested interests are fighting back. Politicians still like to think they’re in charge. In democracies, however, that lasts only as long as voters put up with them.

Does that mean voters are in charge? Not necessarily. You can change governments but you might not get what you think you want. We all know money talks. Maybe it’s the people who control the purse strings who also pull the puppet strings.

What about Wall Street bankers? They really are smart people. The latest evidence of this can be found in what they’ve just gotten away with.

Despite whatever role they may or may not have played in bringing down the world-wide financial system, none of them has been charged with any wrongdoing.

But hang on, there’s a flaw in that argument. Look at the first part of the sentence. Their often reckless actions did cause a financial collapse. And they continue to demonstrate they are fallible. The President of JP Morgan Chase, Jamie Dimon, has just admitted to a “stupid” and “egregious” trading mistake at his bank that will cost billions of dollars.

Government bailouts have set the tone and critics of the banking sector have said it best. Profits have been privatized but losses socialized. Maybe it’s the credit rating agencies that are calling the shots. If they say a country has a debt problem, investors take note and demand a higher interest rate to purchase that nation’s bonds.

But wasn’t it the rating agencies that said sub-prime mortgage notes were okay? They’re not to be totally relied on either. I guess the final answer is that some swirling interaction among all these parties determines the outcome.

That’s why it’s become so hard to get a handle on the present. But that’s life. We have to deal with it.

Incumbent governments in Europe are being toppled one after another – Norway, Spain, Greece and France. Electorates have decided to throw the “scoundrels” out.

Sitting members have been blamed for the pickle these nations are in. That may not be quite fair.

The problems of fiscal profligacy have grown over a long period of time and have occurred under the watches of successive governments led by often divergent political parties. The net effect has been to leave the average man and woman facing years of sacrifice.

Is there a means to circumvent austerity all-day every day? That’s what some countries in Europe are asking. The new and aspiring leaders in France and Greece are saying yes. They plan to stimulate their economies. They’re going to grow their way out of debt.

But there’s a problem. Lack of fiscal discipline – i.e., government spending far in excess of tax and other receipts – is what placed those countries in trouble in the first place.

Furthermore, the dreaded rating agencies are likely to see such action as increasing the risk of default. That will mean higher interest rates, causing deficits to shoot up in a classic vicious circle.

Inflation’s pretty low everywhere right now. Why not crank up the printing presses? Because it’s already been tried (e.g., QE1 and QE2 in the U.S.) and hasn’t worked to any outstanding degree.

It has, however, left a residual effect. There’s an awful lot of unallocated money sloshing around in the world economy. Corporations are sitting on piles of reserves.

History has shown that interest rates at or near record lows, combined with vast injections of cash, will lead to an inflation problem when the world economy does find its feet again.

So the new governments everywhere will likely be forced to toe the line more than voters expected when they cast their ballots.

In Canada, our recent voting pattern has been the opposite of what has happened in Europe. Here, because the recession was relatively mild, and the outlook remains uncertain, the decision has been to stick with the parliamentarians we know. This has included recent elections in Ottawa, Ontario and Alberta.

If Europe can get a better handle on its affairs, the outlook for the world economy will be much improved. Certainly North America has a lot to be pleased about.

The U.S. is finally creating jobs at a good pace and unemployment has fallen to 8.2 per cent. In Canada, the number of new jobs has risen impressively of late and the jobless level is only 7.3 per cent.

With new methods to extract natural gas from shale rock, the United States is approaching self-sufficiency in energy. That’s a goal that seemed unattainable not so long ago.

A North American energy grid is taking place in fits and starts – the delay in the approval of TransCanada’s Keystone XL pipeline to the Gulf Coast notwithstanding.  About 20 per cent of Canada’s output is eventually sold into the U.S. market. Therefore, whatever is good for the U.S. economy is generally good for Canada as well.

The North American auto sector is rebounding strongly from a deep depression in 2009 and new investment spending will soon be required to expand capacity.

The proportion of labour-to-materials in manufacturing is increasingly falling and this means production processes are being re-patriated from emerging nations.

Also, manufacturing by means of 3-D imaging – with products built up from layers of plastic fibre – is thought to be the wave of the future. This will mean more manufacturing taking place at the micro level (e.g., in home garages) and therefore domestically.

The U.S. housing market has hit bottom and is set for a rebound. Unfortunately, Canada’s home starts could take a turn for the worse, especially in the condo market. But the possible oversupply is mainly limited to Toronto and Vancouver. If employment growth continues as strong as it has been lately, we’ll weather the storm in okay fashion. Plus, Torontonians will soon have something else to focus on. The PanAm Games are coming to town in only three years.

Construction to prepare facilities will keep the mood in the construction industry fairly upbeat regardless of almost anything else that might transpire.

Alex Carrick is Chief Economist with CanaData, a division of Reed Construction Data (RCD). CanaData is the leading supplier of statistics and forecasting information for the Canadian construction industry. RCD is a division of the global publishing firm, Reed Elsevier. For more economic insight from RCD, please visit www.dailycommercialnews.com/features/economy.