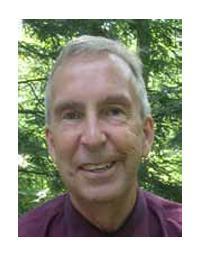 You’ve probably already picked your side. If you haven’t, you’ll soon be required to give it more thought.

The media has caught on to what’s happening. There are headlines in our major newspapers about “the disappearing middle”.

From a socio-cultural-philosophical standpoint, the world is increasingly splitting into left versus right.

In political terms, the divide is often expressed as liberal versus conservative. Or in a more plain-speaking vernacular – the “nanny state” versus those who hold that one should stand on one’s own two feet even if one is dizzy. Neither description sounds particularly flattering. But I am trying to express the split in an even-handed manner.

There’s a reason to attempt fairness. Both sides have their good points – and their flaws. There are strengths and weaknesses to the positions on either side.

The so-called “nanny state” clutches to its chest environmental protection, the rights of unionized labour, concern over laid-off workers and an inherent belief in the well-intentioned efforts and guidance of government.

The manifestations of this divide are everywhere, at home and abroad. It’s a key part of the ongoing debt struggle in Europe. Voter opposition to imposed austerity has led to the election of a left-leaning government in France.

In Greece, the people have been rioting in the streets for years. Once the truth emerged about the sorry condition of the state’s finances, other Euro-zone members demanded that Athens introduce structural reform to lower costs.

This was a pre-condition for the rest of the Euro-zone coming to the country’s aid with bail-out money.

But the pendulum has shifted and many in the Greek populace have become fed up with the sacrifices they’ve been asked to make. A radical-left party nearly captured power in a second round of voting, necessitated by failure to achieve a winner in the first round.

The political hi-jinks to the south across our own border have captured a good deal of our attention.

The U.S. serves as an example of how far polarization between left and right can proceed and how destructive it becomes.

The downgrade of U.S. debt last summer was largely the result of politics.

The election of Tea Party members in the Republican Party to the House of Representatives has resulted in fiscal gridlock. Efforts to deal with the budget deficit are stymied at almost every turn.

Tea Partiers are intransigent on the subject of tax increases. They won’t allow them under any circumstances. This assigns most efforts at compromise – the traditional way Washington muddles through – to the dust heap.

The nastiness of the great left-versus-right debate becomes most apparent at election time. Unfortunately, thanks to the Mid-terms, the U.S. is almost always in heightened election mode and 2012 is a presidential election year. The amount of money being spent by Super PACs is obscene and the level of attack ads is appalling.

The recall vote in Wisconsin that saw Republican Governor Scott Walker hold onto power – after outrageous amounts of money were injected into the state from outside donors – ramped up the rhetoric. Mr. Walker has been particularly effective in eliminating a state deficit by cutting back the privileges formerly granted to unionized public sector employees.

Union busting has now become an overt part of the political dialogue in North America.

Within Canada, students in Quebec have been “striking” against proposed tuition hikes for the past three months.  The student leadership has acknowledged the protest is about more than university fees. It’s also an expression of annoyance with the way business is conducted as usual in the province – the alleged corruption and the perceived cronyism.

The Charbonneau Inquiry into wrongdoings in the construction industry only came about after a great deal of stalling. It threatens to be a humiliating embarrassment for the powers that be. Due to the wide scope of the student’s concerns, their actions have been dubbed the “casserole” movement.

To most observers, it’s an anti-establishment protest in a vein similar to Occupy Wall Street.

If you’re a Canadian – and not attending a university in Quebec – you’re probably not particularly comfortable with some of these trends. Maybe this is a typical Canadian response, trying to find the balance. But we’re becoming caught up in the struggle just the same.

Ottawa is dominated by a Conservative Party that is claiming the middle ground, but clearly leans right on such issues as crime and the economy.

The NDP’s platform is more to the left than we’ve ever before experienced from an official opposition. Polls suggest the parties are running neck and neck in public opinion.

The Liberal Party, which has historically prided itself on mediation – East versus West, English versus French – has become a virtual non-factor.

Maybe the coming leadership drive will revive its fortunes, but the evidence suggests the Liberals will find it hard to establish an identity separate from the Conservatives and the NDP. This is one of the reasons a merger between the Liberals and NDP seems such a possibility.

The left-right debate is a great deal more than just an academic exercise. The future of the country may well rest on which side of the spectrum prevails.

For a variety of reasons, there are many Canadians who are opposed to such a course a course of action.

There’s a rather large catch. B.C. is home to the most active environmental movement in the country. And there’s a longstanding NDP power base in the province.

Hearings on several key projects are currently underway. The federal Conservatives have made it clear where they stand. They want resource projects approved.

A titanic struggle threatens to erupt. Don’t suppose you’ll be able to slide by without clearly deciding where you stand.

If you haven’t already done so, you may soon be forced to firm up your position.

Alex Carrick is Chief Economist with CanaData, a division of Reed Construction Data (RCD). CanaData is the leading supplier of statistics and forecasting information for the Canadian construction industry. RCD is a division of the global publishing firm, Reed Elsevier. For more economic insight from RCD, please visit www.dailycommercialnews.com/features/economy. Mr. Carrick’s lifestyle blog is at
www.alexcarrick.com and he would welcome a follow on Twitter (Alex_Carrick) or Facebook.