VANCOUVER, British Columbia, March 23, 2020 (GLOBE NEWSWIRE) — VANCOUVER, BC – (March 23, 2020) – Algernon Pharmaceuticals Inc. (CSE: AGN) (FRANKFURT: AGW) (OTCQB: AGNPF) (the “Company” or “Algernon”) a clinical stage pharmaceutical development company announces that it has awarded the contract to manufacture the active pharmaceutical ingredient for NP-120 (Ifenprodil), to U.S. based Cascade Chemistry. Algernon has made the decision to scale-up cGMP manufacturing of Ifenprodil to support its quickly evolving clinical program for acute lung injury (ALI), its urgent clinical focus on COVID-19 (Coronavirus), as well as its idiopathic pulmonary fibrosis (IPF) clinical program. Cascade Chemistry, based in Eugene Oregon, are specialists in chemical synthesis.
As work begins on the synthesis of Ifenprodil, the Company will also be moving forward as soon as possible with toxicity testing, as well as the development of new formulations for parenteral injection for ALI and an oral slow release formulation for IPF.“We are every pleased to have appointed Cascade Chemistry to start the synthesis of Ifenprodil,” said Christopher J. Moreau, CEO of Algernon Pharmaceuticals. “The Company believes strongly in the potential of Ifenprodil to treat patients who are suffering from  a severe acute lung injury as a result of various forms of respiratory diseases including coronavirus, influenza, and IPF.About Cascade ChemistryCascade Chemistry, is a contract research and manufacturing organization focusing on developing and scaling synthetic processes and working with client’s API’s from discovery to clinical manufacturing.For nearly 40 years, Cascade Chemistry  has provided crucial chemistry problem solving services to its clients. Over this time, it has developed a reputation as a reliable and experienced outsourcing partner. Cascade Chemistry continues to expand it’s R&D, process chemistry, and cGMP offerings. https://cascadechemistry.com/About NP-120 (Ifenprodil)NP-120 (Ifenprodil) is an N-methyl-D-aspartate (NDMA) receptor glutamate receptor antagonist specifically targeting the NMDA-type subunit 2B (Glu2NB). Ifenprodil also exhibits agonist activity for the Sigma-1 receptor, a chaperone protein up-regulated during endoplasmic reticulum stress. Although the anti-fibrotic activity of Ifenprodil in IPF is not known, recent studies have suggested a link between both receptors and pathways associated with fibrosis.Glutamate (Glu) is the main excitatory neurotransmitter which acts on glutamate receptors in the central nervous system (CNS) but overactivation of these receptors can cause several damages to neural cells including death. Recent studies show that the glutamate agonist N-methyl-d-aspartate (NMDA) can trigger acute lung injury (ALI). ALI is a direct and indirect injury to alveolar epithelial cells and capillary endothelial cell, causing diffuse pulmonary interstitial and alveolar edema and acute hypoxic respiration failure. ALI is characterized by reduced lung volume and compliance, and imbalance of the ventilation/perfusion ratio, inducing hypoxemia and respiratory distress and its severe stage (oxygen index <200) known as acute respiratory distress syndrome (ARDS). (1) Furthermore, pathological findings show that 64% of ARDS patients may have pulmonary fibrosis during convalescence (2).NP-120 (Ifenprodil) was initially developed by Sanofi in the 1990s in the French and Japanese markets for the treatment of circulatory disorders. The drug is genericized and sold in Japan and South Korea to treat certain neurological conditions.About Algernon Pharmaceuticals Inc. Algernon Pharmaceuticals is a clinical stage pharmaceutical development company focused on advancing its lead compounds for non–alcoholic steatohepatitis (NASH), chronic kidney disease (CKD) inflammatory bowel disease (IBD), idiopathic pulmonary fibrosis (IPF), and chronic cough.
Algernon has filed new intellectual property rights for NP-120 (Ifenprodil) for the treatment of respiratory diseases and is working to develop a proprietary injectable and slow release formulation.
CONTACT INFORMATIONChristopher J. Moreau
CEO
Algernon Pharmaceuticals Inc.
604.398.4175 ext 701
[email protected]
[email protected]
www.algernonpharmaceuticals.com.The CSE does not accept responsibility for the adequacy or accuracy of this release.Neither the Canadian Securities Exchange nor its Market Regulator (as that term is defined in the policies of the Canadian Securities Exchange) accepts responsibility for the adequacy or accuracy of this release. The Canadian Securities Exchange has not in any way passed upon the merits of the proposed transaction and has neither approved nor disapproved the contents of this press release.CAUTIONARY DISCLAIMER STATEMENT: No Securities Exchange has reviewed nor accepts responsibility for the adequacy or accuracy of the content of this news release. This news release contains forward-looking statements relating to product development, licensing, commercialization and regulatory compliance issues and other statements that are not historical facts. Forward-looking statements are often identified by terms such as “will”, “may”, “should”, “anticipate”, “expects” and similar expressions. All statements other than statements of historical fact, included in this release are forward-looking statements that involve risks and uncertainties. There can be no assurance that such statements will prove to be accurate and actual results and future events could differ materially from those anticipated in such statements. Important factors that could cause actual results to differ materially from the Company’s expectations include the failure to satisfy the conditions of the relevant securities exchange(s) and other risks detailed from time to time in the filings made by the Company with securities regulations. The reader is cautioned that assumptions used in the preparation of any forward-looking information may prove to be incorrect. Events or circumstances may cause actual results to differ materially from those predicted, as a result of numerous known and unknown risks, uncertainties, and other factors, many of which are beyond the control of the Company. The reader is cautioned not to place undue reliance on any forward-looking information. Such information, although considered reasonable by management at the time of preparation, may prove to be incorrect and actual results may differ materially from those anticipated. Forward-looking statements contained in this news release are expressly qualified by this cautionary statement. The forward-looking statements contained in this news release are made as of the date of this news release and the Company will update or revise publicly any of the included forward-looking statements as expressly required by applicable law.https://www.ncbi.nlm.nih.gov/pmc/articles/PMC5938426/https://www.ncbi.nlm.nih.gov/pubmed/19909524
CBJ Newsmakers 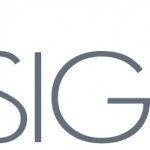 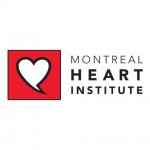 New clinical study: Potential treatment for coronavirus will be tested in Canada as of today