VANCOUVER, British Columbia, April 06, 2021 (GLOBE NEWSWIRE) — Algernon Pharmaceuticals Inc. (CSE: AGN) (FRANKFURT: AGW) (OTCQB: AGNPF) (the “Company” or “Algernon”) a clinical stage pharmaceutical development company, is pleased to announce that it has appointed Dr. Steven L. Wolf, a global expert in the field of Physical Therapy & Rehabilitation Medicine, as a consultant for its clinical research program for the treatment of stroke focused on AP-188 (“N,N-Dimethyltryptamine or DMT”).

Dr. Wolf, PT, PhD, FAPTA, is a professor in the Department of Rehabilitation Medicine, Emory University School of Medicine, where he explores novel interventions to improve extremity use in patients with stroke as well as mechanisms of cortical reorganization and inter-joint coordination associated with such changes. He is a world expert in physical therapy, a prolific and innovative researcher and leader who has made seminal contributions to patient care, and a highly sought-after lecturer and teacher who has been a valued mentor to students, residents and faculty. Dr. Wolf’s research has been widely disseminated via more than 300 publications. He has also authored or co-authored nine books that have become major pillars in the fields of physical therapy and rehabilitation medicine. Dr. Wolf has additionally made numerous appearances on National Public Radio and CNN, as well as multiple other media outlets as a subject expert commentator.

Dr. Wolf joins a distinguished group of scientists, researchers and clinicians who are working to help guide Algernon as it develops its DMT stroke clinical research program. His role will be to specifically assist with the investigation of DMT in the rehabilitation of patients that have suffered some form of deficit as a result of a stroke.

“We welcome Dr. Wolf to the Algernon team and look forward to his overall contributions and specifically his guidance on the design of our Phase 2 clinical study of DMT for stroke patients who are suffering from the effects of a stroke,” said Christopher J. Moreau CEO of Algernon Pharmaceuticals. “If DMT can help rewire the brain after an ischemic stroke, as indicated in a recent animal study, perhaps it can help people recover more quickly and reduce some of the serious long-term effects that result.”

Algernon is a drug re-purposing company that investigates safe, already approved drugs, including naturally occurring compounds, for new disease applications, moving them efficiently and safely into new human trials, developing new formulations and seeking new regulatory approvals in global markets. Algernon specifically investigates compounds that have never been approved in the U.S. or Europe to avoid off label prescription writing. 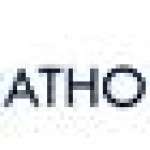 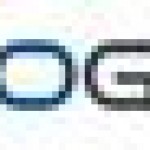 PyroGenesis to Present at Zooming with LD on April 12th