VANCOUVER, British Columbia, Oct. 09, 2020 (GLOBE NEWSWIRE) — Algernon Pharmaceuticals Inc. (CSE: AGN) (FRANKFURT: AGW) (OTCB: BTHCF) (the “Company” or “Algernon”) a clinical stage pharmaceutical development company is pleased to announce that Dr. Mark Swaim, a former practicing physician and researcher has joined the Algernon Medical and Scientific Advisory Board.
Dr. Mark Swaim, MD, PhD graduated from Duke University with honours, where he was an NIH-sponsored Medical Scientist Training Program scholar, and was elected to the Alpha Omega Alpha Honor Medical Society and served as its president. He completed post-graduate training in internal medicine, gastroenterology and hepatology at Duke University Medical Center and post-doctoral research at National Taiwan University in Taipei. Dr. Swaim served on the faculties of Duke University Medical Center, University of Texas MD Anderson Cancer Center and the McGovern Medical School of University of Texas in Houston. He was elected to fellowship in the American College of Physicians. He is editor-in-chief and founder of BioPub.co, a small-cap biotech special situations investing website with a global following.Update on South Korea COVID TrialDue to a lack of sufficiently ill patients, which is a direct result of a highly-successful government initiated pandemic mitigation strategy, the Company has decided to close the investigator-led South Korea trial. Instead, the Company will remain focused on its Phase 2b/3 multinational Ifenprodil COVID study, which currently has enrolled more than 75% of its target enrollment.The Company has projected that the multinational Phase 2b/3 study will be completed in November 2020, with a planned data readout before the end of Q4, 2020.“I am very pleased that Dr. Swaim has accepted our invitation to join our Advisory Board and we look forward to working closely with him,” said Christopher J. Moreau, CEO of Algernon Pharmaceuticals. “We also look forward to reaching 100% of our enrollment target of our multinational Ifenprodil Phase 2b/3 study for COVID shortly.About NP-120 (Ifenprodil)NP-120 (Ifenprodil) is an N-methyl-D-aspartate (NMDA) receptor antagonist specifically targeting the NMDA-type subunit 2B (Glu2NB). Ifenprodil prevents glutamate signalling. The NMDA receptor is found on many tissues including lung cells, T-cells, and neutrophils.The Company believes Ifenprodil can reduce the infiltration of neutrophils and T-cells into the lungs where they can release glutamate and cytokines respectively. The latter can result in the highly problematic cytokine storm that contributes to the loss of lung function and ultimately death as has been reported in COVID-19 infected patients. About Algernon Pharmaceuticals Inc. Algernon is a drug re-purposing company that investigates safe, already approved drugs for new disease applications, moving them efficiently and safely into new human trials, developing new formulations and seeking new regulatory approvals in global markets. Algernon specifically investigates compounds that have never been approved in the U.S. or Europe to avoid off label prescription writing.Algernon has filed new intellectual property rights globally for NP-120 (Ifenprodil) for the treatment of respiratory diseases and is working to develop a proprietary injectable and slow release formulation.CONTACT INFORMATIONChristopher J. Moreau
CEO
Algernon Pharmaceuticals Inc.
604.398.4175 ext 701info@algernonpharmaceuticals.com
investors@algernonpharmaceuticals.com
www.algernonpharmaceuticals.com.The CSE does not accept responsibility for the adequacy or accuracy of this release.Neither the Canadian Securities Exchange nor its Market Regulator (as that term is defined in the policies of the Canadian Securities Exchange) accepts responsibility for the adequacy or accuracy of this release. The Canadian Securities Exchange has not in any way passed upon the merits of the proposed transaction and has neither approved nor disapproved the contents of this press release.CAUTIONARY DISCLAIMER STATEMENT: No Securities Exchange has reviewed nor accepts responsibility for the adequacy or accuracy of the content of this news release. This news release contains forward-looking statements relating to product development, licensing, commercialization and regulatory compliance issues and other statements that are not historical facts. Forward-looking statements are often identified by terms such as “will”, “may”, “should”, “anticipate”, “expects” and similar expressions. All statements other than statements of historical fact, included in this release are forward-looking statements that involve risks and uncertainties. There can be no assurance that such statements will prove to be accurate and actual results and future events could differ materially from those anticipated in such statements. Important factors that could cause actual results to differ materially from the Company’s expectations include the failure to satisfy the conditions of the relevant securities exchange(s) and other risks detailed from time to time in the filings made by the Company with securities regulations. The reader is cautioned that assumptions used in the preparation of any forward-looking information may prove to be incorrect. Events or circumstances may cause actual results to differ materially from those predicted, as a result of numerous known and unknown risks, uncertainties, and other factors, many of which are beyond the control of the Company. The reader is cautioned not to place undue reliance on any forward-looking information. Such information, although considered reasonable by management at the time of preparation, may prove to be incorrect and actual results may differ materially from those anticipated. Forward-looking statements contained in this news release are expressly qualified by this cautionary statement. The forward-looking statements contained in this news release are made as of the date of this news release and the Company will update or revise publicly any of the included forward-looking statements as expressly required by applicable law. 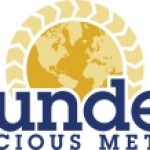 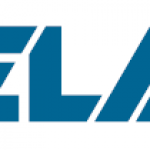