Between 1990-1995 he performed the first new US clinical research with psychedelic drugs in a generation. His studies involved DMT, and to a lesser extent psilocybin, and received federal and private funding. From 1995-2008 he practiced general psychiatry in community mental health and the private sector. He has authored or co-authored nearly 50 peer-reviewed papers, has served as guest editor and reviewer for numerous scientific journals, and consulted to various government, non-profit, and for-profit entities.

Dr. David Nutt DM, FRCP, FRCPSYCH, FSB, FMEDSCIDr. Nutt is currently an Edmund J. Safra Professor of Neuropsychopharmacology and Head of the Centre for Neuropsychopharmacology in the Division of Brain Science, Department of Medicine, Hammersmith Hospital, Imperial College London. He is also visiting professor at the Open University in the UK and Maastricht University in the Netherlands.

Dr. Nutt is also Chair of the charity DrugScience (formally the Independent Scientific Committee on Drugs (ISCD). He has been President of major national and international organisations: the British Neuroscience Association, the British Association for Psychopharmacology, the European Brain Council and the European College of Neuropsychopharmacology. In recognition of his research success he has been made a Fellow of the Royal Colleges of Physicians, of Psychiatrists and of the Academy of Medical Sciences. He is also the UK Director of the European Certificate and Masters in Affective Disorders Courses and a member of the International Centre for Science in Drug Policy. He has edited the Journal of Psychopharmacology for over twenty-five years and acts as the psychiatry drugs advisor to the British National Formulary. He has published over 500 original research papers, a similar number of reviews and books chapters, eight government reports on drugs and 31 books including one for the general public Drugs Without the Hot Air, which won the Transmission book prize in 2014. He was the clinical scientific lead on the 2004/5 UK Government Foresight initiative “Brain science, addiction and drugs” that provided a 25-year vision for this area of science and public policy.

StrokeDr. Dennis Choi MD, PhDDr. Choi is Professor of Neurology at Stony Brook University, having previously chaired that department and served as Director of the Neurosciences Institute there. Other prior positions have included Director of the Brain Science Institute at the Korea Institute of Science and Technology, Vice President for Academic Health Affairs at Emory University, Executive Vice President for Neurosciences at Merck Research Labs, and Head of Neurology at Washington University Medical School. Dr. Choi received his M.D. from the Harvard-MIT Health Sciences and Technology Program, as well as a Ph.D. in pharmacology and neurology residency training at Harvard. A fellow of the American Association for the Advancement of Science and a member of the National Academy of Medicine, he has served previously as President of the Society for Neuroscience, Vice-President of the American Neurological Association, and chairman of the U.S./Canada Regional Committee of the International Brain Research Organization.

Dr. Choi has been a member of the Board on Life Sciences of the National Academy of Sciences; the Nervous System Drugs Advisory Committee to the U.S. Food & Drug Administration; and Councils for the National Institute of Neurological Disorders and Stroke, the National Institute on Aging, the Winter Conference for Brain Research, the International Society for Cerebral Blood Flow and Metabolism, and the Neurotrauma Society; as well as the advisory boards of multiple companies and non-profit disease foundations. He was a founding co-editor-in-chief of the research journal, Neurobiology of Disease (Elsevier). He has been a pioneer in developing the field of neuroprotection, identifying mechanisms responsible for nervous system injury after acute insults and developing therapeutic countermeasures.

ManufacturingInstead of trying to harvest DMT from natural sources, a process which can result in issues with purity and supply, synthetically produced DMT will provide a source of stable and trusted drug substance and will enable the supply of large quantities for all Algernon research purposes as well as clinical needs going forward, on a global scale.Algernon is currently engaged in discussions with a Health Canada and U.S. FDA approved drug manufacturing company that has the experience and required licensure for the manufacturing and handling of DMT.CRO’sAlgernon has retained CRO Clinical Development Solutions (“CDS”), to support all aspects of the investigational brochure, study protocol and Pre-IND and IND application with the U.S. FDA as well as the CTA with Health Canada. CDS will provide high-level oversight and management of all clinical trials.The Company has also retained Novotech to conduct a feasibility study for Algernon to conduct all or part of its DMT stroke clinical research program in Australia. The Company has currently engaged Novotech for its Phase 2 clinical study for idiopathic pulmonary fibrosis and chronic cough as well as COVID-19. Australia is a favoured country for clinical research because of its government supported 43.5% refundable tax credit program.Algernon is also exploring conducting its DMT clinical research program in other countries as well.About Algernon Pharmaceuticals Inc. Algernon is a drug re-purposing company that investigates safe, already approved drugs, including naturally occurring compounds, for new disease applications, moving them efficiently and safely into new human trials, developing new formulations and seeking new regulatory approvals in global markets. Algernon specifically investigates compounds that have never been approved in the U.S. or Europe to avoid off label prescription writing.CONTACT INFORMATIONChristopher J. Moreau
CEO
Algernon Pharmaceuticals Inc.
604.398.4175 ext 701
[email protected]
[email protected]
www.algernonpharmaceuticals.com.Neither the Canadian Securities Exchange nor its Market Regulator (as that term is defined in the policies of the Canadian Securities Exchange) accepts responsibility for the adequacy or accuracy of this release.CAUTIONARY DISCLAIMER STATEMENT: No Securities Exchange has reviewed nor accepts responsibility for the adequacy or accuracy of the content of this news release. This news release contains forward-looking statements relating to product development, licensing, commercialization and regulatory compliance issues and other statements that are not historical facts. Forward-looking statements are often identified by terms such as “will”, “may”, “should”, “anticipate”, “expects” and similar expressions. All statements other than statements of historical fact, included in this release are forward-looking statements that involve risks and uncertainties. There can be no assurance that such statements will prove to be accurate and actual results and future events could differ materially from those anticipated in such statements. Important factors that could cause actual results to differ materially from the Company’s expectations include the failure to satisfy the conditions of the relevant securities exchange(s) and other risks detailed from time to time in the filings made by the Company with securities regulations. The reader is cautioned that assumptions used in the preparation of any forward-looking information may prove to be incorrect. Events or circumstances may cause actual results to differ materially from those predicted, as a result of numerous known and unknown risks, uncertainties, and other factors, many of which are beyond the control of the Company. The reader is cautioned not to place undue reliance on any forward-looking information. Such information, although considered reasonable by management at the time of preparation, may prove to be incorrect and actual results may differ materially from those anticipated. Forward-looking statements contained in this news release are expressly qualified by this cautionary statement. The forward-looking statements contained in this news release are made as of the date of this news release and the Company will update or revise publicly any of the included forward-looking statements as expressly required by applicable law. 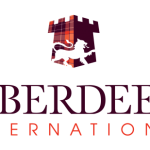 Aberdeen International Diversifies Into Clean Energy Investments With Agreement to Acquire a Significant Interest in AES-100 Inc., the World’s Only Technology Capable of Producing High Purity Green Hydrogen at <$5/kg led by Pinakin Patel, one of the top Scientists in Clean Hydrogen Technology 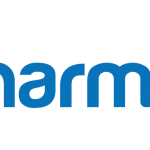