MONTREAL, Jan. 04, 2019 (GLOBE NEWSWIRE) — ALGOLD RESOURCES LTD. (TSXV: ALG – “Algold” or the “Corporation”) today announced that the Mauritanian Ministry of Oil, Energy and Mines (the “Ministry”) has granted a 12-month extension to the Corporation for the completion of the Tijirit Gold Project feasibility study.

At Algold’s request, the Government of Mauritania granted an extension for the delivery of the feasibility study. This will allow the Corporation to pursue more technical work, including drilling, metallurgy and hydrogeology, which can potentially expand the project’s scope and resources. The extension also clearly indicates the Ministry’s confidence in the Tijirit project. The feasibility study was originally scheduled for completion by the end of 2018.

Over the past 30 months, Algold has successfully completed several key milestones including: acquiring Tijirit; several rounds of financing to raise over $25 million, with $7.9 million from Mauritanian partners; 75,000 meters of drilling in four phases; filing of an NI 43-101 resource report and a Preliminary Economic Assessment; and receipt of a 30-year mining lease from the Government of Mauritania.

Algold is developing the Tijirit Gold Project, an area measuring more than 750 km2, which is comprised of the 306-km2 Tijirit Exploitation License and the 460-km2 Tijirit East Exploration License. The Tijirit Gold Project is situated approximately 25 kilometers southeast of the Tasiast gold mine. Exploration is being carried out on the Eleonore, Sophie I, Sophie II-III, Lily and SVS zones. 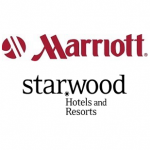