NOT FOR DISTRIBUTION TO U.S. NEWSWIRE SERVICES
OR FOR DISSEMINATION IN THE UNITED STATES OF AMERICATORONTO, Feb. 12, 2021 (GLOBE NEWSWIRE) — Allied Properties Real Estate Investment Trust (TSX:AP.UN)(“Allied”) announced today that it has closed its previously announced offering of $600 million aggregate principal amount of series H senior unsecured debentures (the “Debentures”). The Debentures bear interest at a rate of 1.726% per annum and mature on February 12, 2026. The Debentures were offered on an agency basis by a syndicate of agents led by Scotia Capital Inc., BMO Nesbitt Burns Inc. and CIBC World Markets Inc. DBRS Limited and Moody’s Investors Service, Inc. provided Allied with credit ratings of “BBB” with a “Stable” trend and “Baa2”, respectively, relating to the Debentures. The Debentures were sold pursuant to a prospectus supplement dated February 5, 2021 to Allied’s base shelf prospectus dated November 19, 2019.The Debentures are Allied’s inaugural Green Bond issuance under its previously announced Green Financing Framework, which is available on Allied’s website at https://www.alliedreit.com/company/esg/.Allied intends to allocate the net proceeds of the offering to fund the financing and/or refinancing of eligible green projects (“Eligible Green Projects”) as described in the Allied Green Financing Framework (the “Framework”). Prior to allocation of the net proceeds of the offering to Eligible Green Projects, Allied intends to use the net proceeds of the offering (a) to redeem in full its $150 million aggregate principal amount of 3.934% series B senior unsecured debentures due November 14, 2022 (the “Series B Debentures”), (b) to repay a first mortgage in the amount of $150 million secured by 700 de la Gauchetière West, Montréal, (c) to repay certain amounts drawn on Allied’s unsecured credit facility, and (d) for general trust purposes. The net proceeds will ultimately be allocated to Eligible Green Projects in accordance with the Framework.Although Allied intends to allocate an amount equal to the net proceeds of the offering as described herein, it will not be an Event of Default under the Series H Indenture if Allied fails to do so.The redemption of the Series B Debentures is expected to be completed on February 16, 2021 (the “Redemption Date”) pursuant to a notice of redemption distributed to holders of the Series B Debentures dated February 5, 2021. The Series B Debentures will be redeemed effective on the Redemption Date at a price equal to $1,051.82 per $1,000 principal amount of Series B Debentures plus accrued and unpaid interest to the Redemption Date totaling $1,519,709.59. The aggregate redemption price payable by Allied on the Redemption Date is approximately $159,292,710.About AlliedAllied is a leading owner, manager and developer of (i) distinctive urban workspace in Canada’s major cities and (ii) network-dense urban data centres in Toronto that form Canada’s hub for global connectivity. Allied’s business is providing knowledge-based organizations with distinctive urban environments for creativity and connectivity.Cautionary StatementsThis press release may contain forward-looking statements with respect to Allied including its intended use and allocation of the net proceeds of the offering. These statements generally can be identified by use of forward-looking words such as “may”, “will”, “expect”, “estimate”, “anticipate”, “intends”, “believe” or “continue” or the negative thereof or similar variations. The actual results and performance of Allied discussed herein could differ materially from those expressed or implied by such statements. Such statements are qualified in their entirety by the inherent risks and uncertainties surrounding future expectations, including the effect of the global pandemic and consequent economic disruption. Important factors that could cause actual results to differ materially from expectations include, among other things, general economic and market factors, competition, changes in government regulations and the factors described under “Risk Factors” in Allied’s Annual Information Form, which is available at www.sedar.com. These cautionary statements qualify all forward-looking statements attributable to Allied and persons acting on Allied’s behalf. Unless otherwise stated, all forward-looking statements speak only as of the date of this press release and the parties have no obligation to update such statements.The Debentures have not been, and will not be, registered under the United States Securities Act of 1933, as amended, or any state securities laws, and may not be offered or sold in the United States absent registration or an applicable exemption from such registration requirements. This press release shall not constitute an offer to sell or the solicitation of an offer to buy the Debentures in the United States or in any jurisdiction in which such offer, sale or solicitation would be unlawful.For more information, please contact:Michael R. Emory, President & CEO
(416) 977-0643
[email protected]Cecilia C. Williams, Executive Vice President & CFO
(416) 977-9002
[email protected] 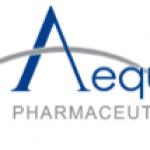 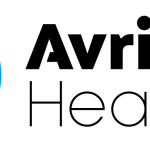