VANCOUVER, British Columbia, Feb. 04, 2021 (GLOBE NEWSWIRE) — Alpha Lithium Corporation (TSX.V: ALLI) (OTC: ALLIF) (Frankfurt: 2P62) (“Alpha” or the “Company”), sole owner of one of the last large, undeveloped salars in Argentina’s Lithium Triangle, is pleased to announce that it has commenced drilling of Phase Two of its three-phase drilling program on Alpha’s 100% owned, 27,500-hectare Tolillar Salar.
Further to its press release dated January 26, 2021, Alpha added a second drilling rig to accelerate the Company’s planned campaign by starting Phase Two before Phase One is complete. The current drill program is an additional step towards the completion of a 43-101 Resource Estimate. In that regard, engineers and geologists have been dispatched to ensure proper sampling protocols are undertaken to ensure a Resource Estimate can be completed expeditiously, upon completion of the drilling program.The second drilling rig is exploring on the portion of the Tolillar Salar that was previously acquired from the Salta Province energy and mining resources company, Recursos Energeticos y Mineros de Salta SA (“REMSA”). This new wellbore is the Company’s first foray into the southern extension that was previously identified using Vertical Electrical Sounding (“VES”) technology (see press release August 26, 2020). This part of Tolillar Salar has not been previously explored; however, the geophysics program identified deeper horizons indicated to contain brine and, if so, would add significant brine-bearing acreage to a corporate Resource Estimate.Brad Nichol, Chief Executive of Alpha, commented, “Last week was an incredible week for Alpha shareholders. We reported a three-times oversubscribed $20 million bought deal financing, demonstrating fantastic support from global institutions for our company and we reported the acceleration of our drilling program. We have previously determined the presence of lithium in Tolillar Salar and our job now is to map out and size the resource so that our internal lithium chemistry experts can begin testing of different Direct Lithium Extraction (“DLE”) technologies.”Alpha recently added a renowned group of lithium chemistry experts to its team (see press release November 18, 2020) for the purpose of examining and evaluating different DLE techniques that have been shown to economically extract lithium at concentrations lower than 100 mg/L.Qualified PersonMichael Rosko, MS, PG, of E. L. Montgomery and Associates (M&A) of Santiago, Chile, is a registered geologist (CPG) in Arizona, California and Texas, a registered member of the Society for Mining, Metallurgy and Exploration (SME No. 4064687), and a qualified person as defined by National Instrument 43-101. Mr. Rosko has extensive experience in salar environments and has been a qualified person on many lithium brine projects. Mr. Rosko and M&A are completely independent of Alpha Lithium. Mr. Rosko has reviewed and approved the scientific and technical content of this news release.ON BEHALF OF THE BOARD OF ALPHA LITHIUM CORPORATION“Brad Nichol”Brad Nichol
President, CEO and DirectorFor more information:
Alpha Lithium Investor Relations
Tel: +1 844 592 6337
[email protected]About Alpha Lithium (TSX.V: ALLI) (OTC: ALLIF) (Frankfurt: 2P62)Alpha Lithium is a growing team of industry professionals and experienced stakeholders focused on the development of the Tolillar Salar. Together, we have assembled 100% ownership of what may be one of Argentina’s last undeveloped lithium salars, encompassing 27,500 hectares (67,954 acres), neighboring multi-billion-dollar lithium players in the heart of the renowned “Lithium Triangle”. Other companies in the area exploring for lithium brines or currently in production include Galaxy Lithium, Livent, and POSCO in Salar del Hombre Muerto; Orocobre in Salar Olaroz; Eramine SudAmerica S.A. in Salar de Centenario; and Gangfeng and Lithium Americas in Salar de Cauchari.For more information visit: https://alphalithium.com/ and follow us on Twitter or Facebook.Neither the TSX Venture Exchange nor its Regulation Services Provider (as that term is defined in the policies of the TSX Venture Exchange) accepts responsibility for the adequacy or accuracy of this release. 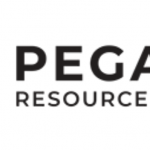