VANCOUVER, British Columbia, June 15, 2021 (GLOBE NEWSWIRE) — Alpha Lithium Corporation (TSX.V: ALLI) (OTC: ALLIF) (Frankfurt: 2P62) (“Alpha” or the “Company”) is pleased to announce that it is increasing its existing position in the Hombre Muerto Salar, Argentina. The Company has agreed to purchase a 100% working interest in an additional 287 Hectares in this world-class salar.

Hombre Muerto houses one of the most desirable lithium brines in the world, rivaled only by the Salar de Atacama in Chile, primarily due to its high lithium concentrations, exceptional brine flowrates and minimal levels of impurities. It has attracted billions of dollars of investment from the likes of Livent Corporation, Galaxy Resources and Korean giant, POSCO, amongst others.

The Company expects to build on this, and the first (see news release May 18, 2021), acquisition in this world renowned salar. Hombre Muerto is the highest quality and longest producing salar in Argentina and it benefits from an extensive amount of infrastructure developed to support Livent Corporation’s 25 years of production history.

Through a privately negotiated purchase and sale Agreement the Company has acquired a 100% interest in 287 Hectares – free of any 3rd party royalties – in the heart of the Hombre Muerto Salar. This latest acquisition brings the Company’s total to 4,087 Hectares. The Company’s position in Hombre Muerto, just as it is in neighboring Tolillar Salar, is 100% owned. The Company has agreed to pay US$750,000 for the property, which has been privately owned by the same individual since 1957.

Alpha’s newest asset is adjacent to POSCO’s property, which was purchased from Galaxy Resources in 2019 for US$280 million. POSCO has since been aggressively developing their project and is currently constructing a lithium production facility near to Alpha’s property.

Brad Nichol, President and CEO of Alpha noted his local team has a definite edge, “Our team has set a pace in Argentina that is unmatched. They have hundreds of years of combined experience in Hombre Muerto, Tolillar and all the major salars in Argentina and Chile. The progress we have made in the last year is a result of our team relying on their experience and strong, established relationships. This is a clear benefit to our shareholders – and it will continue to be so as we increase our presence in Hombre Muerto, now our second core area. We are excited about developing this world class asset, surrounded by numerous lithium giants.”

Alpha has $34.2 million in cash and equivalents and is well positioned to aggressively pursue high-quality growth in Argentina’s Lithium Triangle.

The Company is already making preparations for a drilling campaign in Hombre Muerto and expects to commence drilling shortly. Additionally, Alpha is currently drilling the final well of its Phase 3 drilling campaign on the Tolillar Salar (see news release April 13, 2021) and looks forward to the completion of that well, followed by an updated 43-101 Resource Estimate, in the coming weeks.

Alpha Lithium is a team of industry professionals and experienced stakeholders focused on the development of the Tolillar and Hombre Muerto Salars. In Tolillar, we have assembled 100% ownership of what may be one of Argentina’s last undeveloped lithium salars, encompassing 27,500 hectares (67,954 acres), neighboring multi-billion-dollar lithium players in the heart of the renowned “Lithium Triangle”. In Hombre Muerto, we are expanding our foothold in one of the world’s highest quality, longest producing lithium salars. Other companies in the area exploring for lithium brines or currently in production include Orocobre Limited, Galaxy Lithium, Livent Corporation, and POSCO in Salar del Hombre Muerto; Orocobre in Salar Olaroz; Eramine SudAmerica S.A. in Salar de Centenario; and Gangfeng and Lithium Americas in Salar de Cauchari. For more information visit: https://alphalithium.com/. 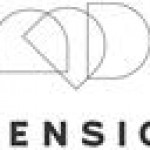 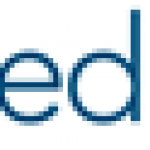