VANCOUVER, British Columbia, April 13, 2021 (GLOBE NEWSWIRE) — Alpha Lithium Corporation (TSX.V: ALLI) (OTC: ALLIF) (Frankfurt: 2P62) (“Alpha” or the “Company”), sole owner of one of the last large, undeveloped salars in Argentina’s Lithium Triangle, is pleased to announce that it has commenced drilling the deepest production well ever undertaken in the third phase of its inaugural drilling program in the Tolillar Salar.

Alpha continues to drill with two rigs. One of the two has now moved south in the Tolillar Salar and has started drilling the first Phase 3 exploratory hole planned as a production well to a minimum depth of at least 450 meters. This wellbore targets a potentially favorable aquifer identified from a previous Vertical Electrical Sounding (“VES”) geophysical study (see press release dated November 10, 2020), which extended the southernmost scope of the Tolillar Salar and appears to extend deeper than the equipment was able to measure, thereby deriving a thickness of at least 170 meters.

The second rig, when it has completed production testing on the current Phase 2 hole, will move to drill a fresh water well in the north east part of Tolillar Salar. A significant fresh water source is critical to production operations, as Direct Lithium Extraction (“DLE”) technologies typically require up to 3 m3 of fresh water to process each 1 m3 of brine. Fresh water has become a rare and valuable resource in the Lithium Triangle, and Alpha’s previous VES surveys have demonstrated an abundant, shallow source of fresh water near the Tolillar Salar. The nearby Hombre Muerto salar, widely known as the world’s second-best lithium brine salar, has been producing lithium for over two decades and has enjoyed a resurgence in the search for new lithium production to meet growing global demand, in spite of known water constraints.

As in previous phases, new wells will be logged with advanced logging equipment and Nuclear Magnetic Resonance (“NMR”) technologies provided by Zelandez Services Argentina (“Zelandez”). The NMR tools provide measurements that are used to estimate formation permeability and hydraulic conductivity, both of which are required by Alpha’s independent engineering firm to complete a resource estimate.

Alpha is currently planning to provide a NI 43-101 Resource Estimate after Phase 3 drilling is completed.

Brad Nichol, President and CEO, commented, “This next well is an exciting one. We are drilling into a deep, previously unexplored horizon at the southernmost extent identified by our earlier geophysical programs. While this horizon has been favorably developed and explored in the neighboring Hombre Muerto salar, it has never been explored at this depth before. The potential is considerable.” Nichol added, “Additionally, the availability of a fresh water source cannot be understated. Fresh water adds an element that is largely unavailable to other potential producers in the region. We know that fresh water supplies in Hombre Muerto are already challenged. A ready source of water on our property is potentially game-changing.”

Once Phase 3 drilling is complete, all drilling, logging and flow data will be reviewed by Alpha’s independent engineering firm, Montgomery and Associates, who have been engaged to prepare a Resource Estimate.

Michael Rosko, MS, PG, of E. L. Montgomery and Associates (M&A) of Santiago, Chile, is a registered geologist (CPG) in Arizona, California and Texas, a registered member of the Society for Mining, Metallurgy and Exploration (SME No. 4064687), and a qualified person as defined by National Instrument 43-101. Mr. Rosko has extensive experience in salar environments and has been a qualified person on many lithium brine projects. Mr. Rosko and M&A are completely independent of Alpha Lithium. Mr. Rosko has reviewed and approved the scientific and technical content of this news release.

Alpha Lithium is a growing team of industry professionals and experienced stakeholders focused on the development of the Tolillar Salar. Together, we have assembled 100% ownership of what may be one of Argentina’s last undeveloped lithium salars, encompassing 27,500 hectares (67,954 acres), neighboring multi-billion-dollar lithium players in the heart of the renowned “Lithium Triangle”. Other companies in the area exploring for lithium brines or currently in production include Galaxy Lithium, Livent, and POSCO in Salar del Hombre Muerto; Orocobre in Salar Olaroz; Eramine SudAmerica S.A. in Salar de Centenario; and Gangfeng and Lithium Americas in Salar de Cauchari. For more information visit: https://alphalithium.com/.

No securities regulatory authority has reviewed nor accepts responsibility for the adequacy or accuracy of the content of this news release. 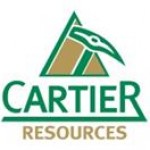