VANCOUVER, British Columbia, Jan. 19, 2021 (GLOBE NEWSWIRE) — Alpha Lithium Corporation (TSX.V: ALLI) (OTC: ALLIF) (Frankfurt: 2P62) (“Alpha” or the “Company”), sole owner of one of the last large, undeveloped salars in Argentina’s Lithium Triangle, is pleased to announce that it has received approval and drilling licenses for Phase Two of its three-phase drilling program on Alpha’s 100% owned, 27,500-hectare Tolillar Salar.
The drilling licenses replaced the previous licenses that had expired and could not be renewed during government COVID shutdowns. These licenses allow the company to initiate Phase Two of the Company’s three-phase drilling program (see press release January 12, 2021) for a complete summary of the three-phase drilling program) and drill at least two deeper wells on the eastern and southern portions of the salar.Drilling of Phase Two is expected to commence immediately after Phase One is complete, in the coming weeks.The Company started drilling its six-well, three-phase drilling program at the start of December (see press release December 1, 2020). All planned drilling operations on the first well are complete and the crew has now moved on to the second well in the program.The Company’s 27,500-hectare Tolillar Salar is one of the largest untested salars in Argentina and is 100% owned by Alpha Lithium. Previous drilling and sampling of the salar has established the presence of lithium across the tremendous arial extent of the Tolillar Salar and the current drill program is an additional step towards the completion of a 43-101 Resource Estimate.Alpha recently added a renowned group of lithium chemistry experts to its team (see press release November 18, 2020) for the purpose of examining and evaluating different Direct Lithium Extraction (“DLE”) techniques that have been shown to economically extract lithium at concentrations as low as 100 mg/L.Brad Nichol, Chief Executive of Alpha, commented, “While the news of receiving our Phase Two drilling licenses was expected, it is still very exciting to be readying ourselves for drilling to greater depths and defining the extent of the Tolillar Salar. All wells in this drilling program are being drilled as production wells, not just core holes. Previous campaigns and tests have provided us with the evidence of lithium and confidence to drill producible wells so that our internal lithium chemistry experts can begin the sampling and testing of different DLE technologies on our exact brine. This will allow us to move very quickly into the production phase at the Tolillar Salar. To that end, we have made significant progress with several DLE technology companies and hope to have news of that progress in the future.”Qualified PersonMichael Rosko, MS, PG, of E. L. Montgomery and Associates (M&A) of Santiago, Chile, is a registered geologist (CPG) in Arizona, California and Texas, a registered member of the Society for Mining, Metallurgy and Exploration (SME No. 4064687), and a qualified person as defined by National Instrument 43-101. Mr. Rosko has extensive experience in salar environments and has been a qualified person on many lithium brine projects. Mr. Rosko and M&A are completely independent of Alpha Lithium. Mr. Rosko has reviewed and approved the scientific and technical content of this news release.ON BEHALF OF THE BOARD OF ALPHA LITHIUM CORPORATION“Brad Nichol”Brad Nichol
President, CEO and DirectorFor more information:
Alpha Lithium Investor Relations
Tel: +1 844 592 6337
[email protected]About Alpha Lithium (TSX.V: ALLI) (OTC: ALLIF) (Frankfurt: 2P62)Alpha Lithium is a growing team of industry professionals and experienced stakeholders focused on the development of the Tolillar Salar. Together, we have assembled 100% ownership of what may be one of Argentina’s last undeveloped lithium salars, encompassing 27,500 hectares (67,954 acres), neighboring multi-billion-dollar lithium players in the heart of the renowned “Lithium Triangle”. Other companies in the area exploring for lithium brines or currently in production include Galaxy Lithium, Livent, and POSCO in Salar del Hombre Muerto; Orocobre in Salar Olaroz; Eramine SudAmerica S.A. in Salar de Centenario; and Gangfeng and Lithium Americas in Salar de Cauchari.For more information visit: https://alphalithium.com/ and follow us on Twitter or Facebook.Forward-Looking Statements
This news release contains forward-looking information which is subject to a variety of risks and uncertainties and other factors that could cause actual events or results to differ from those projected in the forward-looking statements. While these statements reflect management’s current plans, projections, and intents, by their nature, forward-looking statements are subject to numerous risks and uncertainties, some of which are beyond the control of the Company. Readers are cautioned that the assumptions used in the preparation of such information, although considered reasonable at the time of preparation, may prove to be imprecise and, as such, undue reliance should not be placed on these forward-looking statements. The Company’s actual results, programs, production decisions (if any) activities and financial position could differ materially from those expressed in or implied by these forward-looking statements. The Company assumes no responsibility to update or revise such information to reflect new events or circumstances, except as required by law.Neither the TSX Venture Exchange nor its Regulation Services Provider (as that term is defined in the policies of the TSX Venture Exchange) accepts responsibility for the adequacy or accuracy of this release. 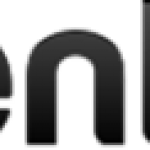 Home-based Heart Monitoring Now Available to All Canadians Through Icentia 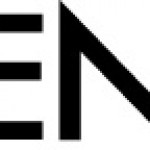