VANCOUVER, British Columbia, July 16, 2020 (GLOBE NEWSWIRE) — Alpha Lithium Corporation (TSX.V: ALLI) (OTC: ALLIF) (“Alpha” or the “Company”) is pleased to announce that it has completed its analysis of the first phase of Alpha’s high-powered Vertical Electrical Sounding (“VES”) geophysics program. This has resulted in the identification of what is believed to be significant brine deposits extending across the majority of the relatively small portion of the Tolillar Salar that was investigated.
The high-powered VES survey was shot on a small portion of the Company’s 27,500 hectares and successfully detected several horizons of high conductivity which likely represents subsurface brine deposits. The results coincide with shallow tests previously conducted on the salar which identified the presence of both brine and lithium. As a result, discussions have commenced regarding expanding the survey area to the previously unexplored southern portion of the salar. The survey results also suggest that drilling a combination of shallow and deep holes to investigate the brine chemistry and hydraulic and hydrochemical behaviour of existing facies is highly warranted.Brad Nichol, President and CEO, commented, “Our entire team is delighted about the results. We have identified highly conductive zones that are hundreds of meters thick and that extend beyond our area of investigation; thus, motivating us to consider another geophysical survey in a new part of our salar. We will continue to refine the results to determine the best drilling locations and start the process of securing the necessary permissions, equipment, and personnel to do so.  It’s an exciting result during an exciting time for Alpha!”This was the second VES survey conducted on the property and it incorporated a total of 24 VES measurements to determine sediment thickness and subsurface structural conditions. Of the 24 shots, five parametric control soundings were shot on different known outcrops beside the salar to provide additional confidence in the results.Qualified PersonMr Pablo Gomez MSc (Hydrogeol) MAIG, Principal Hydrogeologist of Tuareg Geological Services. Mr. Gomez is a member of the Australian Institute of Geoscientists (AIG), a practicing hydrogeologist with extensive experience exploring lithium salt lakes. Mr Gomez is a professor at the University of Salta in Argentina and has worked on several advanced lithium brine projects. He is an independent consultant of Alpha Lithium. Mr. Gomez is a Competent Person as defined in the JORC Code (2012) and NI 43-101 who has reviewed and approved the scientific and technical content in this release.ON BEHALF OF THE BOARD OF ALPHA LITHIUM CORPORATION
CBJ Newsmakers 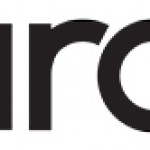