“With a long history of gold mining, Lavras do Sul is highly prospective,” said Mike Mutchler, Amarillo’s President and CEO.  “With this renegotiated agreement and the recent property acquisition, the Company has now simplified and consolidated a sizeable land package of highly prospective ground within the Lavras do Sul gold camp.”

Amarillo terminated its December 2007 Heads of Agreement with IAMGold and replaced it with a property Purchase Agreement that will transfer title of the properties from IAMGold to Energia Mineral Ltda., an Amarillo affiliate set up with Brazilian partners to meet Brazilian Border Area requirements.

Under the agreement, Amarillo will pay IAMGold an aggregate of US$700,000 in progress payments as the properties are developed. The Purchase Agreement also increases IAMGold’s net smelter royalty from 2% to 3%, 1% of which may be repurchased for US$1 million.

The exploration concession was also acquired through Energia via the National Mining Agency’s exploration auction process. It covers ground that immediately adjoins the current land package.

The Lavras exploration team has identified at least 23 known gold targets and showings through its systematic and phased approach to mineral exploration (see Figure 2). Most of the property had never been explored by modern exploration methods — due to a fragmented land ownership dating back to the late-1880s — until 2006.

Amarillo’s overall goal at Lavras is to open a second development front, which will bring it one step closer to realizing its vision of becoming a mid-tier Brazilian gold producer.

The development stage Posse Gold Project is on the Company’s Mara Rosa Property in Goiás State. It has a positive definitive feasibility study that shows it can be built into a profitable operation with low costs and a strong financial return. Mara Rosa also shows the potential for discovering additional near-surface deposits that will extend Posse’s mine life beyond its initial 10 years. The exploration stage Lavras do Sul Project in Rio Grande do Sul State has more than 23 prospects centered on historic gold workings.

This news release contains forward-looking statements regarding the Company’s current expectations regarding future events, including its business, operations and condition, and management’s objectives, strategies, beliefs, and intentions.

Various factors may prevent or delay our plans, including but not limited to, the trading price of the common shares of the Company, capital market conditions, impacts from the coronavirus or other epidemics, counterparty risk, TSXV approval(s), contractor availability and performance, weather, access, mineral and gold prices, and success and failure of the exploration and development carried out at various stages of the program. Permission from the government and community is also required to proceed with future mining production. Readers should review the Company’s ongoing quarterly and annual filings, as well as any other additional documentation comprising the Company’s public disclosure record, for additional information on risks and uncertainties relating to these forward-looking statements.

Readers should also review the risk factors applicable to junior mining exploration companies generally to better understand the variety of risks that can affect the Company. The Company undertakes no obligation to update publicly or otherwise revise any Forward-looking statements whether as a result of new information or future events or otherwise, except as may be required by law. 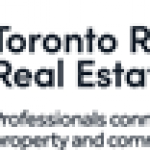 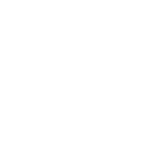