TORONTO, April 12, 2021 (GLOBE NEWSWIRE) — Drills are turning again at Amarillo Gold Corporation’s (TSXV: AGC, OTCQB: AGCBF) Mara Rosa Property in the State of Goiás, Brazil. Amarillo is following up on the successes of its 2020 exploration program, which defined gold mineralization up to 1.5 kilometres in strike length, approximately 3.5 kilometres northeast of its flagship Posse Gold Project.

A total of 8,500 metres will be drilled, including 6,500 metres of diamond drilling and 2,000 metres of reverse circulation drilling, on four target areas close to the Posse Gold Deposit. Posse hosts proven and probable reserves of 902,000 gold ounces, as detailed in the Amended and Restated NI 43-101 Technical Report Definitive Feasibility Study Posse Gold Project, Brazil. Dated August 3, 2020, the report was compiled by SRK Consultores do Brasil Ltda with input from other engineering companies and consultants.

“Amarillo’s work in 2020 generated numerous high-quality drill targets within an 8-kilometre radius of Posse, several of which will be drilled for the first time this year,” said Mike Mutchler, Amarillo’s President and Chief Executive Officer. “We’ll focus on defining new zones of mineralization, initially emphasizing the Pastinho target.

“The Covid-19 situation in Brazil remains critical and our thoughts and prayers are with the people of Brazil at this time. Mining and exploration remain a crucial function for the Brazilian economy and we are working closely with officials in Mara Rosa city to ensure that our employees, contractors, and neighbours are kept safe by following proper Covid protocols coupled with a rigorous testing program.”

The Pastinho deposit is located approximately 3.5 kilometres north east of Posse on 6,000 hectares of new exploration tenements that Amarillo gained access to in December 2019.

Limited drilling in 2020 defined a gold mineralized structure approximately 800 to 900 metres long oriented in a northeast-southwest direction along the same structural trend as the Posse Gold Deposit. The apparent thickness varies from 10 to 20 metres and dips about 60 degrees northwest.

Follow up surface trenching and shallow auger drilling extended the strike length of mineralization to about 1.5 kilometres (Figure 3). As previously disclosed, selected near surface drillhole intercepts include:

The planned drilling program will test the northeast strike extent and depth potential of the deposit.

Approximately 4,000 metres of diamond drilling is planned at Pastinho in 2021.

Estrela is located about 6 kilometres northeast of the Posse Gold Deposit.

Amarillo completed a detailed soil survey and shallow auger drilling in late 2020 defining anomalous gold over a strike length of 1.4 kilometres and widths of up to 800 metres (Figure 1). A detailed IP survey is currently underway, and the results should help with drill target selection.

Historical work by previous operators highlights the potential of the target. For instance, Mineracao Colorado (BHP) started exploration work on the target in 1983 and completed 74 trenches and sampling in 1986-1987. This was followed by 45 hammer drill holes.

Amarillo has budgeted for up to 2,000 metres of diamond drilling at Estrela in 2021.

The Speti target is located 2.2 kilometres northeast of the Posse Gold Deposit and interpreted to be hosted in the same northeast trending gold-bearing structure. Gold mineralization is characterized by strongly deformed and altered quartz-sericite schists hosting up to 1-2% disseminated pyrite. A surface soil gold anomaly has been defined over 400 metres of strike length.

Historical drill-testing returned 15 metres grading 0.62 g/t gold from 31.10 metres to 46.0 metres. This drill hole was oriented with an azimuth of 140 degrees and inclined at -70 degrees. The intersection width is estimated to be close to true width. A follow up drilling program in 2020 returned intercepts including:

Importantly, anomalous gold values bottomed in several holes and require follow-up work to better understand the nature and extent of this mineralization. A ground IP survey was recently completed at Speti, and the results have aided in the selection of drilling targets.

Approximately 650 metres of drilling in three drill holes is budgeted at Speti in 2021.

The Filo and Sorongo exploration concessions are located roughly 5 kilometres northwest of the Posse Gold Deposit along the same structure as the Zacarias gold deposit in the Eastern Belt (Figure 2). The Filo garimpo showing is a small shallow pit in oxidized material, with a few small shafts and pits from which some sulphide-bearing quartz veins were extracted.

WMC undertook a limited drilling program at Filo that outlined a historical reported resource of approximately 8,000 tonnes grading 2.88 g/t gold*. Some of the better historical drill results included 1.12 g/t gold over 4 metres and 2.11 g/t gold over 2 metres*. WMC reportedly did not drill outside the immediate area of the garimpo pit.

Sorongo is a larger garimpo pit compared with Filo, however, the mineralization and geology are similar. Mineralization is associated with a thrust fault and characterized by hydrothermal alteration, and brecciation and sulphide minerals along the sheared structure. Examples of historical drilling include 1.13 g/t gold over 2 metres with anomalous copper values, and 0.52 g/t gold over 1 metre*.

Amarillo has completed surface mapping, and sampling at the Filo and Sorongo showings.

An initial drilling program consisting of up to 1,000 metres is planned for these targets.

* These are historical results obtained from the reports and documents of previous operators and have not been independently verified by Amarillo.

Michael Durose, P.Geo., Consulting Geologist for Amarillo Gold Corporation and a qualified person (“QP”) as defined by Canadian National Instrument 43-101, has reviewed and approved the scientific and technical information contained in this release.

Trench channel samples were taken at 1 metre intervals and placed in a secure sample bag and submitted to ALS Laboratories Inc. in Goiania, Goiás State, Brazil for preparation by crushing to 70% passing 2.0 mm, riffle splitting to obtain 500 g aliquots, and pulverizing to 85% passing 75 microns.

Drillcore is logged and sampled in a secure facility located in Mara Rosa, Goiás State, Brazil. Drillcore samples for gold assay are cut in half using a diamond saw and submitted to ALS Laboratories Inc. in Goiania, Goiás State, Brazil for preparation by crushing to 70% passing 2.0 mm, riffle splitting to obtain 500 g aliquots, and pulverizing to 85% passing 75 microns.

Pulps are shipped to ALS Laboratories in Lima, Peru and analyzed by a 30 g fire assay and AAS finish. For assays above 10 ppm gold, a cut of the original pulp was re-assayed with a gravimetric finish.

Certified standards, non-certified blanks and field duplicates are inserted into the sample stream at regular intervals, so that QA/QC accounted for about 10% of the total samples. Results are routinely evaluated for accuracy, precision, and contamination.

The development stage Posse Gold Project is on the Company’s Mara Rosa Property in Goiás State. It has a positive definitive feasibility study that shows it can be built into a profitable operation with low costs and a strong financial return. Mara Rosa also shows the potential for discovering additional near-surface deposits that will extend Posse’s mine life beyond its initial 10 years. The exploration stage Lavras do Sul Project in Rio Grande do Sul State has more than 22 prospects centered on historic gold workings.

This news release contains forward-looking statements regarding the Company’s current expectations regarding future events, including its business, operations and condition, and management’s objectives, strategies, beliefs, and intentions.

Various factors may prevent or delay its plans, including but not limited to, the trading price of the common shares of the Company, capital market conditions, impacts from the coronavirus or other pandemics, counterparty risk, TSXV approval(s), contractor availability and performance, weather, access, mineral and gold prices, and success and failure of the exploration and development carried out at various stages of the program. Permission from the government and community is also required to proceed with future mining production. Readers should review the Company’s ongoing quarterly and annual filings, as well as any other additional documentation comprising the Company’s public disclosure record, for additional information on risks and uncertainties relating to these forward-looking statements.

Readers should also review the risk factors applicable to junior mining exploration companies generally to better understand the variety of risks that can affect the Company. The Company undertakes no obligation to update publicly or otherwise revise any forward-looking statements whether as a result of new information or future events or otherwise, except as may be required by law. 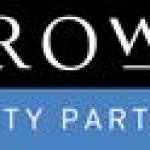 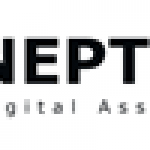