CBJ – Who would have ever thought that a company created to be an online bookstore would one day own MGM, the iconic movie and television studio. Then again, it’s unlikely anyone would also have thought Amazon would one day be one of the largest companies in the world with a value of $1.6 trillion and its founder, Jeff Bezos, becoming the world’s richest person. But 26 years later, it’s all happened.

The selling price of MGM is reported to be in the vicinity of $8.5 billion.  However, it’s not Amazon’s largest acquisition to date. That came four years ago on the purchase of Whole Foods for about $14 billion.

The purchase of MGM can be cross-promoted with the likes of other Amazon holdings that includes Amazon Prime Video, CNN, HBO and HGTV.

MGM was founded during the era of silent movies in 1924. 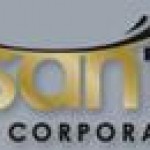