CBJ — Amazon has announced it will be setting up an office in the eastern suburbs of Ottawa, creating about 600 jobs.

Employees will select, pack and ship large items such as sporting equipment, gardening tools and household items at the yet to be constructed fulfillment warehouse.

The online retailer announced in April it would expand its Vancouver technology hub and create 3,000 new high-tech jobs.

Toronto is on the only Canadian city still in the running on the list of 20 finalists for a second headquarters, to run in tandem with Seattle, Washington, but Canada’s most populous city is considered a long-shot — at best. Most signs point to Atlanta, Washington and Boston as the three leading candidates. Amazon is expected to make a decision on its second North American headquarters later this year. 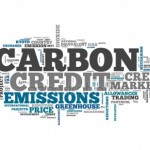