CBJ — Amazon is expected to hire as many as 100,000 people to keep pace with a huge surge of online orders in the U.S., Canada and other countries around the world.

The vast majority of new hires will be in American cities and the employees will be used to help pack, ship or sort orders, working in part-time and full-time roles. Amazon said the jobs are not related to its typical holiday hiring.

The Seattle-based company reported record profit and revenue between April and June as more people turned to it during the pandemic to buy groceries and supplies. In so doing, it has propelled its founder Jeff Bezos to reaching a personal fortune that has now far exceeded $180 billion, and that’s after paying out a costly multi-billion dollar divorce settlement.

Amazon already had to hire 175,000 people earlier this year to keep up with the rush of orders, and still has more than 30,000 corporate and tech jobs to fill.

In this round of hiring, Amazon needs more people at 100 new warehouses, package sorting centres and other facilities it’s opening this month. 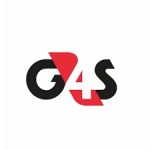